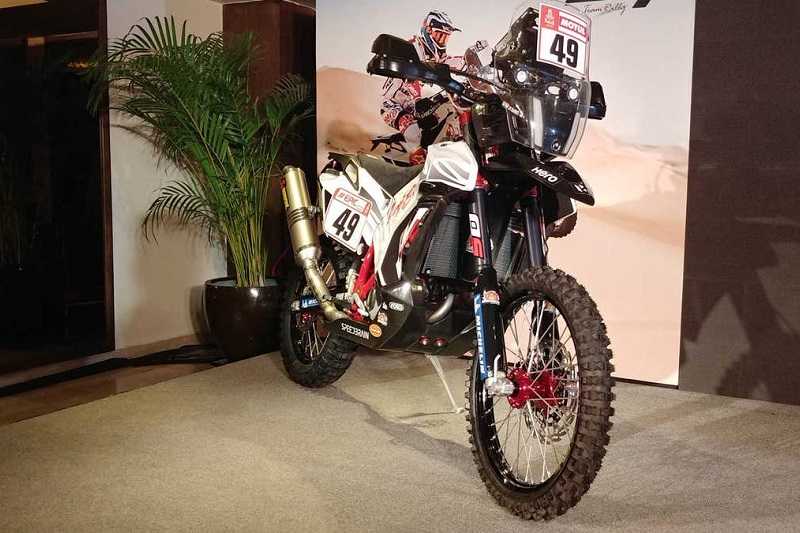 Based on the lightweight chromium-molybdenum steel frame, the new Hero RR 450 gets a 449.5cc single-cylinder engine producing 50bhp of power

Hero MotorSports Team Rally, which is essentially the motor-sport division of Hero MotoCorp, has showcased the new Hero RR 450 rally motorcycle in India. Along with the bike, world’s largest two-wheeler maker has announced its team for the Dakar Rally 2018. Indian rider CS Santosh along with Joaquim Rodriguues and Spanish Oriol Mena Valdearcos will ride the Hero RR 450 rally bike at the Dakar 2018.

The new Hero RR had participated in the OiLibya Rally in Morocco, where its performance was quite impressive. Hero MotorSports Team Rally also became the only manufacturer team with 100% arrivals at the 2017 Dakar Rally. The Team also won the BAJA India and managed to register a podium finish at the Desert Storm. World biggest rally-raid, Dakar will cross three countries in 2018, and it will start with Peru on January 6, 2018 and travelling through Bolivia before concluding in Argentina on January 20, 2018. The riders will have to cross 9,000 kilometers. There will be 14 stages out of which, 7 will be dunes/off-piste and 1 marathon stage for all categories. Also See – Upcoming Hero Bikes & Scooters At Auto expo 2018

The new Hero RR 450 is basically the upgraded version of the rally bike, which was used in the last year’s Dakar competition. The new model receives new styling along with cosmetic upgrades. There is a new fuel tank, upgraded body panels and front section that improves the mass centralization, handling and riding ergonomics. It is expected that the new Hero RR 450 rally bike could be unveiled at the Auto Expo 2018. 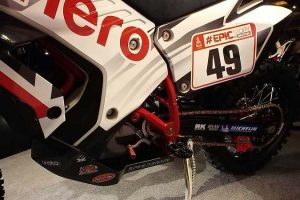 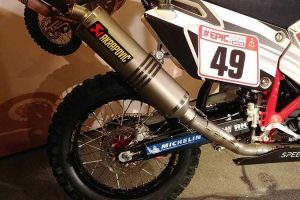 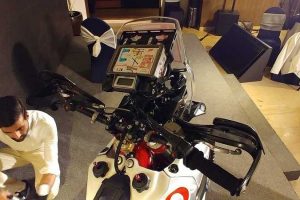 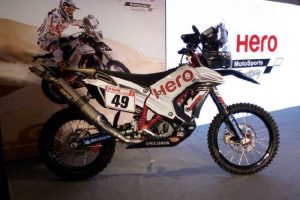 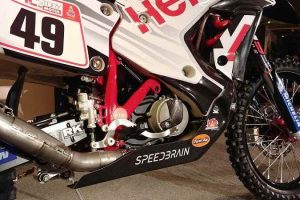 Based on the Speedbrain 450 rally motorcycle, the new Hero RR 450 rally bike is propelled by a 449.5cc single-cylinder engine. This engine is capable of producing a maximum power output of 50bhp. Weighing just 140kgs, this rally-spec motorcycle is claimed to offer excellent power-to-weight ratio.

Built on the lightweight chromium-molybdenum steel frame, the new Hero RR 450 gets body panels made up of a Carbon-Kevlar composite. The engine setup comprises of electronic intake pipe injection, dual overhead cams, digital engine management and an O-ring chain. Power is transmitted to the rear wheel via a six-speed gearbox. 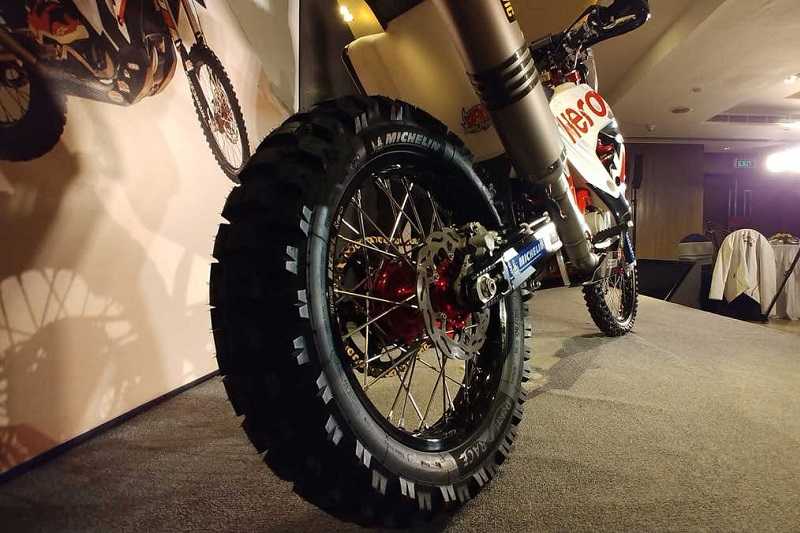 Markus Braunsperger, Chief Technology Officer, Hero MotoCorp and Head of Hero Motorsports said, “We are excited and prepared for Dakar 2018. The team is stronger, both in terms of men and machine. We are focused on improving our last year’s performance at the Dakar next month and believe that we have the right tools to do it. Next year will be important for us, as we aim to win more rallies and grow the sport in India.”

Wolfgang Fischer, Team Manager, Hero Motorsports Team Rally, said, “The last race for the Team was in October this year. The riders have been under intense training sessions, to improve their mental and physical fitness since their Dakar 2017 performance. They had a good run on the new bike at OiLibya and are now more confident on it. There is excitement in the Team with addition of Oriol and the entire team is now raring to have another go at the Dakar.”

CS Santosh, Rider, Hero MotoSports Team Rally said, “I am satisfied with this year’s preparations, where I had the opportunity to work with industry professionals and experts, which brought in a better structure to the preparations. I am very happy with the new bike that we raced with at the OiLibiya Rally in October. The new bike is light, agile and makes going fast safe! This Dakar I will aim to make each and everyday count! Ultimately it’s about enjoying the process and arriving at the finish line.”