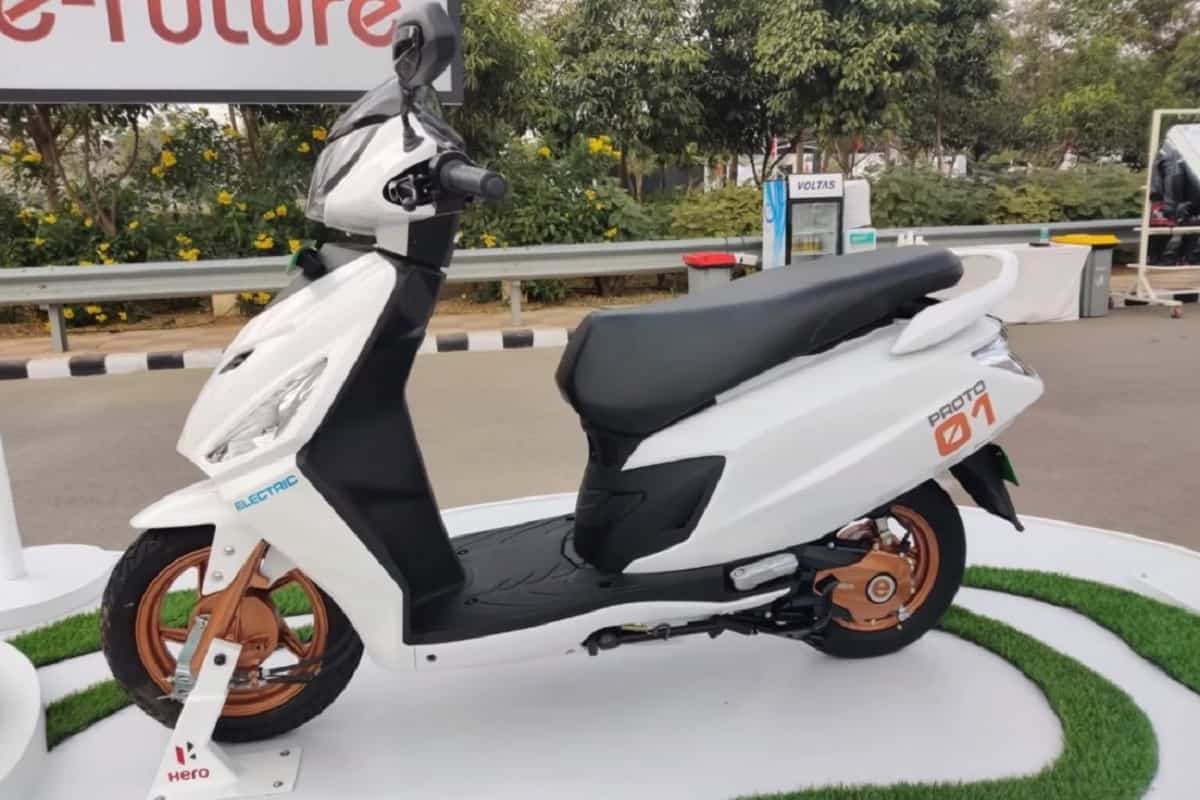 We have reported earlier that Hero MotoCorp is working on an electric scooter based on the Maestro Edge platform. Now, the first pictures of the Hero eMaestro electric scooter concept have emerged on the web. The concept was spotted at the company’s Jaipur based R&D center in Rajasthan. While there is no official word on its launch timeline, it’s reported to hit roads by the end of this year or early next year.

Powertrain of the Hero eMaestro will include a lithium-ion battery coupled to a permanent magnet motor. The power figure is still under the wraps. Though, it’s likely to be similar to its petrol version. The new electric scooter from Hero will offer three riding modes – Neutral (N), Drive (D) and Reverse (R). The modes can be changed via a twistable left handle bar. The right handlebar will have throttle control.

The headlamp and taillamp will have LED elements, while the indicators look conventional. The e-scooter concept has gold finish on the alloy wheels, electric motor and telescopic fork suspension unit. For performing braking duties, the vehicle will get front and rear drum brakes with CBS (combi braking system).

Once launched, the new Hero electric scooter will take head-to-head against the Bajaj Chetak and TVS iQube. It’s likely to be priced around Rs 1 lakh (ex-showroom).