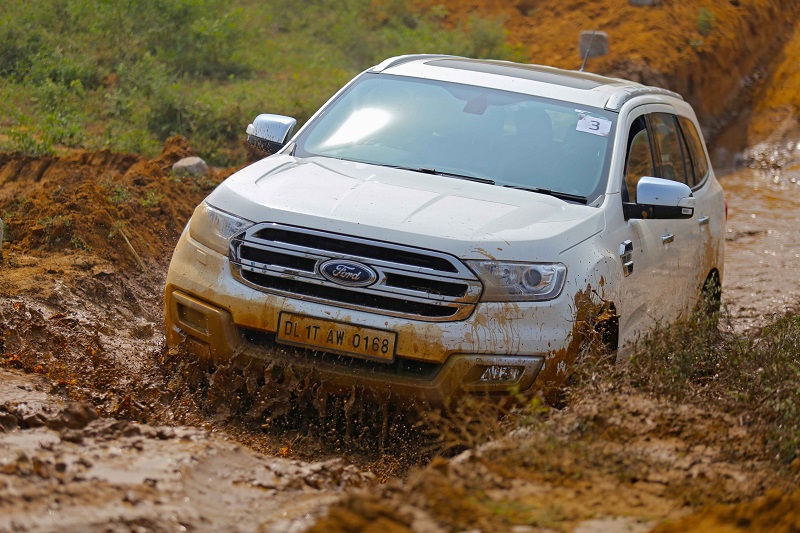 My first encounter with the Endeavour was at the age of 15 when an uncle of mine bought it and we went on a family trip. It was the first-generation model of the car which was immensely popular back then among rich people of the town. In our almost 600km trip to Jaisalmer (from Jaipur), the car had to pass through some of the worst terrains since the highway was either broken or not-at-all built. But the way it kept its calm while making sure everyone’s comfortable, it made me fall in love with it. Let me admit this, I had never sat in such a capable car before.

Though the car has completely changed now and there’s a flood of crossovers and pseudo SUVs in the market, my childhood charm for the Ford Endeavour is still intact.

The car is in its third generation now, and I was lucky enough to drive it soon after its launch – all thanks to my profession. Though my first drive was for a shorter duration and we mainly drove it around good city roads, Ford India recently invited for an event called ‘The Great Ford Endeavour Drive’ to let us test its off-road capabilities. 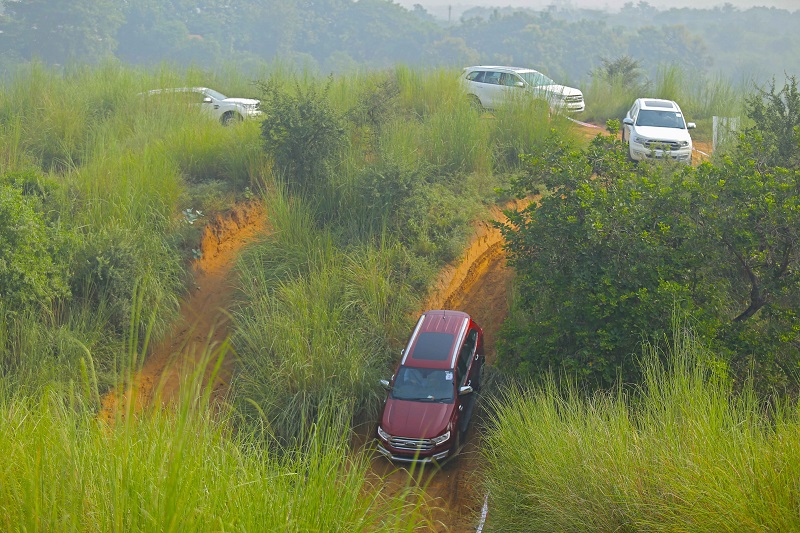 The off-road track for the Endeavour was in a village called Bandhwari, which is part of Aravali hills forest area on Gurgaon-Faridabad road. The track was made by Terrain Tigers‘ – a group of off-road enthusiasts based in Gurgaon. The variant given to us was the top-of-the-line Endeavour 3.2-litre 4×4, and an instructor from Terrain

Tigers was allotted to each car to help understand all the modes and navigate the path. 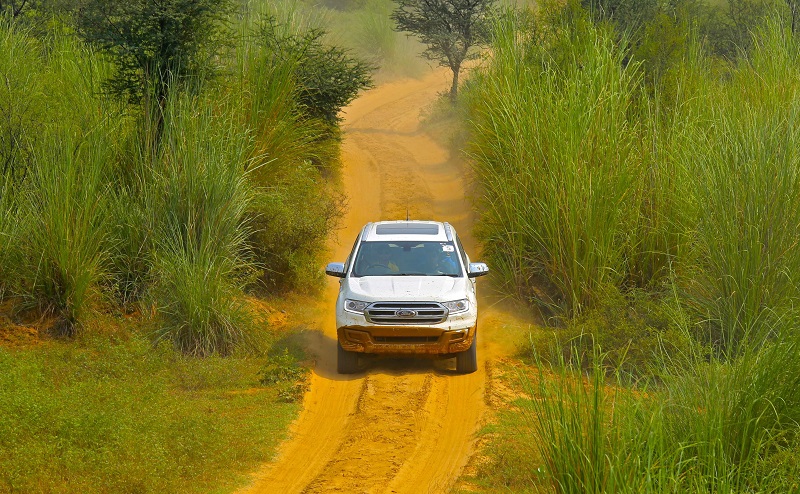 I was on the fourth batch of the event, and till then the track was definitely not in the shape it would have been for the drivers of the first two batches. But I am glad it became slightly more exciting and a little scarier, and I had full faith in the capabilities of the car. The track had a total of 13 hurdles – downhill and uphill, the raid, greenlaning, slush pit, 40-degree left & right tilt, steep fall, water wading and a few more – thus allowing a driver to test it on almost all obstacles one might experience in an off-road drive.

1. The Normal Mode is ideal for regular driving, but you can use it in low range as well with rear differential locked. While shifting to low range, one needs to take the gearbox in neutral and stop the car and push the Low-Range button. During the regular driving, the Endeavours’ 4WD (four-wheel drive) system helps shuffle torque between the front and rear axles (in 40:60 ratio). Besides this, it can swiftly alter power delivery when required. 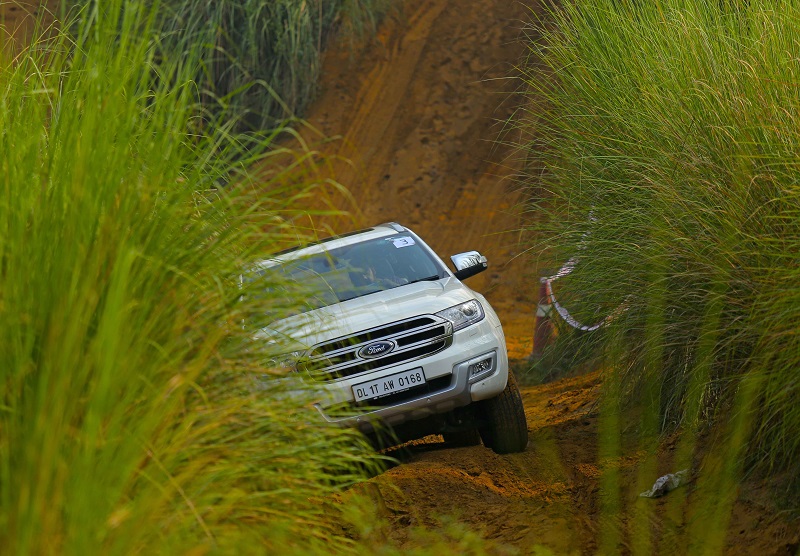 2. In the Grass/Gravel/Snow Mode, the throttle response of the vehicle gets more predictable. It doesn’t only makes the throttle less sensitive, but shifts gears up earlier and down later. This mode also enables powertrain to shuffle low-down torque to oppose plunge of torque. It also delivers torque to the front axle if required.

I was told to enable the snow mode during the slush pit section, and keep throttling while it had to cross the slush and then go uphill. And though it was quite slippery, it did hold really well and kept moving with no problem at all. 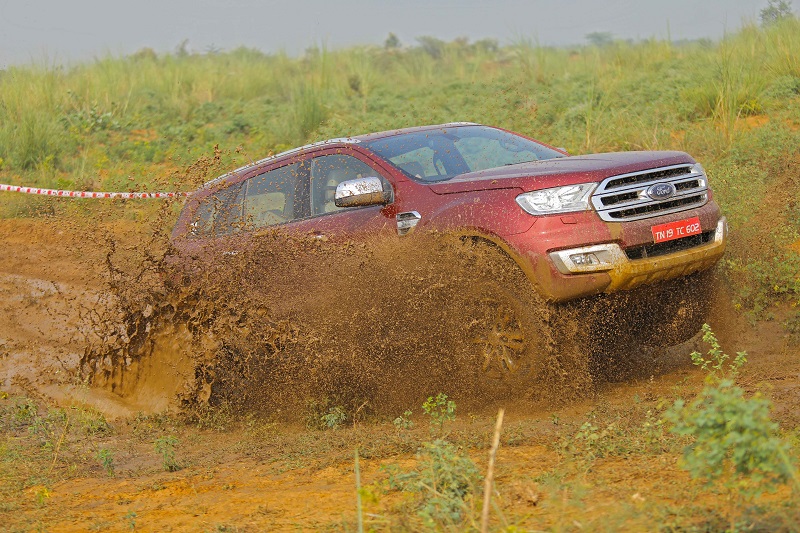 3. The Sand Mode elevates the throttle sensitivity, and allows the wheels to slip more readily with a rush of torque to uphold momentum. In order to maintain high RPMs, the gearbox too downshifts early and makes it easy going on sand dunes, turns and loose surfaces.

The Endeavour has the best-in-class water wading capacity of 800mm, and a special section was made to test it. This was probably the toughest stretch of the entire track as the water stored there had become muddy till our batch arrived. And right after crossing the water area, you need to climb up on a sand hill which too was slushy. Some drivers from the earlier batches had stuck there, and we were told to be a little careful. I put on the sand mode with low 4×4 and rear differential locked, and I was really happy to cross this hurdle without getting stuck even once. All I had to do was to keep throttling and steering till it crossed that part. 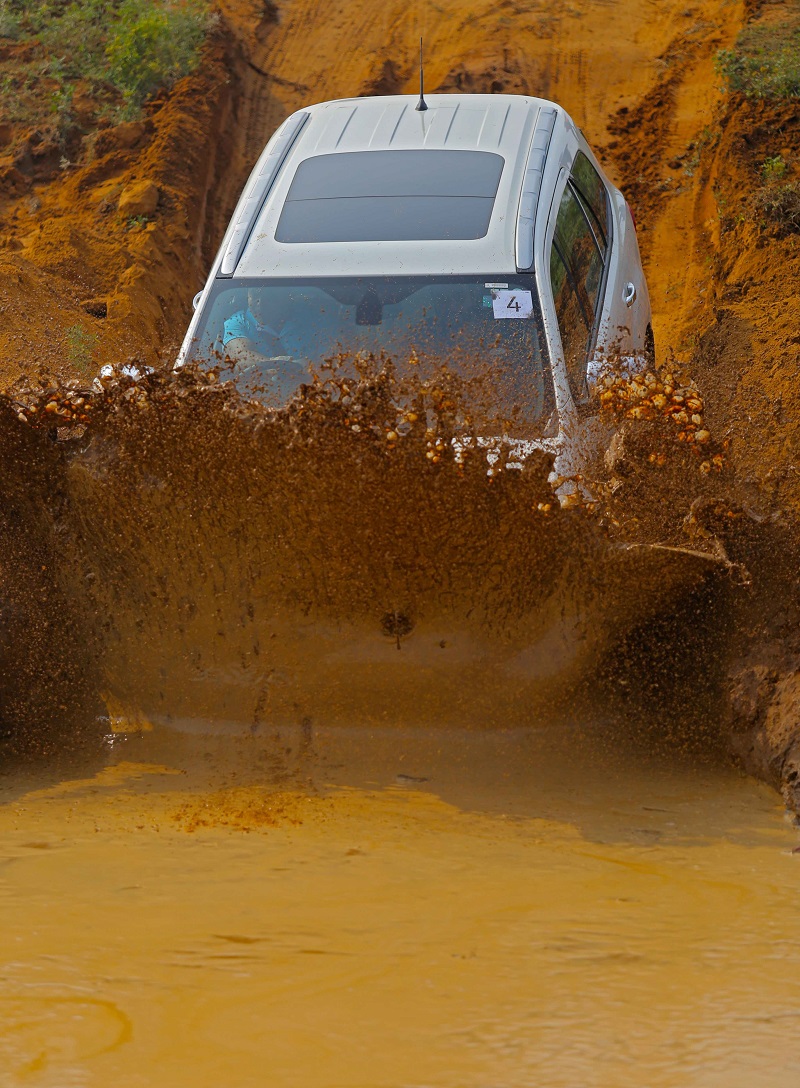 4. The final advantage of Endeavour’s TMS is its Rock Mode that offers an ultimate thrill to enthusiasts. It’s an ideal mode for challenging loss rock terrains. This mode helps maintaining wheel slip under control, and enables the vehicle move forward without losing traction. One can easily use low-range gearbox, and retain first gear for longer duration.

I used this particular mode with 4×4 low in most sections including steep hills (sharp drop & climb), 45-degree right & left tilt and others. And though those sections were scary, the car did hold pretty well. 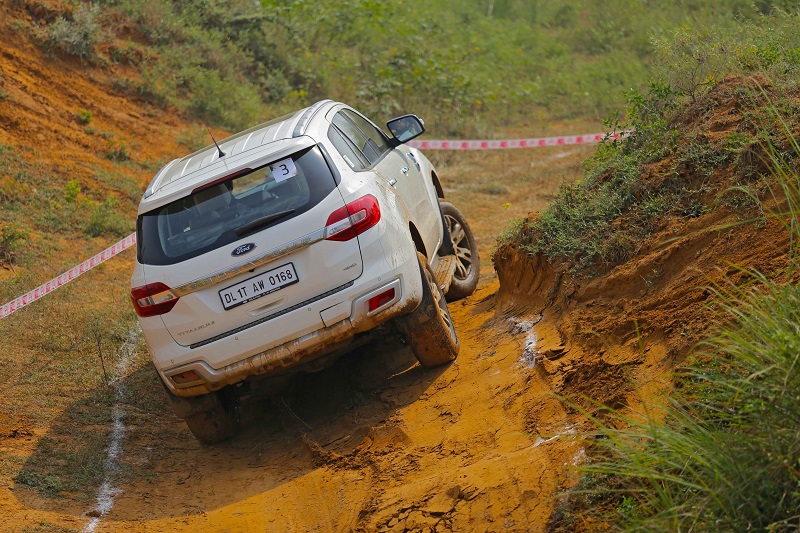 Driving the Endeavour off-road was pure fun and quite thrilling. And what further proved the rugged capabilities of this mighty beast were its Electric locking rear differential and Hill Descent Control and Launch Assist system. The electric locking rear differential can be used on any off-road condition to gain the maximum traction. If the vehicle gets stuck on muddy or sand pavements, you can switch on the differential electronically, and move on the fly within its operating speed range.

On the other hand, the Hill Descent Control takes the vehicle downhill at a safe and stable speed. You just need to adjust the steering wheel, and the rest is done by the Endeavour. The Hill Launch Assist system holds the vehicle for a few seconds when you take off your foot over the brake, thus giving you enough time to accelerate and incline swiftly. 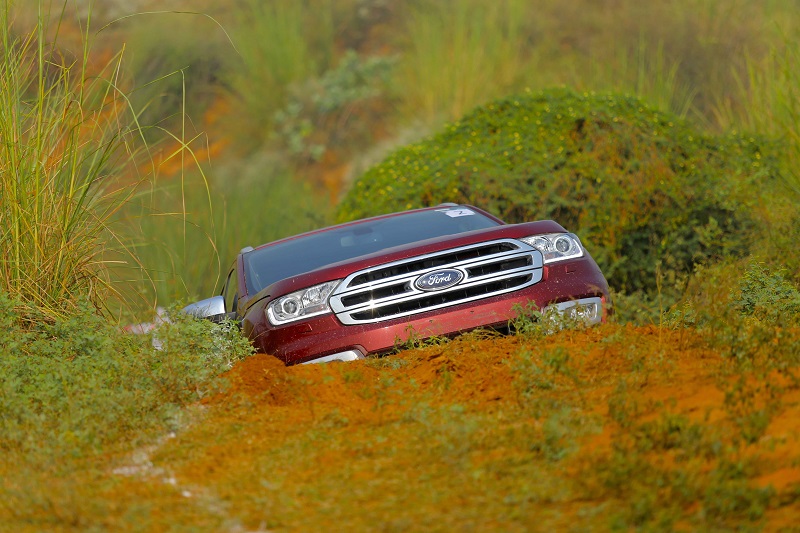 Now that I have driven the new Ford Endeavour in both city as well as on tricky off-roads, I am convinced that this is the best SUV you can get in a budget of around of Rs 30 lakh. It’s comfortable, impressive on city roads and possess serious off-roading capabilities.