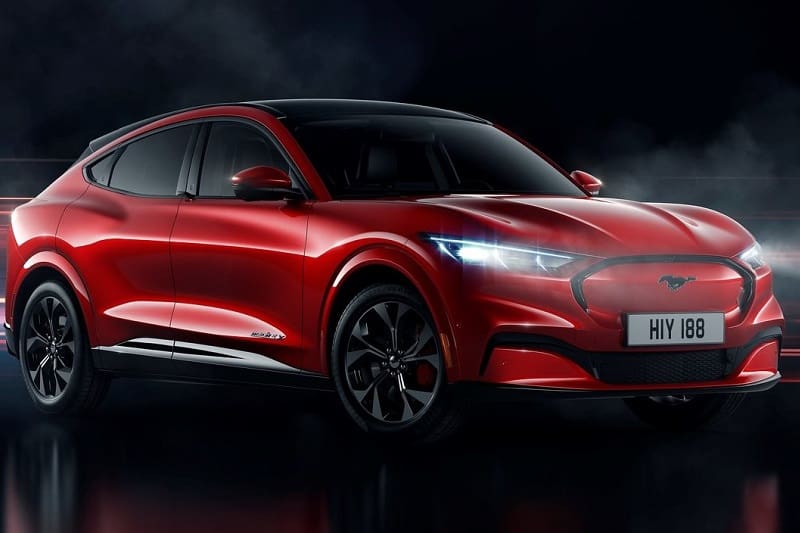 The American carmaker recently unveiled its first electric SUV – the Ford Mustang Mach-E. According to a latest report, the electric version of the pony will also make its way to India sometime in 2021. Check Out – Ford Endeavour Sport (Everest Sport) Pictures and Details

Here, it will be brought via CBU (Completely Built Unit) route and surely be an expensive deal. Though, it will be a beneficiary of the government’s scheme offered for electric vehicles. In India, the Ford Mustang Mach-E SUV will take on upcoming electric vehicles such as Jaguar I-Pace and Audi e-tron.

The extended-range version, on the other hand, uses a bigger 98.8kWh battery pack with 376 cells. It transmits power to the front and rear axles.

The Ford Mustang Mach-E is claimed to deliver a maximum electric range of up to 300 miles (482km) on select trim levels when boosted with the optional extended-range battery pack and RDW system. Read – Ford’s Marazzo Based MPV To Get All New Body Design

The standard range version can cover 230 miles (370km). Both models deliver a torque output of 582Nm and are capable to attain a top speed of 179kmph. The Ford Mustang Mach-E is claimed to do 0 to 100kmph in less than 8 seconds.

In early 2020, the Ford Mustang Mach-E SUV will be made available in two variants – Premium and First Edition. Its affordable base version – Mach-E Select – is scheduled to launch in 2021.