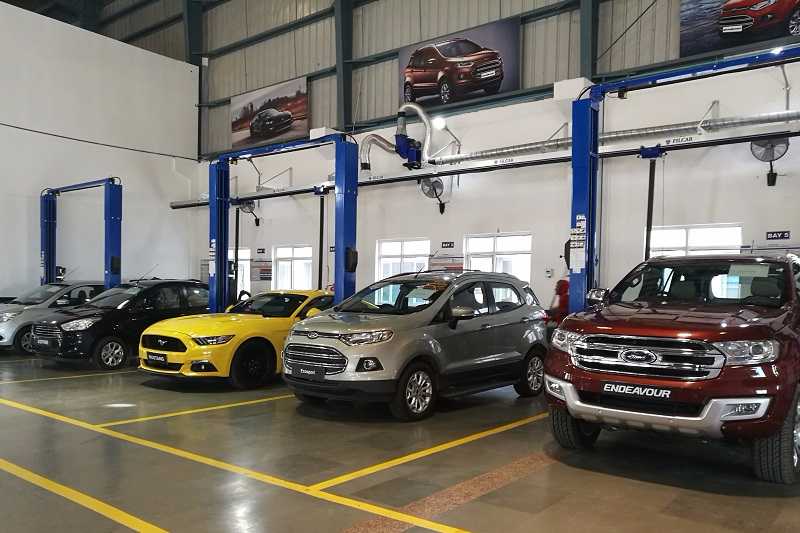 We recently visited Ford India’s Technical Center in Manesar, Gurgram to understand what makes Ford India claim that their cost of ownership is the cheapest in the country.

Of late you must have seen multiple Ford India TV commercials featuring popular Bollywood villains. The idea is to send across a message that the high maintenance cost of Ford cars is a ‘myth’ and why people should not trust on ‘kahi suni’.

As per Ford India’s claim, the maintenance cost of their cars is way less than their rivals. For example, if a Ford Figo diesel owner gets his/her car’s 10,000Km service done he’ll require to pay only Rs 1,691. And this is good 15-16 percent less than the regular service cost of the Swift at Maruti Suzuki’s authorised service center. Read – New Ford Figo 10,000 KMs Service Report

We recently visited Ford India’s Technical Center in Manesar, Gurgram to understand what makes Ford India claim that their cost of ownership is the cheapest in the country.

Use of multiple sub-assembly parts

Ford India uses several child parts to manufacture multiple components/parts of a vehicle. The ‘Sub Assembly Levels for Repairs’ enables a substantial saving in the overall ownership cost by breaking up an auto part into sub-components. In case of a damage, the company will repair the affected part/area and not the entire assembly. This means a customer will not have to pay for the undamaged part which usually is the case with most other makers. As a matter of fact, Ford Figo and Aspire have a total of 850 sub-assembly parts.

As per the company’s claims spare parts of Ford cars cost the least. Some of the components are in fact almost half the price of their respective rivals. For example, the front strut/shock-absorber of the Aspire costs around Rs 788 as against the Maruti Swift Dzire‘s Rs 1800. So as is the case with the clutch release bearing of the EcoSport. While it costs Rs 1,702 for the EcoSport, a Maruti Vitara Brezza owner will have to pay around Rs 3,137 for the same.

What has helped Ford India price its genuine parts really low is their local assembly and availability outside Ford dealerships as well. With 7,00,000 and growing car park, the retail distribution of Ford ‘genuine parts’, they are now available at most multi-brand workshops and even local mechanics.

In order to maintain the trust & transparency, Ford India has introduced ‘Service Price Promise’ via the price calculator on its website. This tool allows customers to know the cost of periodic service or parts even before going to the service station. Customer can carry a print out of the web quote to check if the claimed and actual costs are similar. Read – Several Myths About Fuel Efficiency Among Indian Buyers – Ford Survey

In case a dealership is overcharging him, he can report it to Ford India and the customer will get the refund if the dealer is found guilty.

With all such initiatives and surprisingly affordable cost of service, Ford India is trying to break the myths and stereotypes.