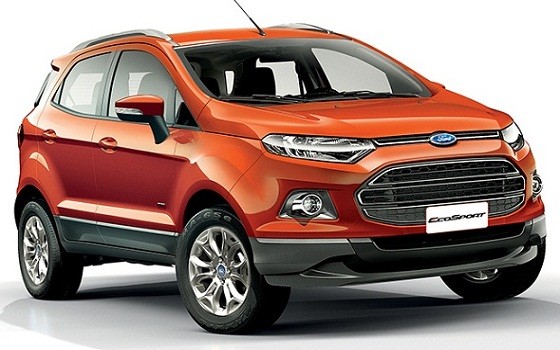 Ford India is contemplating to start a third shift at its Chennai plant to meet the ever rising demand of buyers for its compact SUV EcoSport. As its evident, the festive season is inching closer and hence, the company in a bid to cater this increasing demand for EcoSport and reduce the waiting period, has decided to fasten the production.

EcoSport has been a golden vehicle for Ford as ever since its launch last year, it has been raked in immense moolah for the company. Even, for certain variants, the waiting period rose upto 6 months and after commencing a second shift, it came down to just 3-4 months. Vinay Piparsania, Executive Director – Marketing, Sales and Service, Ford India, said, “The demand for Ford EcoSport continues to be extremely strong. We have diligently worked with our suppliers to significantly reduce the waiting period for most variants of the Ford EcoSport to meet this demand. With improved availability, we are also planning to introduce a third shift at our Chennai plant to ensure that the Ford EcoSport is available across our showrooms, ahead of the upcoming festive season.”

Such is the unfading charisma of the sub 4-meter SUV EcoSport that it is going around 5000 units on sale per month and has become the ‘Miss Congeniality’ for the Indian buyers as everyone seems to be quite desperate to bring it home. Recently, Ford India had another reason to rejoice as this compact SUV touched the 1 Lakh unit sales mark within just 13 months of its arrival. And, it would be no less than a respiteful and rejoicing moment for the customers who have already booked the SUV and waiting for the delivery, if the waiting period comes down to a mere 1-2 month by this wise decision of Ford.