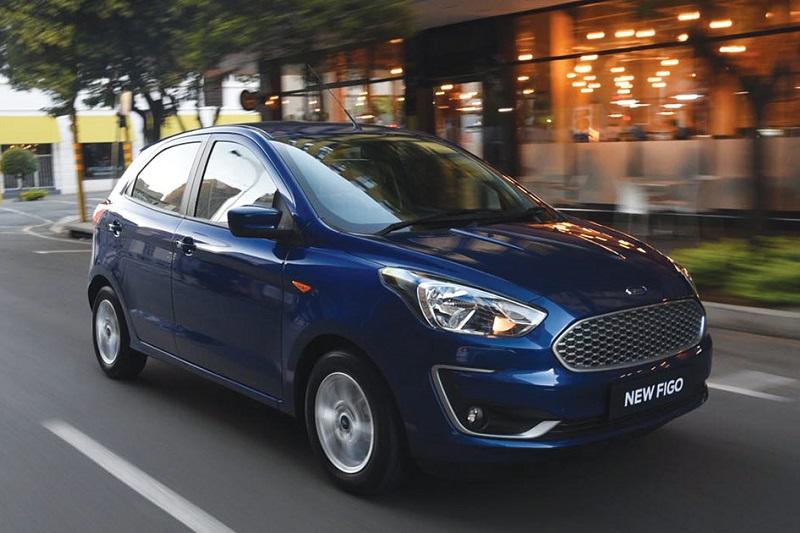 The spotted model features a new dual-tone rear bumper and a CNG moniker on the rear windshield.

Ford Figo hatchback is ready to receive a mid-life update in the Indian market. It seems that the American carmaker will also add a CNG variant to the new Ford Figo 2018 facelift lineup. A prototype of the new Figo CNG variant was recently caught on camera during its testing rounds. Though, there is no official word about the launch of the Figo CNG model.

The spotted model features a new dual-tone rear bumper and a CNG moniker on the rear windshield. Under the hood, the new Ford Figo CNG version might house a new 1.2-litre, three-cylinder Dragon series petrol engine. While the standard 12.L gasoline motor delivers 95bhp with 115Nm of torque, the power figure of the CNG variant will be slightly lower. Transmission on offer could be a 5-speed manual gearbox. Read: New Ford Figo Facelift – 5 Interesting Facts 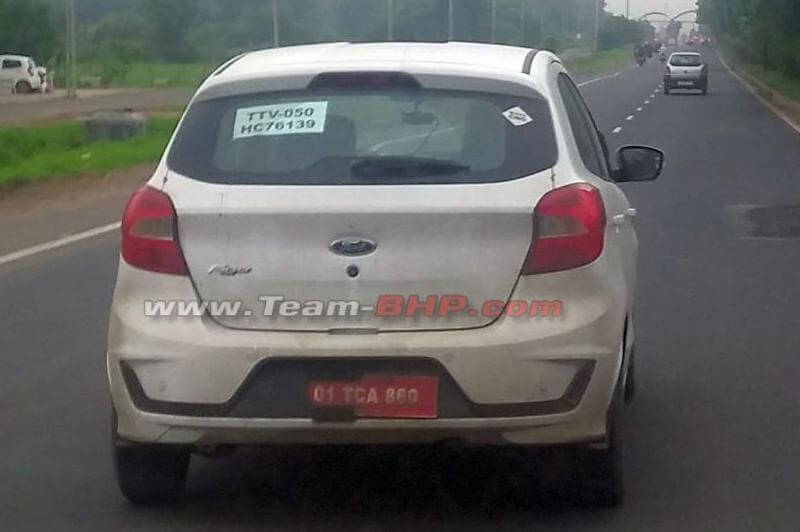 The new Ford Figo 2018 facelift will see significant change under the skin. The updated model of the hatchback will come with two powertrains – a 1.2-litre, three-cylinder petrol (sourced from the Freestyle) and a 1.5-litre TDCi diesel (also available in the EcoSport). The new 1.2L petrol and 1.5L petrol units deliver 95bhp with 115Nm and the oil burner produces 99bhp with 215Nm of torque. Read: 2018 Ford Aspire Facelift – What To Expect

Both the engines will come with a 5-speed manual. Rumor also has it that Ford might also introduce an automatic variant of the Figo hatchback. It could get 6-speed torque converter automatic transmission. 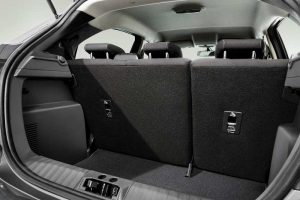 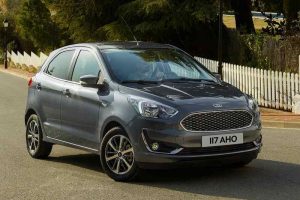 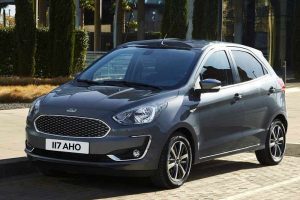 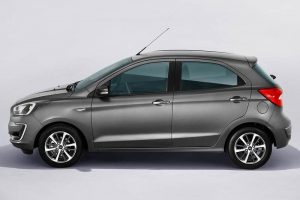 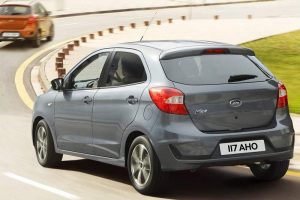 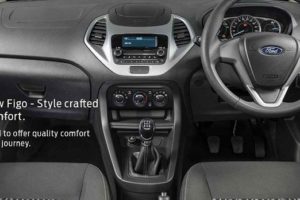 Comprehensive design updates will be made on the front fascia of the hatchback. The new Ford Figo 2018 will get a new trapezoidal grille with chrome surround, new DRLs, fog lamps with chrome detailing, revised sweptback headlamps and bumper. Other updates will include newly-designed alloys, re-designed tailalmps and rear bumper. Read – New Ford Endeavour Revealed In New Pictures