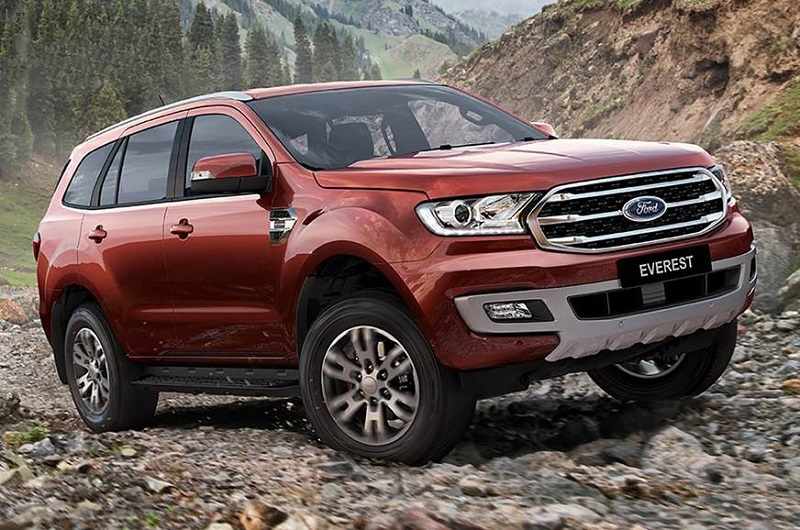 – New Ford Endeavour facelift will make its debut in September, 2018.

New Ford Endeavour 2018 facelift (aka Ford Everest in ASEAN and some global markets) was recently revealed via official pictures. For the 2018 model year, the premium SUV will witness comprehensive design and styling changes along with a bunch of new features. Globally, the vehicle will get a brand new 2.-litre diesel engine making power close to 180bhp with 420Nm and 213bhp with 500Nm. For the Indian market, the SUV is likely to retain the current engine setup.

Some of its styling changes seem inspired by the larger SUVs such as the Explorer and Expedition, which are on sale in the North American market. Features such as revised front bumper, new headlamp inserts, new front grille and newly-designed 20-inch alloy wheels are the noticeable changes. Ford might also offer its new SYNC 3 infotainment system on the SUV. While the global-spec model will get autonomous emergency braking system and radar based cruise control, the India-spec version will be devoid of them. Read – 2018 Ford Figo Facelift Launch Details Revealed 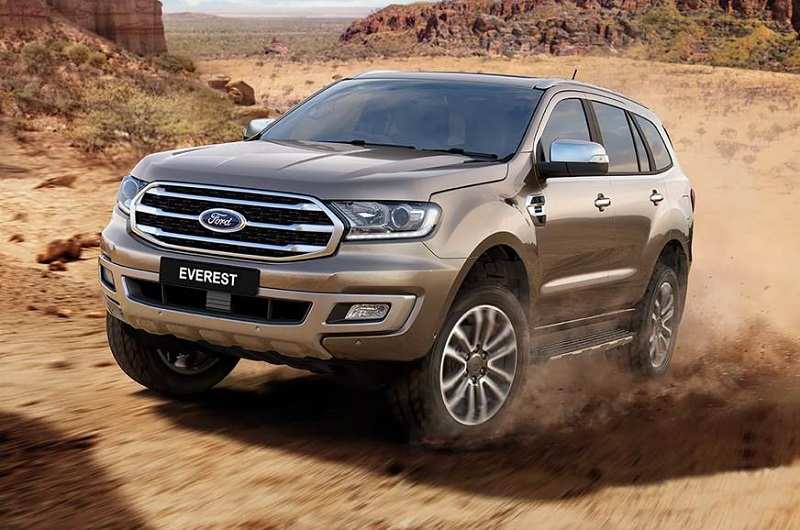 First launched in 2003 in the Indian market, the Ford Endeavour had received major updates in 2006 and 2009 and a generation change in 2016. Aiming to boost its sales, the American carmaker is now planning to give mid-life facelift to the SUV by early next year. The new Ford Endeavour 2018 facelift has already been spotted testing in the Australian market, followed by a completely undisguised appearance in Thailand. No official launch date and details of the SUV have been announced by the carmaker. Though, the reports in media suggest that the new Endeavour will make its global debut in September 2018. The India launch of the SUV is reported to happen early 2019. We will update the official details as the carmaker announce it. Read: Ford Freestyle – All You Need To Know

The recently revealed official pictures show the exterior and interior details of the new Ford Endeavour 2018 facelift. The design updates will be subtle and limited to the front end. Mechanically, too, the India-spec model will remain unchanged. As far as pricing is concerned, the SUV’s new model is estimated to come with a starting price tag of Rs 25 lakh that might go up to Rs 32 lakh for the range-topping variant. Check Out – Upcoming Ford Cars In India 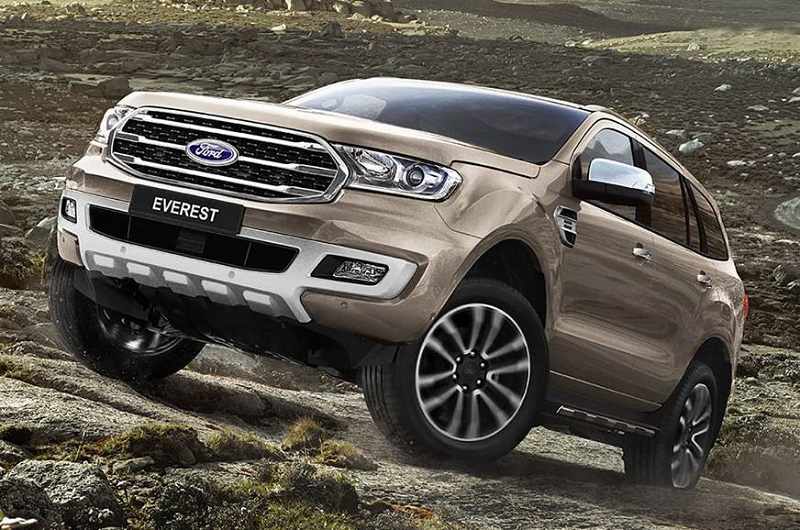 Ford will offer an all-new 2.0-litre diesel engine on the global-spec 2018 Endeavour facelift. The new oil burner will be tuned for generating two power outputs – 180bhp with 420Nm of torque and 213bhp with 500Nm of torque. For transmission duties, the SUV will get a 10-speed automatic gearbox. The American carmaker will update its India engine lineup as per the upcoming BSVI emission norms that will be enforced in April 2010. And this is the why reason, the 2018 Ford Endeavour facelift is likely to retain the existing set of powertrains.

Currently, the SUV comes with a 2.2-litre 4-cylinder TDCi and 3.2-litre, 5-cylinder TDCi diesel engine options. The former makes a top power of 158bhp at 3,200rpm against a maximum torque of 385Nm between 1,600rpm – 2,500rpm. The larger capacity motor, on the other hand, delivers a maximum power output of 197bhp at 3,000rpm and 470Nm of torque between 1,750rpm and 2,500rpm.  While the 2.2L unit comes paired to a 6-speed gearbox with 4×2 drivetrain system, the 3.2L motor is matched to a 6-speed automatic transmission with 4×4 configuration. Also Read – Ford Endeavour Vs Toyota Fortuner

As of now, the engine specifications of the 2018 Ford Endeavour are under the wraps. Though, it is likely to come with the same 2.2L and 3.2L diesel powertrains. If the engines will remain unchanged, the facelifted version will be as fuel efficient as the current model. While the 2.2L unit delivers a claimed mileage of 14.12kmpl (MT) and 12.62kmpl (AT), the 3.2L version returns 10.91kmpl. Read – New Ford Premium Hatchback To Challenge Maruti Baleno

No changes will be made to the dimensions of the SUV. Its overall length, width and height will measure 4,892mm, 1,860mm and 1,837mm respectively. The SUV will continue to sit on a 2,850mm of wheelbase and come with a ground clearance of 225mm. It will offer a fuel tank of 80-litres.

With minor aesthetic and feature upgrades, the 2018 Ford Endeavour facelift will continue to lock horns against the Toyota Fortuner, Mitsubishi Pajero Sport and the Isuzu MU-X.

Visually, the 2018 Ford Endeavour facelift will look slightly more refreshing than the outgoing model. You will notice major updates on its front end including the new radiator grille with three horizontal chrome slats similar to the 2018 Ford Ranger. The prominent bumper will accommodate fog lamps in a much better way, while a silver frame will be placed around the lower grille. The headlamps will get the new inserts. On the sides, the new Ford Endeavour 2018 facelift will feature revised chrome mirror housing and new six-double-spoke 20-inch alloy wheels. The vehicle will receive subtle design changes at the rear such as revised tail-lamp assembly. Read – 2018 Ford Mustang India Launch Details

Similar to the exterior, the updates made inside the cabin will in-line with the new Ford Ranger pick-up. The 2018 Ford Endeavour facelift will get slightly revised dashboard, new upholstery for seats and soft touches around the dashboard and door panels. The car might also come with a new 8.0-inch touchscreen with SYNC3 infotainment system supporting Apple CarPlay and Android Auto. The media reports suggest that the SUV’s global-spec model will get a new radar cruise control with autonomous emergency braking (AEB). There could be an additional rear view camera, which will work in sync with AEB to detect pedestrian and animals. Features such as keyless entry with push-button start, LED DRLs, corner-mounted sonar sensors, etc might also be on offer. Read – New Ford Compact SUV To Challenge Jeep Compass

Suspension mechanism of the 2018 Ford Endeavour facelift will include the same independent coil spring with anti-roll bar at the front and coil spring, watts linkage type with anti-roll bar rear units that also do duty in the current model. The SUV will continue to source its braking power from all disc brakes, which are further assisted by ABS (anti-lock braking system) and EBD (electronic brake-force distribution).

The new Ford Endeavour 2018 facelift will receive cosmetic design and feature upgrades. However, the engine mechanics is likely to remain unchanged. The SUV might also get advanced comfort and safety features.