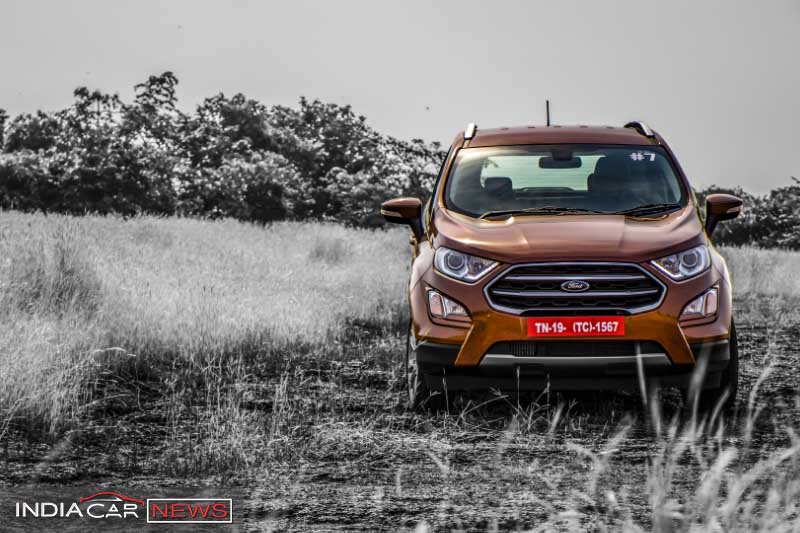 – 2018 Ford EcoSport Signature Edition will be sportier than the regular model.

– The special edition will get lots of black treatment on the exterior.

– Variant and feature details of the special edition are still under the wrap.

Ford India ended 2017 on a high note by a registering a growth of 27 per cent.  In December 2017, the American carmaker recorded a combined domestic and exports sales of 29,795 units against 23,470 units of the same month in 2016. And the credit for these figures goes to new Ford EcoSport facelift that was launch on November 7, 2017.

It’s been around two months the new EcoSport went on sale in the Indian market. And the company has begun testing a special edition of the compact SUV. Called the 2018 Ford EcoSport Signature Edition, this new model was recently snapped during its test rounds near Chennai. Read About – New Ford EcoSport Storm Edition 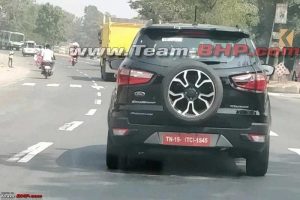 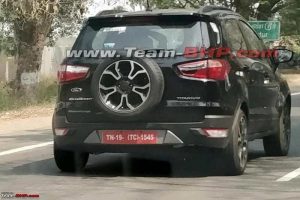 Styling bits such as black body cladding, ORVMs, rear spoiler and roof rails enhance its sporty appeal. Towards the rear, the car gets dual tone rear bumper and license plate with silver trim surround. It also features ‘Signature’ badge on the lower side of the tailgate. As for now, we have limited feature details of the 2018 Ford EcoSport Signature Edition. Read – New Ford EcoSport Vs Honda WR-V 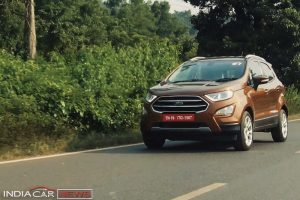 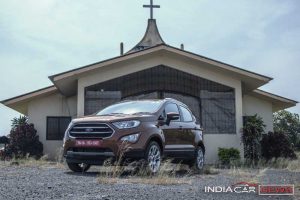 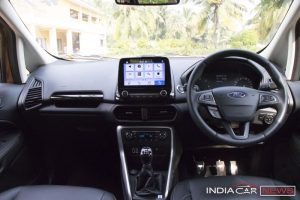 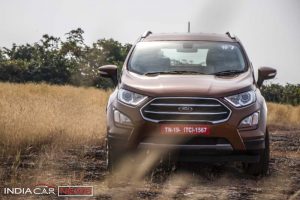 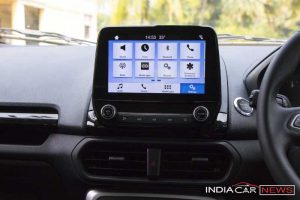 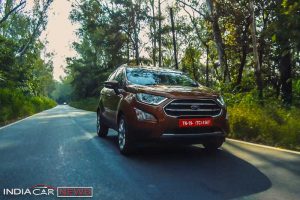 Currently, the facelifed EcoSport is available with two powertrain options – a new 1.5-litre, 3-cylinder petrol and a 1.5-litre, 4-cylinder diesel. The former makes 121bhp at 6,500rpm and 150Nm of torque at 4,500rpm, and the latter one churns out 99bhp at 3,750rpm and 205Nm of torque between 1,750rpm -3,250rpm. Both the engines come with the conventional 5-speed manual gearbox. A 6-speed automatic transmission is exclusively offered on the petrol variants. Check Out – Ford Figo Cross Pictures & Details