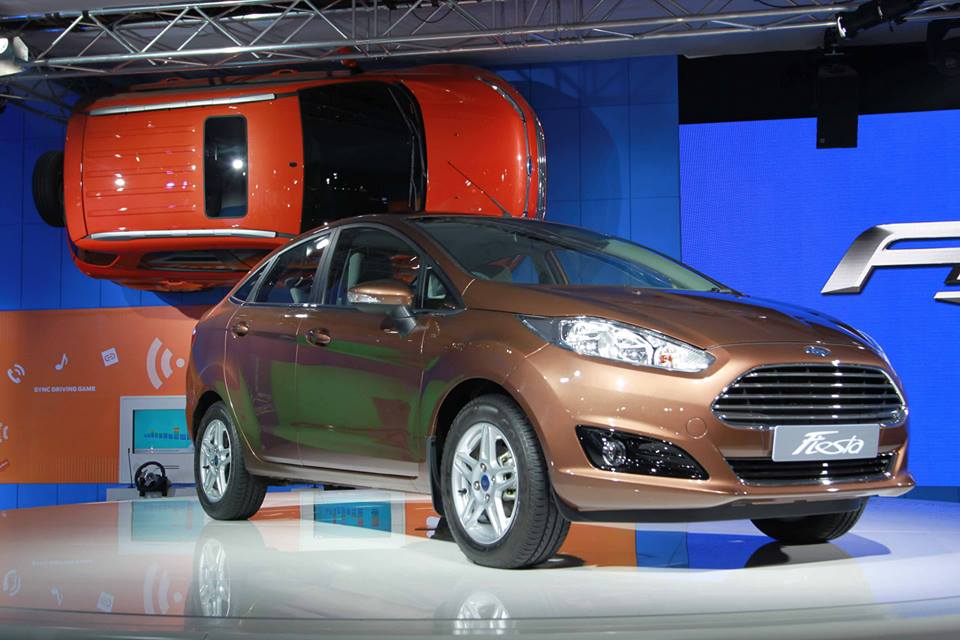 It is a well known fact that car makers across the globe are taking Indian auto market seriously and is aiming to capture some market share. Despite being the slowdown in the market, carmakers are launching several new products in the country. The mid-sized sedan segment aka C-segment is one of the most populated segments in India, which currently being ruled by new generation Honda City. In order to compete well against the likes of Honda City, Hyundai Verna and new Fiat Linea facelift, Ford India is gearing up to launch the all-new Fiesta sedan in India. Moreover, Nissan India is also planning to introduce facelift version of the Sunny sedan in India by the festive season. The new 2014 Ford Fiesta facelift was unveiled at the 2014 Indian Auto Expo, while all the information about the vehicle is available on the company’s official website. With upmarket interiors and appealing looks, the American carmaker believes in improving its sales in the growing market.

The exterior styling of this sedan is what distinguishes it with the previous generation model. It is visible that with time passes, the Ford Fiesta has evolved and this time around, it gets some smart, subtle upgrades which make it look sporty and refreshing. The most fascinating update is given to its front façade, as the sedan now has the company’s new family face. Its front fascia features an all-new aggressive Aston Martin-like front grille with chrome inserts. Its bumper has been tweaked, which offers a space for new headlamp and fog lamp assembly. The bonnet gets prominent lines which visually flow upwards and merge to the A-pillars of the car.

The side profile of the sedan looks similar to the current generation model; however, the wheels and the wheel covers have been redesigned. Its flared wheel arches remains unchanged, while there are aerodynamic creases running across the length.

At the back, the sedan gets subtle changes which make it look refreshing. It is equipped with new tail lamp assembly, which is now larger in size than its predecessor. The vehicle also has new deck lid and bumper with chrome inserts.

The interiors of the new Fiesta has updated dashboard and leather wrapped steering wheel with audio controls mounted on it.  The upper part of the instrument panel gets high-gloss finish which runs across the lower centre console and is repeated over the door panels. Its dual tone instrument panel further adds to its visual appeal. The brighten dials, gear switches and displays has satin-chrome accents and Ford’s signature Ice Blue lighting.

Mechanically, the new Ford Fiesta facelift will remain unchanged- a 1.5-litre petrol and a 1.5-litre diesel. While the 1.5-litre petrol model churns out a maximum power output of 107bhp and 140Nm of top torque, the oil burner is capable of developing a top power output of 89bhp and 204Nm of torque. Both the engines will be coupled to a five-speed manual transmission gearbox; however, the petrol version will also get a six-speed auto gearbox.

The new Ford Fiesta facelift will be equipped with several advanced safety features including driver and passenger side airbags, Emergency assist system which automatic connect to emergency services during any mis-hap, anti-lock braking system with electronic brakeforce distribution and brake assist, and many more.

The exact pricing details of the sedan are yet to be announced, but we expect it to be priced in the range of Rs. 7.5 lakh to Rs. 10 lakh. The facelifted Ford Fiesta is likely to be launched by the mid-2014.