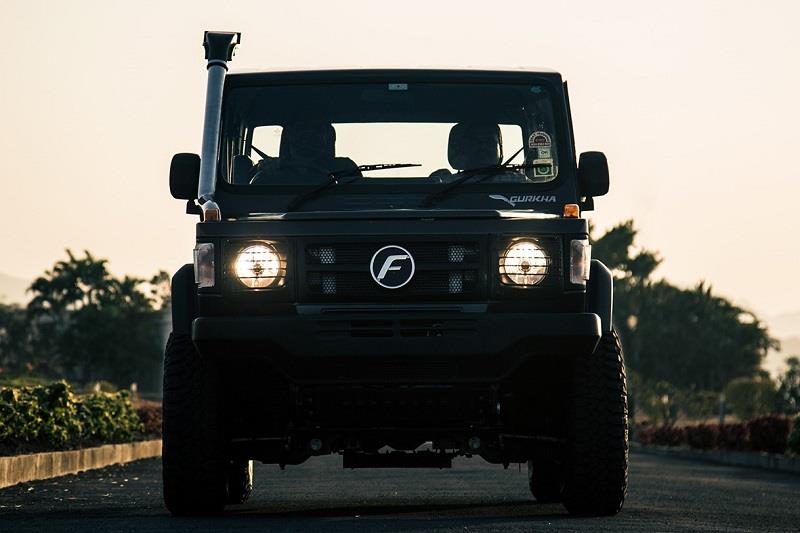 The Force Gurkha Xtreme is equipped with Mercedes-Benz derived OM611 2.2-litre diesel engine that produces 140bhp and 321Nm of torque.

Majority of the changes will be offered under the hood. The regular Gurkha is powered by a 2.5-litre engine that produces 84bhp and 230Nm of torque. On the other hand, the top-spec Gurkha Xtreme is equipped with Mercedes-Benz derived OM611 2.2-litre common rail diesel engine that produces 140bhp of power and 321Nm of torque. This engine is coupled to a 5-speed manual gearbox, which is also sourced from Mercedes-Benz. Also See – Force Motors And Rolls-Royce’s Arm Enter Alliance For Engine Development

While the regular Gurkha has a ground clearance of 210mm, the Gurkha Xtreme has a ground clearance of 205mm. The track of the Xtreme is 1,530mm, which is around 40mm more than that of the Xplorer. The approach angle is 44 degrees, while the departure and the ramp break-over angles are 35 degrees and 28 degrees respectively. Adding to it, the Gurkha Xtreme comes with slightly wider tyres than the regular Xplorer. The new Force Gurkha Xtreme comes with 4×4 system with high and low ratios. It also gets front and rear differentials lock. Also See – Force Gurkha Turns Into Mercedes Benz G-Class In Just Rs 6.5 Lakh – Photo Story

The outgoing Force Gurkha is priced between Rs 9.15 lakh and Rs 11.9 lakh (ex-showroom, Delhi). With new and powerful engine, and updates, the new Force Gurkha Xtreme is likely to cost around Rs 12-13 lakh.