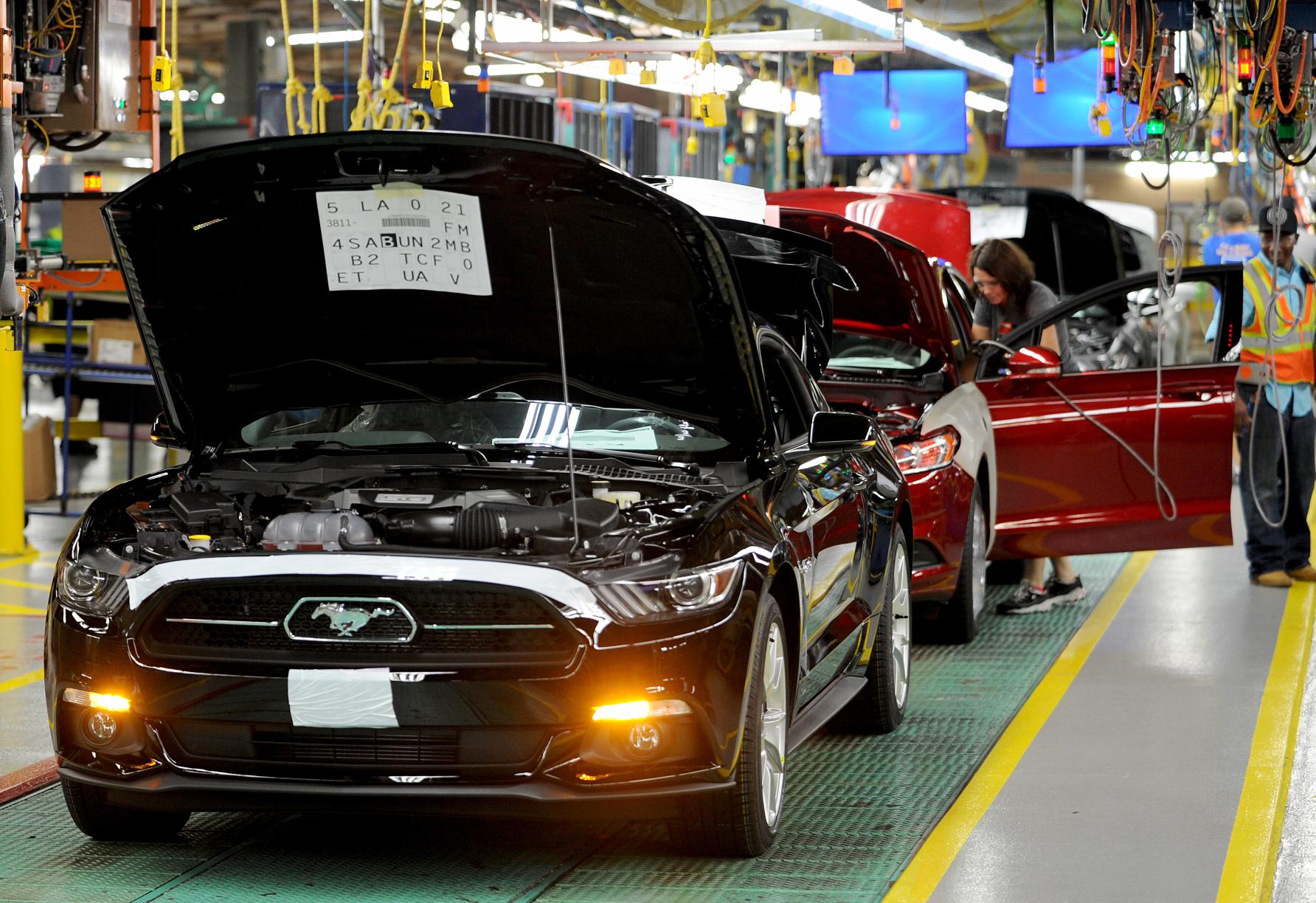 Finally, some much needed good news pour in for Ford Mustang lovers! Yes, the all new 2015 Ford Mustang starts production at Flat Rock Assembly Plant, Michigan and will be exported globally for the first time in its 50-year history. The new Mustang goes on sale this autumn in the United States, and in more than 120 countries including the UK by the end of 2015. India is also among the list of 25 countries who will get the specially built right hand drive configured iconic car.

The first unit of the sixth generation Ford Mustang today made its way out of the Ford’s production plant in the U.S. In order to commemorate this moment, Ford has teamed up with five top fashion designers to launch a Mustang Unleashed collection of limited-edition T-shirts, available in 15 different styles. Five designers from around the world each created three unique Mustang-inspired shirts, available exclusively through Gilt.com from September. “Mustang is and will continue to be an automotive icon,” said Joe Hinrichs,Ford president of The Americas. “Expanding its availability globally affords our customers around the world the opportunity to have a true first hand Mustang experience – one unlike any other.” The Ford Mustang’s impact goes well beyond the more than 9.2 million cars sold in its 50 years of continuous production. It has made thousands of appearances in film, television, music and video games, and is the most-liked vehicle on Facebook, with close to 8 million likes.

Apart from the 435hp, 5.0-litre V8 powertrain, this time Mustang would also be powered by an all-new 310hp, 2.3-litre EcoBoost engine that brings state-of-the-art technology to Mustang. The 2015 Ford Mustang features all-new front and rear suspension systems. At the front, a new perimeter subframe helps to stiffen the structure while reducing mass, providing a better foundation for more predictable wheel control that benefits handling, steering and ride. At the rear is an all-new integral-link independent suspension. Geometry, springs, dampers and bushings are all specially tuned for this high-performance application. New aluminium rear knuckles help reduce unsprung mass for improved ride and handling.