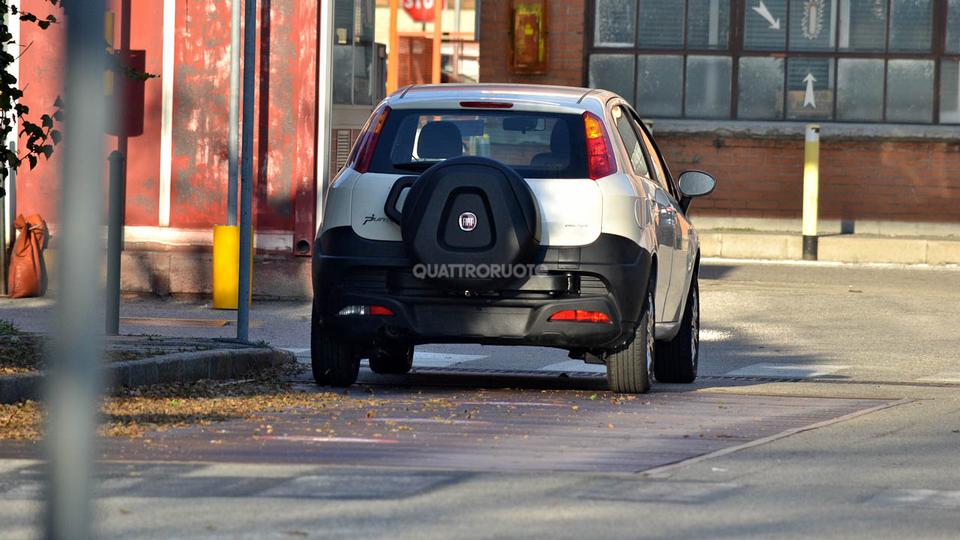 The Italian automajor Fiat is working on a Punto Crossover, which has been recently caught by an Italian automobile magazine Quattro Route. The company might introduce the Fiat Punto Adventure by mid 2014 in India, and it is expected that the vehicle might be showcased at the 2014 Auto Expo in February. The Crossover segment is now getting the heat as Toyota will also showcase its Etios Cross at Expo. The Volkswagen Cross Polo is already there in India.

Quattro Route managed to click the rear profile picture of the car during its test mule somewhere in Italy. The vehicle gets a completely new rear bumper and a rear wheel mounted on the boot. The Punto Cross will retain the FWD architecture on which regular Punto is being built. It is expected that the model will also feature an electronic traction control.

Talking about the mechanical part of the car, the Punto Cross will sport with the very popular 1.3-litre multijet engine, which is capable of pumping out a maximum power output of 90bhp, with the peak torque of 200Nm. Rumour has it that the car might also gets the 1.4-litre FIRE petrol engine. The Punto Cross also has ‘Adventure’ badge embossed on the spare wheel mounted at the rear. When compared to its rivals, Toyota Etios Cross and VW Cross Polo, the Punto Cross appears to be more matured and rugged. The Fiat’s designing team has mounted the spare wheel so well that not it only it helps the car look sporty and crossover-like, the car looks completely different than the hatchback, which is not the case with Cross Polo and Etios Cross.