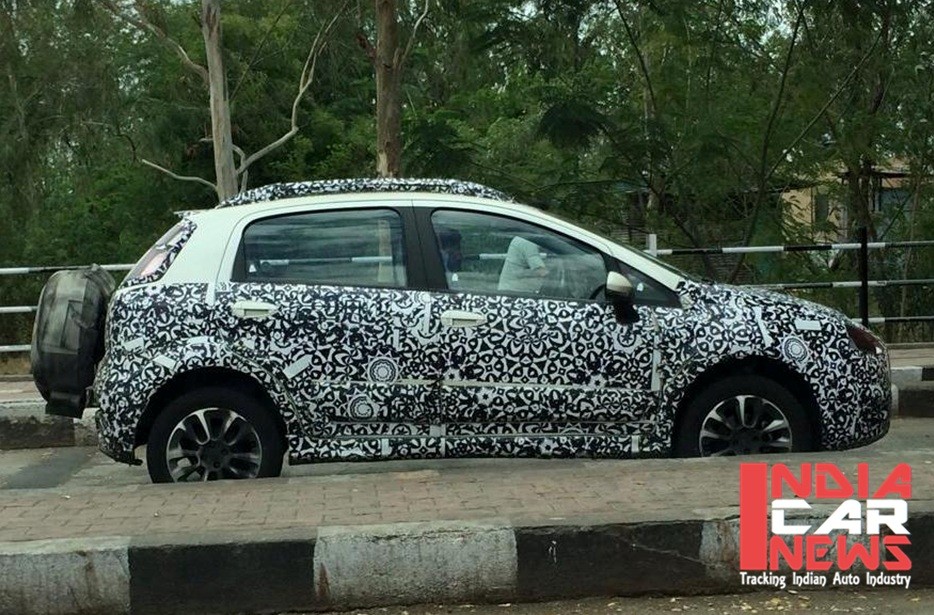 The upcoming Fiat Avventura crossover hatch has been spotted undergoing testing on the Indian streets. Unveiled at the 2014 Delhi Motor Show, the Avventura is based on the Punto hatchback. The spotted vehicle was partially camouflaged; however, the side fenders, ORVMs and the tailgate mounted spare wheel are visible. It looks quite identical to the concept showcased at the Auto Expo. Moreover, the spotted vehicle features the regular bulbs instead of LED daytime running lamps found on the concept. Going by the images, the vehicle gets sweptback headlamps with projector lights. The roof bars are covered and the vehicle also has radio antenna on the roof which was missing on the concept model.

The Fiat Avventura crossover is likely to share most of its styling cues with the concept shown at the Delhi Motor Show. It has extra body cladding, protective skid plates, large alloys and high ground clearance to provide sportiness and ruggedness.

Mechanically, the Fiat Avventura crossover will be offered in both petrol and diesel guise. While the gasoline model will get the 1.4-litre FIRE petrol engine that produces 90bhp and 115Nm of torque, the oil burner will be powered by a 1.3-litre multi-jet engine producing 92bhp and 209Nm of torque. Both the engines are likely to be paired with either six-speed or five-speed manual transmission which sends the power to front wheels.