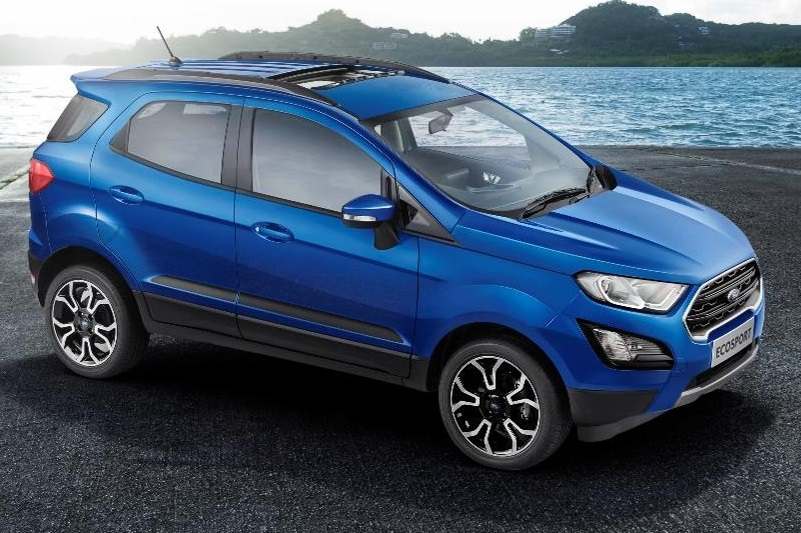 Ford EcoSport S with sunroof is available at introductory prices of Rs 11.37 lakh for petrol and Rs 11.89 lakh for diesel variants.

Ford India had launched the new EcoSport SUV in the second half of 2017. The company has now expanded the EcoSport line-up; introduced two new top-of-the-line variants – EcoSport S and Signature Edition. Both the models are equipped with power slide sunroof, which Ford called fun roof. Adding to it, the EcoSport S variant is now equipped with Ford’s award-winning 1.0L EcoBoost engine. The Ford EcoSport S is available at introductory prices of Rs 11.37 lakh for petrol and Rs 11.89 lakh for diesel variants. On the other side, the Signature Edition is priced at Rs 10.40 lakh and Rs 10.99 lakh for petrol and diesel respectively. Read – New Ford EcoSport Review

“In line with our Feels like Family Promise, we are committed to meeting diverse needs of our customers and act on their feedback. The addition of Sunroof, a feature that customers have been demanding, and world-renowned EcoBoost engine technology, is an example of our commitment,” said Anurag Mehrotra, president and managing director at Ford India. “Driven by customer feedback, the two new editions make our compact SUV even more stylish, trendier and fun-to-drive.” 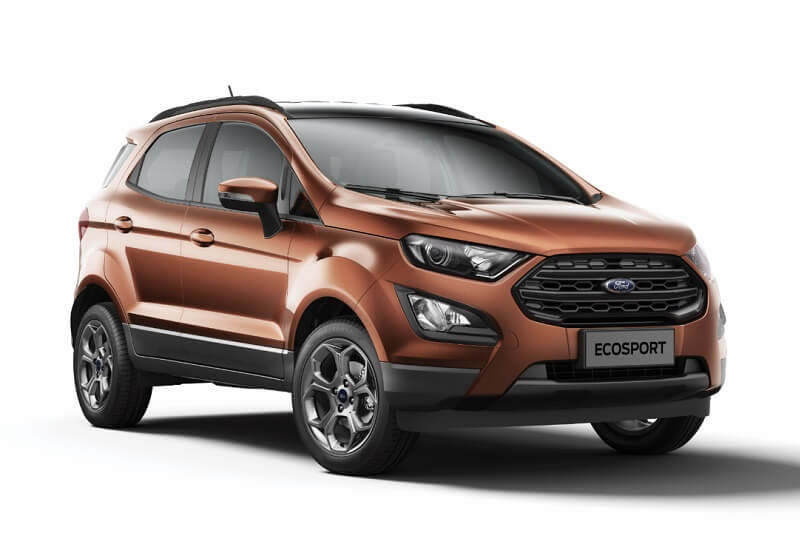 Inside the cabin, the Ford EcoSport S feature orange accents on the seats as well as instrument panel. For enhanced driver convenience, the new S variant gets a new,, bigger 4.2-inch digital information cluster along with the Tyre Pressure Monitoring System.

Powering the SUV is Ford’s globally renowned 1.0L EcoBoost engine that is capable of producing 123bhp of power and 170Nm of torque. This model is claimed to offer an ARAI certified fuel economy of 18.1kmpl. Power is transmitted to the front wheels via an all-new six-speed manual transmission. Besides EcoBoost, the new S with Sun-roof gets 1.5-litre TDCi diesel engine producing 99bhp. This variant is claimed to deliver 23kmpl. It is equipped with Ford’s SYNC3 infotainment system with 8-inch touchscreen display and six-airbags. Read – Tata Nexon Vs Ford EcoSport

The Signature Edition is equipped with 1.5-litre 3-cylinder TiVCT petrol engine that produces 121bhp and a fuel efficiency of 17kmpl. The diesel model gets the 1.5-litre TDCi unit producing 99bhp. In terms of styling, the Signature Edition gets a more imposing grille with chrome surround and Diamond cut 17” alloys, black fog-lamp bezel along with all round graphics, rear spoiler and roof rails. Also See – Upcoming Ford Cars In India

“Signature Edition further enhances the value for money proposition of the EcoSport with the introduction of sunroof and a host of exterior & interior changes that customers have been looking for,” Mehrotra added.

Inside the cabin, this variant gets blue accents on seat stitching, centre console and instrument panel to add to its overall appeal. Customers can opt to buy the EcoSport Signature Edition as an option pack on the car’s Titanium variant.