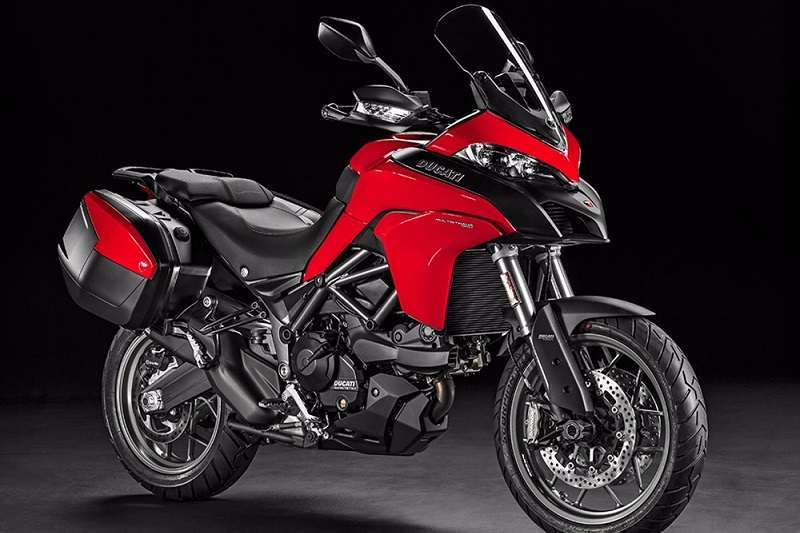 First previewed at the 2016 EICMA in Milan, the Ducati Multistrada 950 is the smallest capacity adventure tourer in the Multistrada family. Design and styling of the bike looks identical to the Multistrada 1200. Though, it also shares a few design bits with the Multistrada Enduro such as rear grab rail, exhaust design, rider seat and swingarm.  The bike gets an optional Ducati Multimedia system (DMS) for smartphone connectivity. 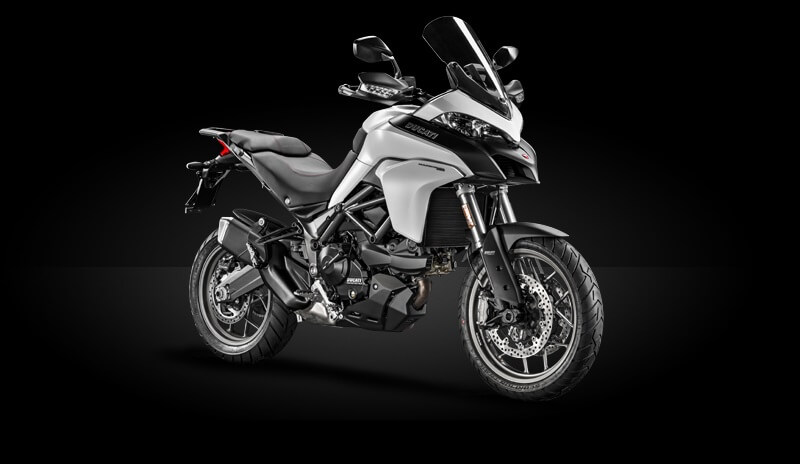 Carrying a dry weight of 226kg, this adventure tourer runs on larger 19-inch front wheel and Pirelli Scorpion tyres fitted on alloy rims. While the global-spec 2017 Ducati Multistrada 950 comes in two colour options – Black and Red, the India-spec version is being offered only in Red shade.

Powering the new Ducati Multistrada is a 937cc, Testastretta, 11-degree, L-twin engine that has already been used in the Hyperstrada. However, Ducati has updated this motor with new cylinder heads, airbox, intake, exhaust and new throttle bodies for fuel-mix control. Now, this unit is capable of generating 113bhp at 9,000rpm and 96Nm of torque at 7750rpm. Read – Volkswagen Mulls Sale of Ducati 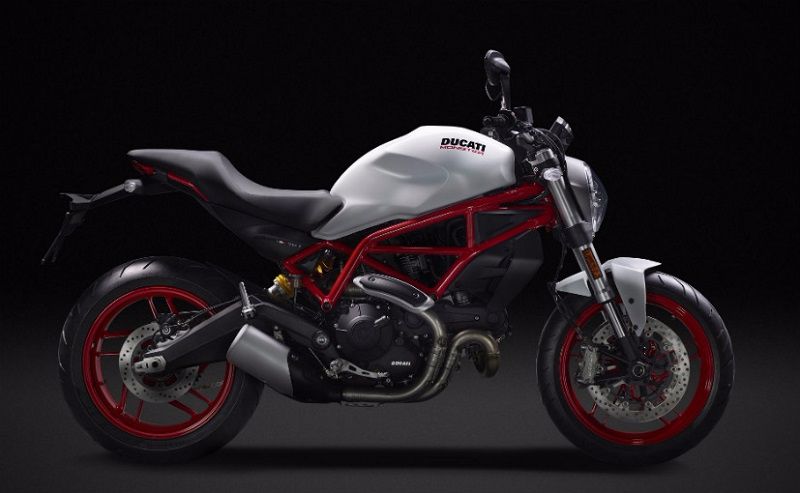 Coming to the 2017 Ducati Monster 797, this naked sport motorcycle derives its power from an 803cc, Testastretta, air-cooled twin-cylinder engine paired to a 6-speed gearbox with a slipper clutch. This motor pushes out a top power of 74bhp, while producing 69Nm of torque. The Monster 797 has minimal electronic intervention, and misses out on riding modes and traction control system.

Most of the design elements are carried over from the Monster 900. The Ducati Monster 797 has borrowed the headlamp unit and fuel tank from the Monster 1200. Features such as plastic panels (instead of metal unit) and conventional turn indicators (instead of LED units) have helped bikemaker curb its component cost. Other key highlights include LED tail lamps, under seat USB power socket and LCD instrument console. Check Out – Ducati Diavel Diesel Limited Edition – Pictures & Details

The 2017 Ducati Monster 797 sits on a trellis frame and a wheelbase of 1435mm, which is the shortest one in the Monster series. The bike is assembled with 17-inch wheels and Pirelli Diablo Rosso II tyres. Damping duties on the bike are carried out by 43mm Kayaba USD front froks and a pre-loaded adjustable Sachs Monoshock rear suspension unit. Braking system has been borrowed from the 959 Panigale – i.e. 320mm front and 245mm rear discs from Brembo. This naked bike has seat height of 8005mm, carries a kerb weight of 193kgs. Colour options for the Monster 797 include – Dark Stealth, Star White Silk and Ducati Red.