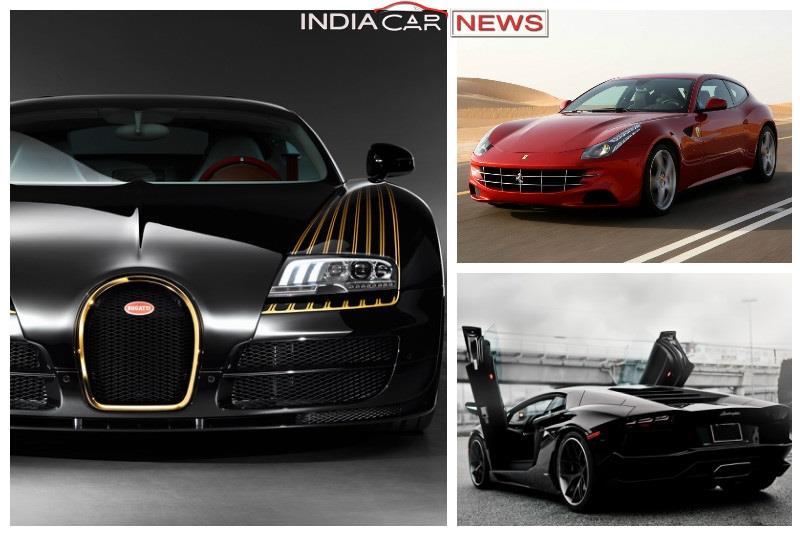 Here we have listed some of the supercars in Dubai Police fleet that are essentially used for show and patrolling.

Known as the hub for shopping malls, Dubai has evolved into a thriving city attracting tourists from across the world. Every year, thousands of tourists fly from far flung corners of the world to experience the best of what Dubai has to offer. With ever increasing wealth, Dubai is not only one of the most desirable places in the Middle East, but it is also known for some of most enviable fleet of supercars one can think of.

Roads and streets clad with supercars is a common sight in Dubai. Interestingly, the Dubai Police also get to drive some of the most popular supercars globally. How enticing it would be to chase goons in those luscious supercars with abundant power and swag. Here we have listed some of the supercars in Dubai Police fleet that are essentially used for show and patrolling. 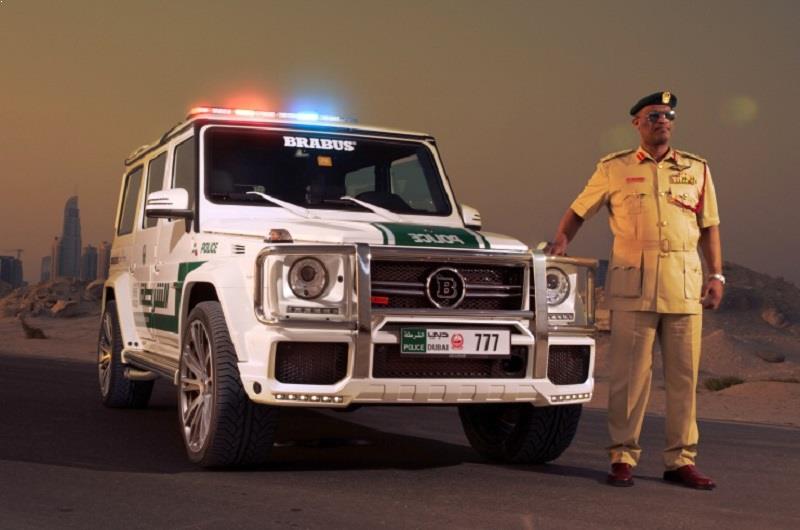 Established in 1977, Barbus is one of the globally renowned companies globally. In 1979, it sold its first car in UAE. Coincidently, Mercedes-Benz G-Class also made its debut in the same year. Retailed at a whopping $230,000, the G-700 truck offers an insane power of 680bhp. 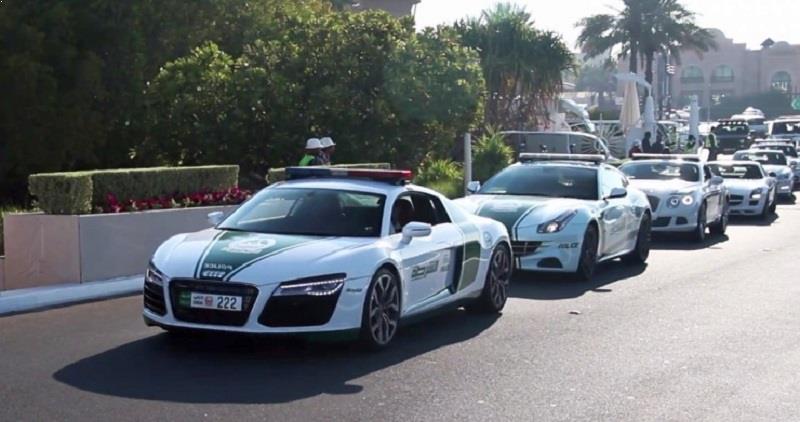 Introduced in 2008, Audi R8 powered by the mighty V-10 engine is a part of Dubai police fleet. The mid-mounted engine, good for 517bhp propels the beast from 0 to 60 in mere four seconds. To be precise, there are 2 units of R8 in the Dubai Police. 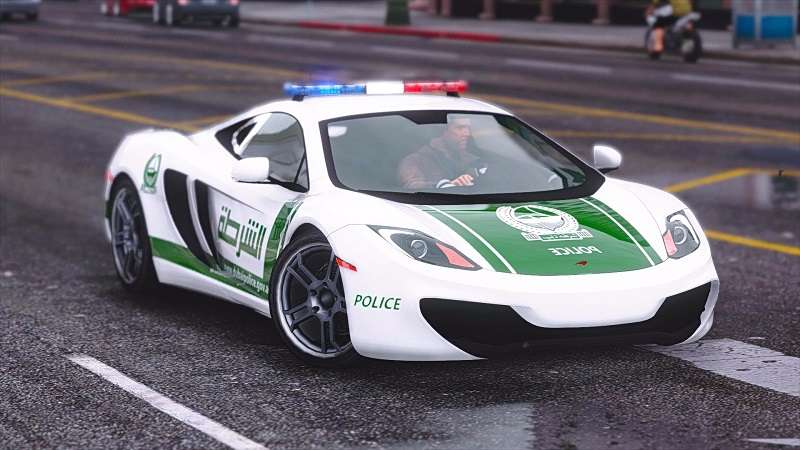 McLaren MP4-12C was not only the first road car, but it was entitled to be the world’s fastest production car until it propelled into the current generation. Using a V8, 595bhp engine with top speed of 200 mph, this one has a special place in the Dubai Police fleet of cars. 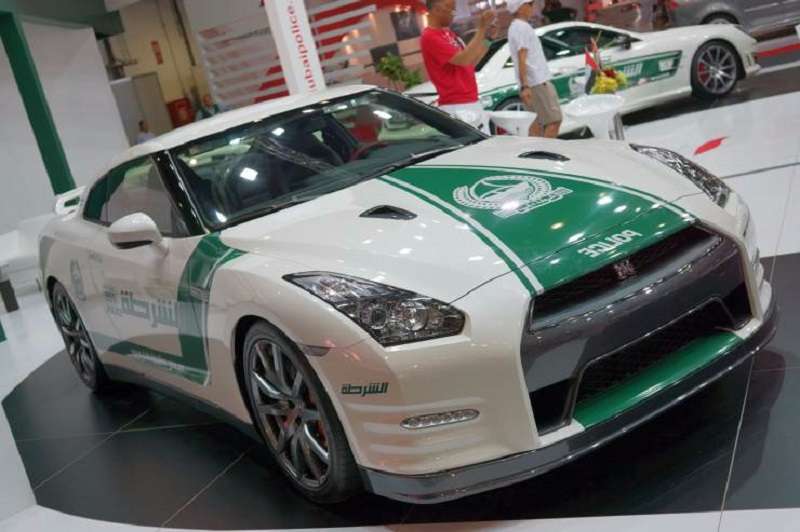 Priced at $100,00, GT-R is another priced possession of Dubai Police. Underneath, it gets the potent hand-built twin-turbo V6 engine with 537bhp power and top speed of 196mph. 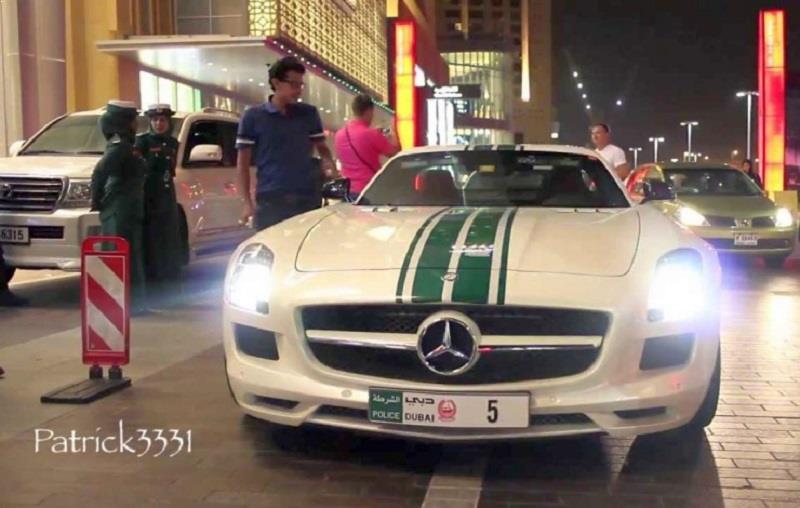 This car from Mercedes’ clan is surely going to give you goosebumps. The gull-wing doors and 6.3-litre, V8 engine putting out 531bhp of power sprint it from 0 to 60 in 3.6 seconds.

Synonymous with speed, this beast is on the top list of all speed lovers. Claimed to be the most expensive production car globally, it was added to Dubai fleet in 2014 at a staggering price of $1.6 million. Since the production of this beast has been suspended, it is another priced possession in the Dubai Police fleet cars with top speed of 247mph. 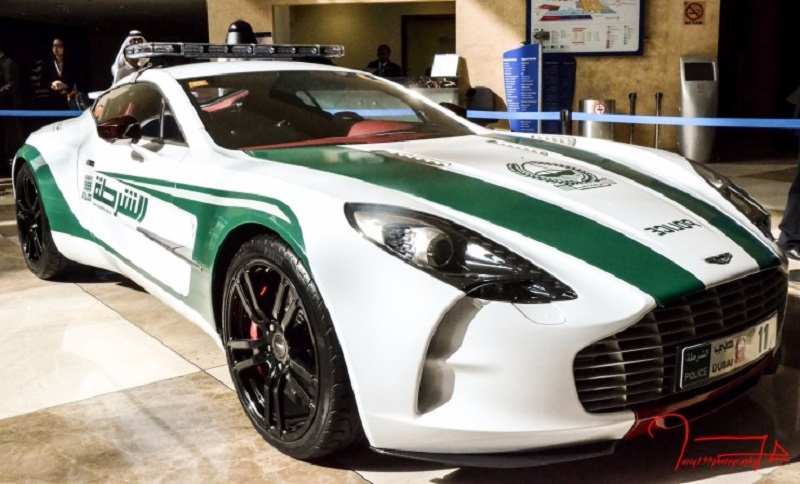 Known for building some of the greatest grand tourers in the world, Aston Martin has produced some enviable models so far. One such model from its line-up, One-77 had a limited run and is among one of the supercars in Dubai fleet. Priced at around $1.5 million, the beast offers top speed of 220mph.

Lamborghini specializes in building world’s most extreme cars including Aventador powered by the V12, 681bhp engine. The Dubai Police Aventador can effortlessly go from 0 to 60 in less than three seconds and offers a top speed of 217mph. 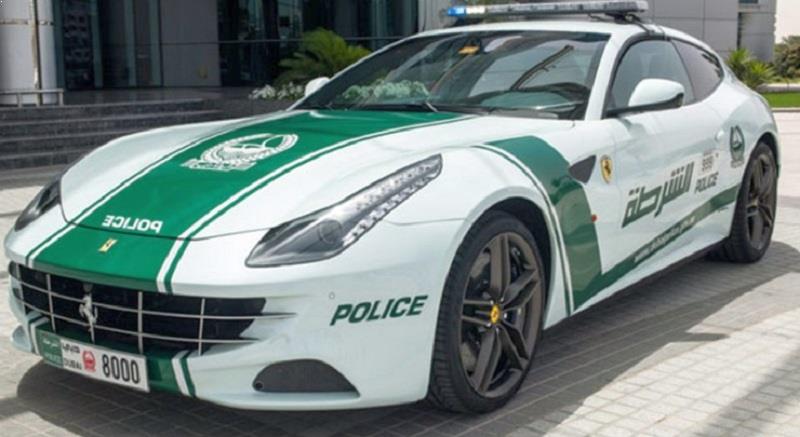 The prancing horse is the world’s most recognizable brand when it comes to speed, power and agility. Ferrar FF, four seater is another jewel in Dubai Police fleet. It comes with V12 engine that does 0 to 60 within 3.7 seconds while attaining top speed of 208mph. 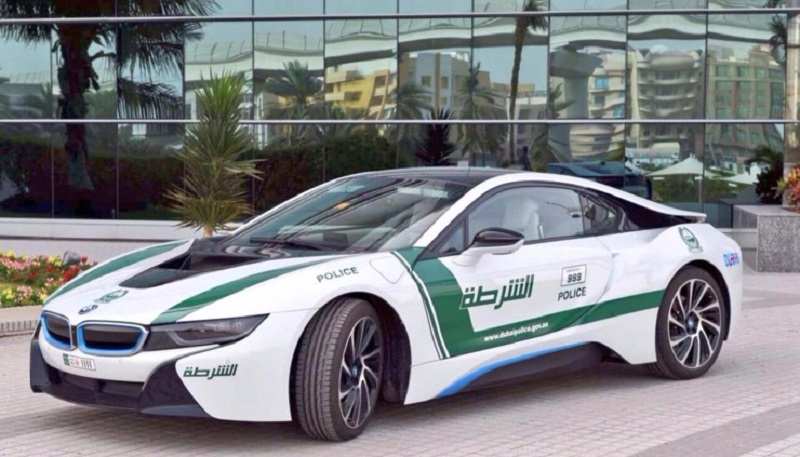 This is latest car to join other supercars in Dubai Police fleet. With progressive design and futuristic approach, BMW i8 was added in 2014. The mid-mounted, three-cylinder engine with two electric motors engenders 357bhp of power and achieves 0 to 60 within 4.2 seconds while offering top speed of 155mph.