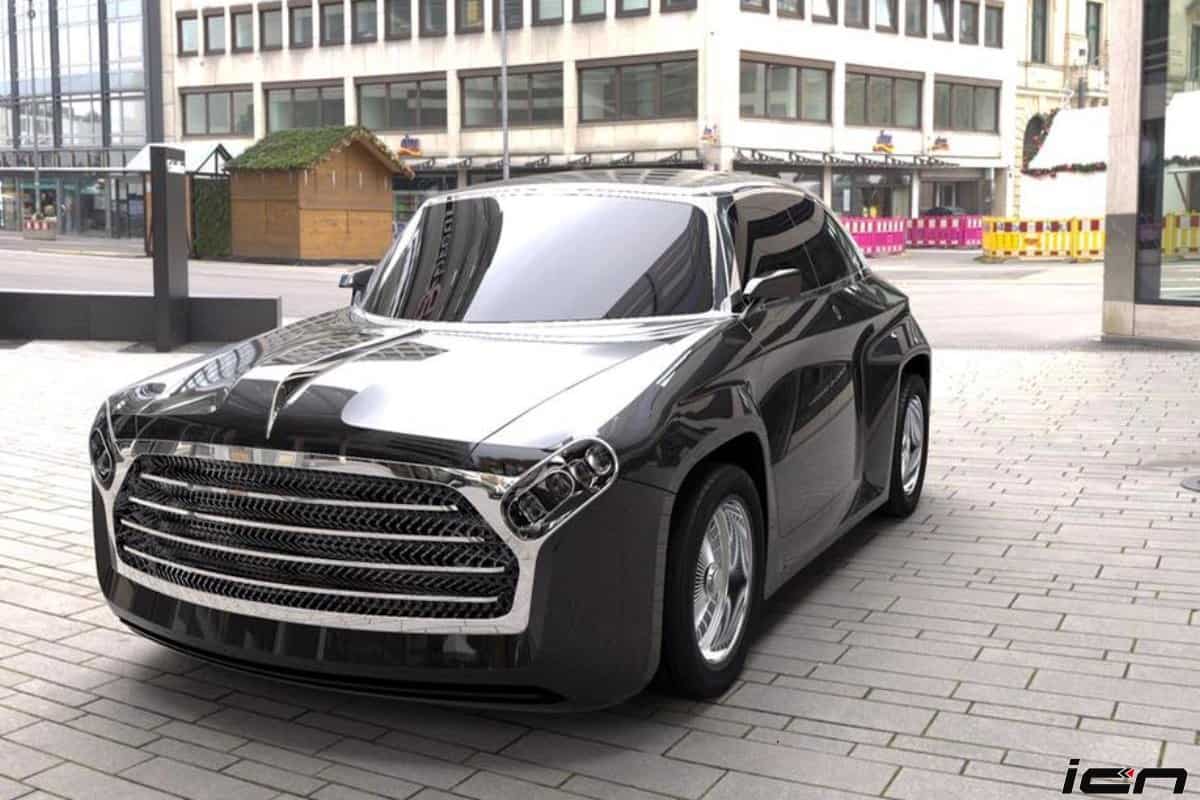 The electrics and engineering development of the electric Ambassador have been outsourced to a Swiss company. The customized model carries a large and wide grille, angular LED projector headlamps, slightly pronounced bonnet and curved fenders at the front end. The squared wheel arches with customized alloy wheels further enhance its futuristic looks.

The bold shoulder creases are extending from front door to the bood lit. The roofline, which is arching towards the boot area, gives it a stout appearance. At the rear, the electric Ambassador has squared LED taillamps. The customized e-Amby will be made of carbon composite materials that will make it lightweight while maintaining its structural integrity. Unlike the showcased concept that has two doors, the production –ready model will be a four door version. Check Out – Top 5 DC Design Modified SUVs

Powertrain details are still under the wraps. Though, the company has confirmed that the electric Ambassador will accelerate 0 to 100kmph in about 4 seconds. It will offer an electric range of around 250km in a full charge. The battery pack will be fitted in the floor area, thus lowering centre of gravity. There will be electric motors for each wheel.

The design house has confirmed that the testing of the electric Ambassador will be commenced in coming weeks. Currently, its development and testing process has been put up on hold due to a nationwide lockdown. The e-Amby is likely to get ready in the second half of this year. Prices of the electric Amby will surely be on higher side.