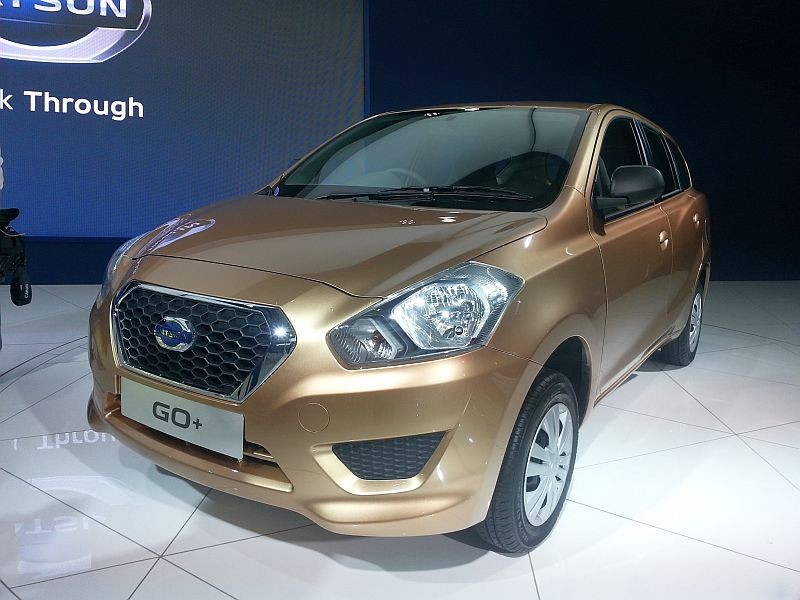 Nissan India is all set to launch second Datsun product- the Go+ MPV in the country. The vehicle has recently been spotted testing on Indian roads, while Datsun’s official site has already revealed few important details about the vehicle. The compact people mover is likely to hit Indian shores in early 2015.

The Datsun Go+ MPV shares its engine lineup with its hatchback sibling. It is propelled by a 1.2-litre three-cylinder petrol engine that churns out a maximum power output of 67bhp at 5,000rpm and a peak torque of 104Nm at 4,000rpm. This engine is coupled to a five-speed manual gearbox which sends the power to front wheels. It is claimed to return an impressive fuel economy of 20.62kmpl.

The Datsun Go+ MPV is basically the Go with an extended third row seat. It offers a decent boot space of 48-litres which can be extended up to 347-litres by folding rear seats.