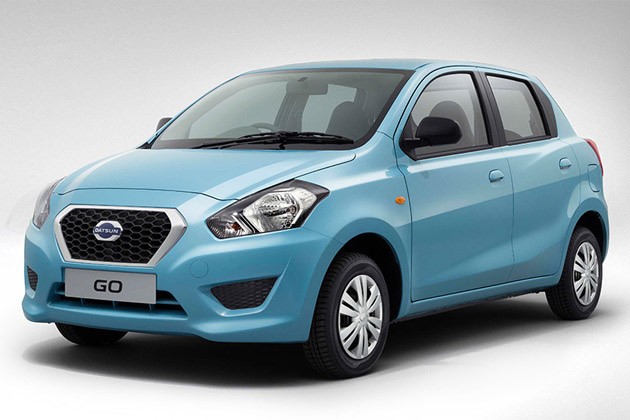 Datsun, the low-cost car brand of Nissan Motors, has now officially announced that the sales of its much anticipated small hatchback, Datsun GO will commence by March 2014. The company will sell its cars through existing Nissan dealerships in India. The company will flag off its production at the Renault- Nissan Joint plant, based in Chennai, on February 4, 2014. Additionally, the car would also be showcased at the 2014 Auto Expo in all its colors.

The company has already revealed its future plans for the Auto Expo 2014. Datsun will also showcase the concept car, which will target the young buyers of India. Furthermore, the company will also showcase the GO+ MPV at the Auto Expo 2014. The GO+’s MPV was unveiled in Indonesia last year and the sub-4 metre sedan based on GO is also in the pipeline and will see the daylight in India by 2014 end.

Nissan that phased out the brand Datsun in 1986, has revived the brand for growing markets like India, Indonesia, Brazil, South Africa and Russia. After launching the Go hatchback and Go+ MPV, the company at a later stage will also bring in a compact sedan based on the Go platform, to rival Maruti Suzuki Swift Dzire and Honda Amaze.

Stay tuned to IndiaCarNews for all the latest updates about upcoming cars in India. Cheers!