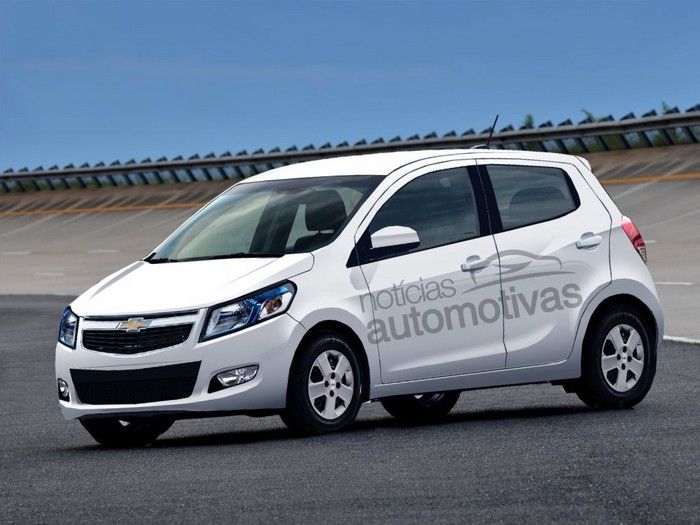 We reported earlier that General Motor is working on a new platform codenamed ‘Amber’ which will underpin three new cars. This platform will be used to develop a compact hatchback, a compact sedan and a compact SUV. The first rendered image of the hatchback based on the Amber platform has been revealed, which is named as Chevrolet Jade in the Brazilian market.

The upcoming Amber based hatchback will sport a completely new designed with Chevrolet’s traditional twin port grille. If media reports are to be believed, the new hatchback will rival Swift and it will be an expanded version of the Chevrolet Beat. The cars based on this low cost platform will be specially developed for the developing nations including Brazil, Russia, India, Thailand and Mexico.

According to Brazilian media, the cars produced on the Amber platform would be designed by GM Europe and engineered by GM Brazil. Moreover, the GM’s manufacturing plant in Sao Jose dos Campos in Brazil is likely to be the main centre for the development of new high volume product. The hatchback will replace the Chevrolet Celta in Brazil.

The Amber based hatchback is likely to go on sale in India by 2017-18. The company aims to sell around 1-1.2 million units of vehicle based on the Amber platform, out of which around 1.5 lakh units are aimed to sell in the Indian market. Till 2017-18, General Motors will only launch the facelifts and special editions of the existing cars.