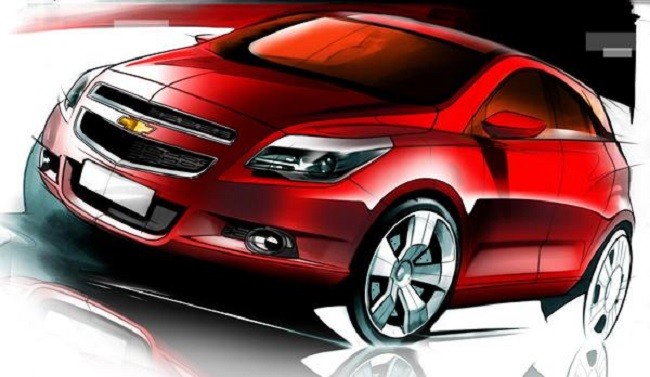 General Motors is planning to showcase a sub-four-metre compact SUV concept at the upcoming 2014 Auto Expo in New Delhi, according to a news published by Autocar India. Expected to be based on the company’s global compact vehicle platform, the SUV will be named as Gamma 2. The vehicle is likely to share the engine with the Chevrolet Sail hatchback and Enjoy MPV, and will come powered with 1.3-litre diesel engine. This powertrain will deliver a peak power output of 77bhp.

The SUV will be an answer to the Ford EcoSport, upcoming Hyundai compact SUV and Maruti XA-Alpha. The new compact SUV will share the floor with its younger sibling Beat facelift, the all new Chevrolet Traiblazer SUV, the Corvetter Stingray C7 and the Chevrolet Camaro the event. The 2014 Beat facelift will appear in new Manchester United football club’s color. The new Corvetter Stingray C7 and Chevrolet Camaro sports will the show-stoppers from the company, while the Traiblazer SUV is a comfortable seven-seater.

Though the company hasn’t revealed anything about this upcoming SUV, we are expecting it to be launched in 2014 only. There is no imformation on the engine options too, but General Motors has an option to fit 1.3-litre diesel engine that it had co-produced with Fiat. The 1.3-litre is the same multijet diesel mill that Maruti sources from Fiat and uses in many of its cars. The upcoming XA Alpha too will sport the same engine. Since, the car will be positioned against the Ford EcoSport, expect it to be launched at a starting price of Rs 6.5-7.0 lakh.