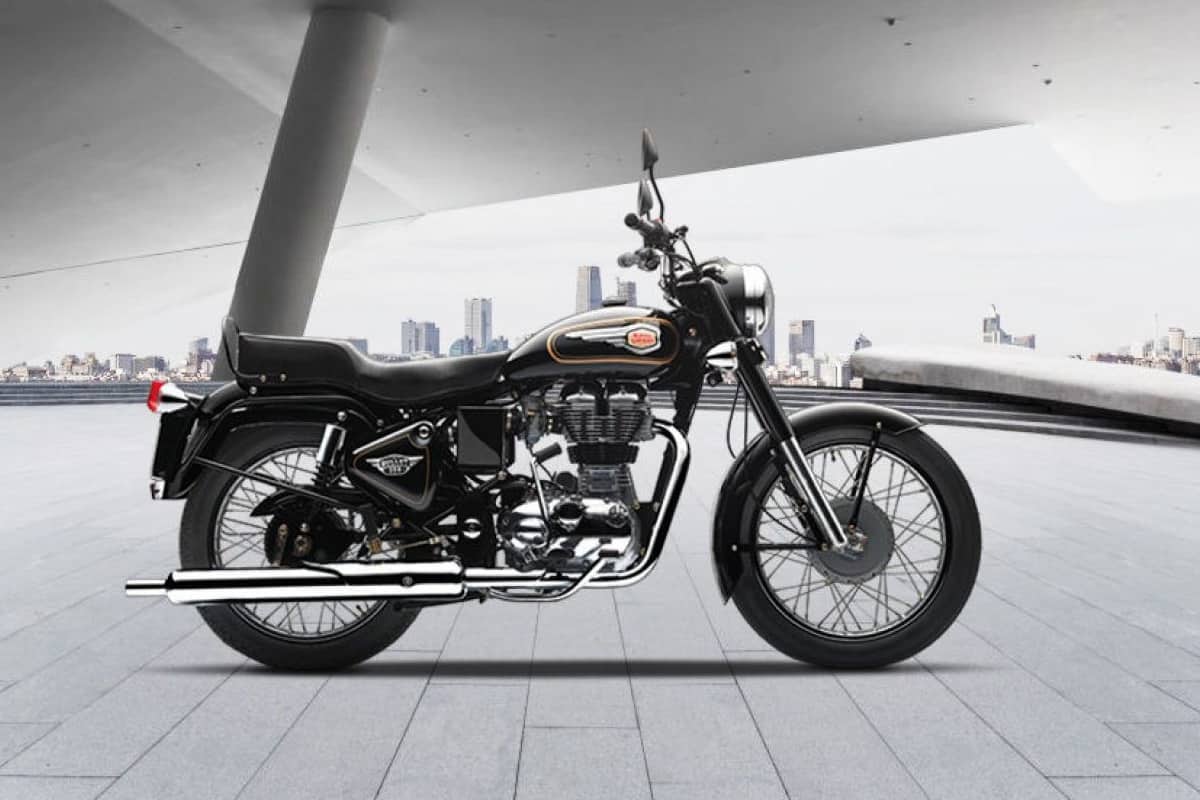 Prices of the BS6 Royal Enfield Bullet 350 have been leaked online ahead of its official launch. The motorcycle will be made available in two variants – Standard and ‘X’. The entry-level Standard model with kickstart has been priced at Rs 1.28 lakh. The Bullet X variant comes with kickstart and self-start system that cost Rs 1.22 lakh and Rs 1.37 lakh respectively.

Compared to its BS4 version, the BS6 Royal Enfield Bullet 350 is around Rs 6,000 – Rs 7,000 more expensive. Bookings of the updated model have already been commenced at dealership level. Interested buyers can pre-book the vehicle by paying a token amount of Rs 10,000. Deliveries of the bike are likely to commence in coming weeks.

Similar to the BS6 Classic 350, the BS6 Royal Enfield Bullet 350 will receive new colour schemes. For power, the updated model uses a 346cc, single-cylinder, air-cooled UCE engine boosted with FI (fuel injection) system. The power and torque figures of the BS6 motor are yet to be revealed. The BS4 motor pushes out a peak power of 19.1bhp against 28Nm of torque. Transmission duties are done by a 5-speed gearbox. Read: Most Affordable BS6 Royal Enfield Classic 350 Priced at Rs 1.57 Lakh

The Chennai based bikemaker is ready to give a generation change to the Classic 350, Bullet 350 and Thunderbird X 350. If reports are to be believed, the next-generation Thunderbird X 350 could be named ‘Royal Enfield Meteor’.  It will be based on a new ‘J’ platform and is likely to get a new BS6 engine.

More details about the Royal Enfield Bullet 350 BS6 and other upcoming RE bikes are likely to be revealed in near future. Stay tuned to IndiaCarNews.