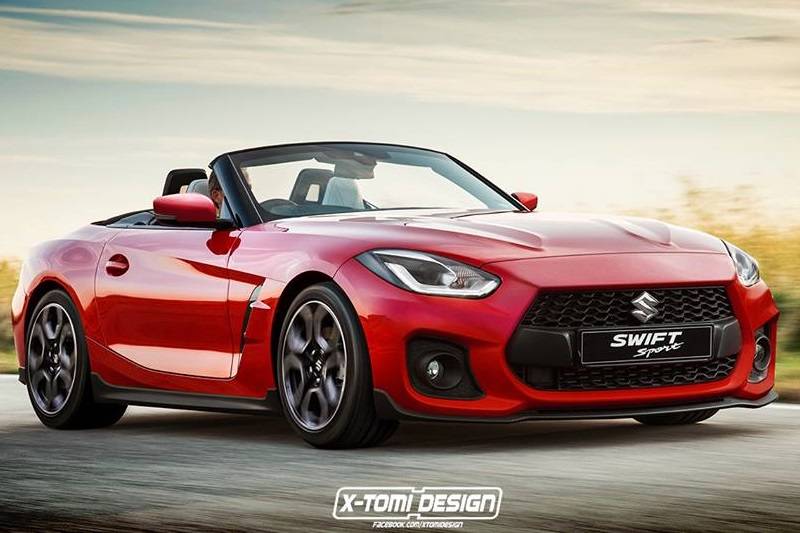 Folks at X-Tomi Design came up with an amazing idea to make a cross between these two cars.

In August, the new BMW Z4 made its debut at the Pebble Beach Concours event in the United States. The new luxury roadster is ready to hit roads during 2019 spring. While we haven’t got over the beauty of the 2019 BMW Z4, here’s a mix-and-match version of the Z4 and new Suzuki Swift Sport. Folks at X-Tomi Design came up with an amazing idea to make a cross between these two cars and presented a digital rendering of the convertible Swift Sport inspired by the new Z4 roadster.

No changes have been made to the interior of the rendered Z4. The updated model of the roadster shows the BMW’s evolved cockpit layout with a ‘fared-in’ infotainment system and a newly-designed fully digital instrument panel. Some of its key features include Harman Kardon Surround Sound System, electrically adjustable seats with memory function, Vernasca black leather trim with fancy stitching, two high resolution digital displays, etc. Read – 4 Reasons Why Suzuki Swift Sport Should Launch In India

Engine setup of the rendered roadster remains unchanged. That means, it uses the same 3.0-litre, 6-cylinder inline turbocharged V6 engine that’s good for 340bhp of power. It takes just 4.6 seconds to accelerate from standstill to 100kmph. On the other hand, the new Suzuki Swift Sport features a 1.4L Boosterjet petrol motor with a 6-speed manual gearbox. This unit delivers a top power of 138bhp against 230Nm of torque.