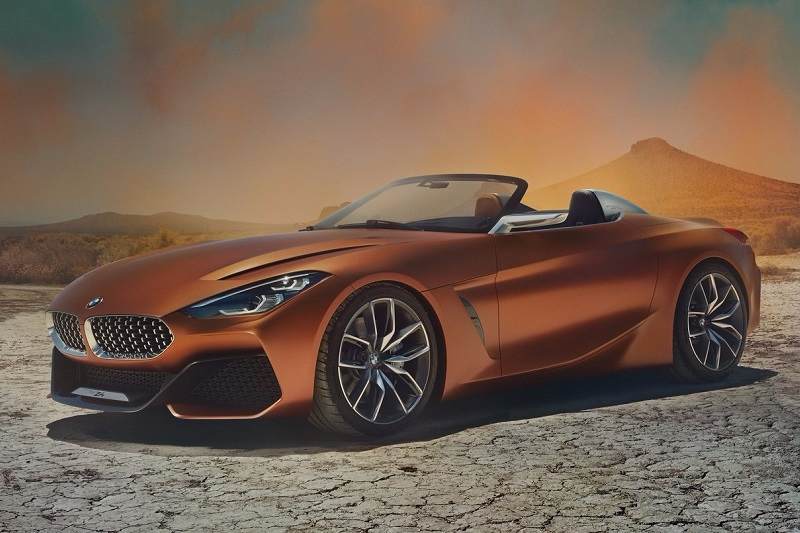 BMW has revealed the first look of the Z4 Roadster Concept via official pictures. The 2018 BMW Z4 will be put up on display at the 67th Annual Concours d’Elegance at Pebble Beach on August 20, 2017. Carrying a dynamic silhouette and sexy orange droptop, the 2018 BMW Z4 concept looks absolutely stunning. The futuristic design of the Z4 offers a glimpse of its series-production version that will make its debut next year.

Adrian van Hooydonk, Senior Vice President BMW Group Design said, “The BMW Concept Z4 expresses the new BMW design language from all perspectives and in all details. From the dynamic- looking front to the striking flanks to the clean-cut tail end: a few lines and the subtle interplay between surfaces are enough to generate a sense of power and emotion.” Picture Gallery – All New BMW 8 Series Concept 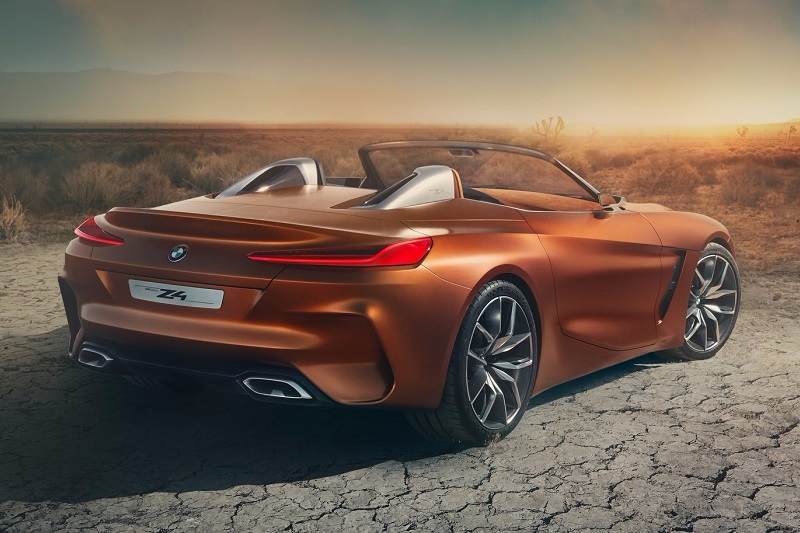 One of the significant design changes that you will notice is the broad and low-set kidney grille which is completely different from BMW’s typical vertically placed headlamps diverge from the horizontal layout. Though, it retains the classical roadster design elements such as stretched silhouette, a low-slung, a long wheelbase and the compact rear profile. Compared to the previous model, the new Z4 offers a closer driver position to the centre of the car – thanks to its shorter bonnet and overhangs. Check Out – New-gen BMW X3 – Pictures & Details 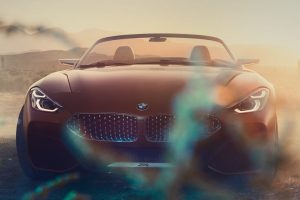 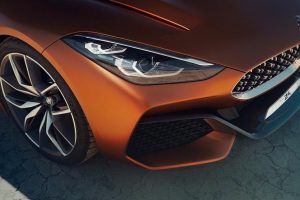 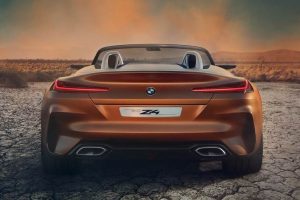 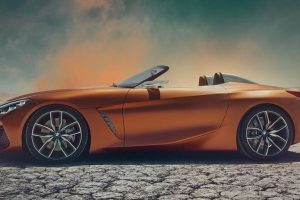 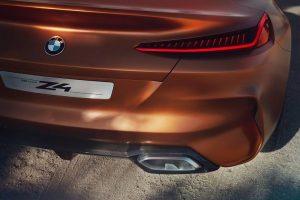 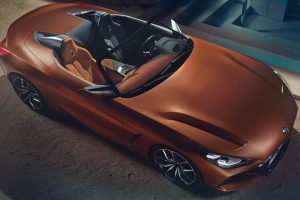 While creating a futuristic design, BMW design team has managed to reinforce its driving experience with a highly driver-oriented cabin. The all-black interior of the 2018 BMW Z4 significantly stands out from the Orange exterior shade of the car. There is black finishing on the instrument panel, door trim panels, centre stake and driver seat. BMW has also sprinkled chrome here and there. The new BMW Z4 features a wide infotainment display and a digital instrument cluster. Check Out: New BMW i8 – Detailed Picture Gallery

The Head-Up Display has been positioned just above the instrument cluster. All the controls are clustered together intro ‘Function Islands’. The light brown leather seats have hexagonal laser-cut motifs, embossed asymmetrical logos and carbon-fibre door sill finishers.

Engine details of the 2018 BMW Z4 are still under wraps. Though, it is likely to come with two powertrain options – a four-cylinder unit and an inline six making power worth 195bhp and 335bhp respectively.