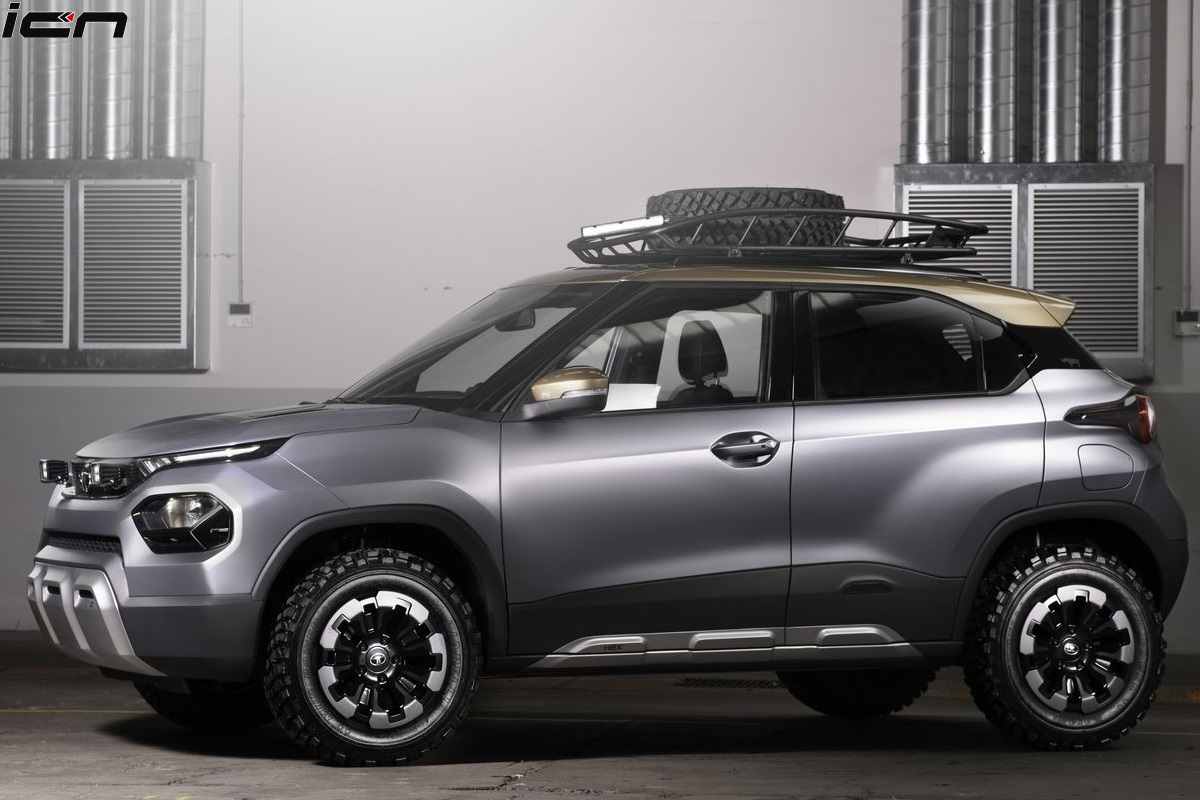 SUVs might be dominating the Indian market, but the staple models are still in demand and have been incessantly doing well. Attributed to affordable pricing, low cost of maintenance and frugal engines, the entry-level models are hard to go out of demand. Interestingly, carmakers are defying the rules by coming up with contemporary designs for these mainstay models and equipping them with latest tech. We have already seen the launch of Maruti S-Presso, Renault Kwid, Tata Tiago, New Hyundai Santro in the sub-6 lakh category. For those who are planning to buy a new car and have a restricted budget, here is our list of the top new upcoming cars under 6 lakhs.

The first model in our list of upcoming cars under Rs 6 lakh is the Tata HBX, which was unveiled at the 2020. The HBX concept previewes the brand’s upcoming micro SUV. Scheduled to be launched in the first quarter of 2021, the new Tata HBX based SUV will challenge the likes of the Maruti Ignis and the Mahindra KUV100NXT. It is based on the Tata’s new ALFA modular platform, which also underpins the Altroz premium hatchback.

The micro SUV has been designed on the company’s new IMAPCT 2.0 design language, which we have already seen on the new Harrier and the Altroz. The final version of the micro SUV will stay true to the concept, as the HBX is claimed to be 97% production-ready. In terms of proportions, the HBX is 3,860mm long, 1,990mm wide and 1,889mm tall, and has a wheelbase of 2,445. The new model is significantly bigger than the competition. While the Nexon compact SUV comes with a more coupe-SUV profile, the Tata H2X has more imposing SUV’s stance. The micro SUV gets bigger front bumper, flat roof, squared wheel arches and high ground clearance.

The interior of the HBX is shared with the Altroz premium hatchback. It comes fitted with a large free-standing touchscreen infotainment system with Android Auto and Apple CarPlay, reverse camera, multi-functional steering wheel, automatic AC and others. It will be powered by a 1.2-litre, 3-cylinder Revotron petrol engine that also powers the Tiago and the Altroz. This engine is capable of producing 85bhp of power and 110Nm of torque. Transmission options will include a 5-speed manual and an AMT. Also See – Upcoming Cars under 10 Lakhs

Maruti Suzuki has started working on the all-new entry-level hatchback, which will come as a replacement for the current Alto. The new model is likely to be called the new Maruti Alto; though, official details are yet to be revealed. The new model will be based on the HEARTECT platform, which also underpins the new Wagon R and S-Presso. The next-gen Maruti Alto is likely to feature a crossover-ish styling with many SUV-like design highlights. The next Alto will directly rival the Renault Kwid facelift.

The top-end variant is likely to get the touchscreen infotainment system with smartphone connectivity. Dual front airbags, ABS with EBD, rear parking sensor, seat belt reminder, ISOFIX child seat anchors and the speed alert will be offered as standard safety features. The next-gen Maruti Suzuki Alto will be powered by a 796cc, 3-cylinder naturally-aspirated petrol engine that is capable of producing 48bhp of power and 69Nm of torque. Transmission choices will include a 5-speed manual and an AMT.

Similar to the new-gen Alto, Maruti Suzuki is also developing the next-gen Celerio hatchback. Likely to be launched in 2021, the new model will feature all-new design. It will be based on the HEARTECT platform, which underpins the new WagonR and the S-Presso. The next Celerio will be positioned between the S-Presso and the Wagon R. It will directly rival the Tata Tiago and the Hyundai Santro. It will be powered by a 1.0-litre K-Series petrol engine that is capable of producing 66bhp of power and 90Nm of torque.

Korean automaker, Hyundai is reportedly working on an all-new micro SUV for the developing nations including India. This model joins our list of upcoming cars under 6 lakhs in India in the next 2 years. Codenamed Hyundai AX, the micro SUV will directly rival the upcoming Tata HBX and the Maruti Ignis. To be positioned alongside the Santro hatchback, the AX is rumoured to be launched in the Indian market in late 2021. It will be based on the new-gen Santro’s platform.

The AX micro SUV will be the smallest and most affordable SUV from the South Korean automaker. The Hyundai AX is reported to come with a 1.0L, 3-cylinder petrol engine. The carmaker might also use the Santro’s 1.1L 4-cylinder engine with a 5-speed manual and a 5-speed Smart Auto AMT gearbox.

The last model in our list of the upcoming cars under Rs 6 lakh is the new Wagon R XL5, which will be sold exclusively through NEXA premium dealership network. The premium model will retain the original tall-boy design and dimension. In terms of changes, the Maruti XL5 will receive split headlamps with LED DRLs, new upper and lower grille, revised front bumper and revised fog lamps. Silver touch-ups will be offered on the lower side of the front bumper and the side body baseline.

The Maruti XL5 will feature raised bonnet and 15-inch black alloy wheels. At the back, the tall-boy hatch will receive high-mounted stop lamp and LED taillamps. It will also be made available in NEXA Blue colour scheme. The tall-boy model will be powered by a 1.2-litre petrol engine producing 82bhp of power and 113Nm of torque. Transmission options on offer are likely to be a 5-speed manual and a 5-speed AMT unit.