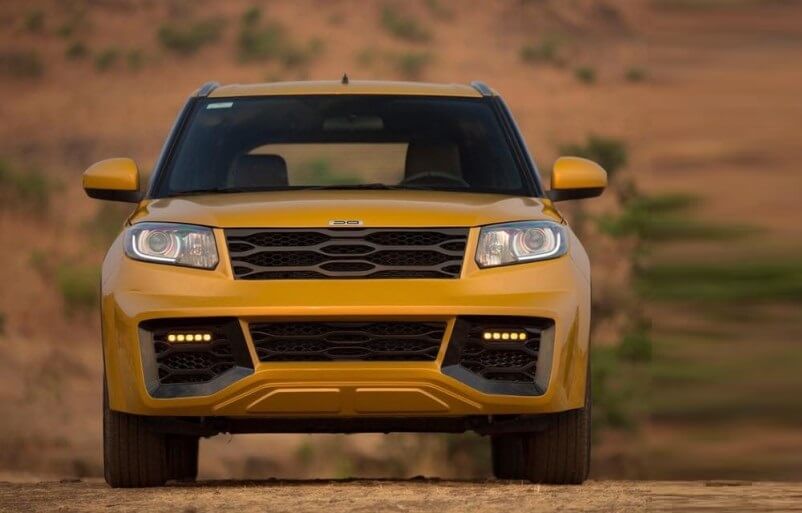 With almost 10,000-unit sales every month, Vitara Brezza is of the best-selling models from India’s leading auto giant, Maruti Suzuki. The subcompact SUV was launched last year in India only in diesel version and the company will soon add a new petrol unit to the carline. Commanding a high waiting period, MSI is chalking out a plan to meet the spiralling demand. In aesthetic terms, Vitara Brezza looks sporty and compact, but if you want to get your Vitara Brezza customized, we bring you top 5 best modified Maruti Vitara Brezza that can be of some help. Also See – Best Modified Maruti Suzuki Swifts In India 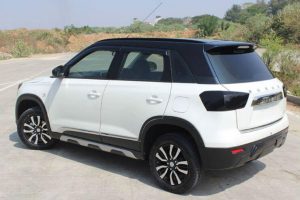 This mod Vitara Brezza by Kalyani, a dealer based in Hyderabad and Bengaluru looks neat and slick. Sporting minimal updates, this custom example is based on the VDi variant. Among the new additions, the front receives blacked finished bits, smoked headlamps and Brezza lettering on the bonnet. Other changes include smoked taillamps and black roof which is available only on the top-spec ZDi+ trim as an optional feature in stock Brezza. Besides, it features new side skirting, new rear spoiler, on the outside. While the cabin gets a new touchscreen system, new trim panels and leather upholstery from iCreate. Also Read – Top 5 Best Modified Maruti 800s 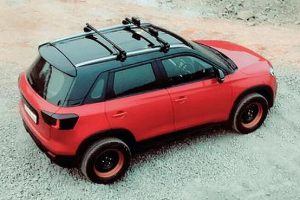 Sporting a red paint, this modified Vitara Brezza misses out on the alloy rims and instead gets 16-inch steel wheels with an orange lip. The customizer has replaced all the chrome bits with black finishing that gives it a neat look. Besides blackened taillamps, the SUV features a new roof rack atop, new rear diffuser with dual exhaust tips etc. 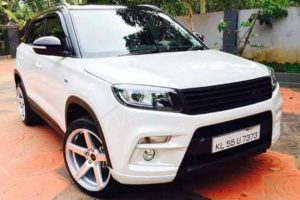 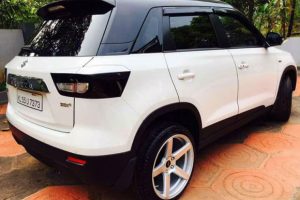 Another mod Vitara Brezza that has been customized tastefully is this example with white colour paint. It gets new elements for an enhanced exterior such the new black finished grille that injects aggression. The Suzuki logo has been removed. At sides, it features 5-spoke aftermarket rims. The taillamps have been finished in black and get a white highlight on it. Also See – This Modified Maruti Suzuki Baleno Hatchback Will Surely Turn Heads 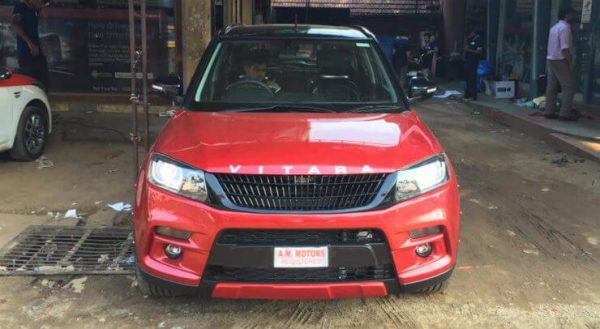 Sporting a new grille up front, this modified Brezza was the first example of the subcompact SUV. Aside from the new aftermarket grille that gives it sportier look and injects aggression, the SUV also features Vitara lettering on the bonnet. Another addition on this mod Brezza is the new bolted fender flares and new side skirting that adds ruggedness to the SUV. It additionally dons Vossen rims at sides that further adds to its sporty character. 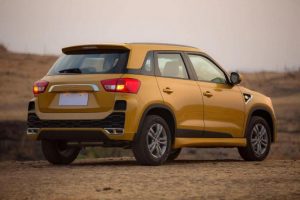 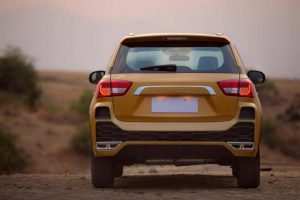 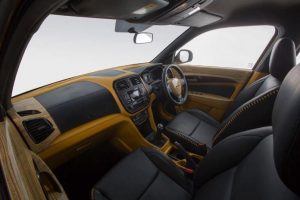 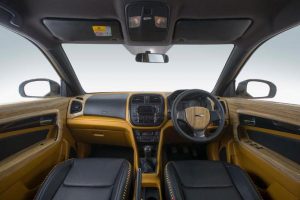 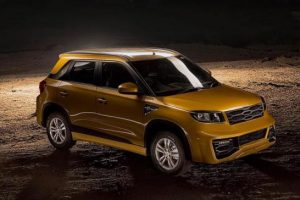 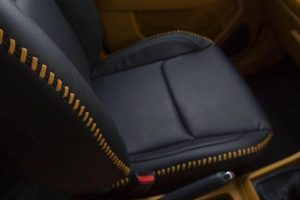 DC’s iteration of Vitara Brezza gets new elements and styling updates such as the new grille that comes bereft of the logo, although the DC lettering can be seen on the bonnet. Other prominent changes made to the front include new bumper, larger air vents and LED indicators. Air vents can also be seen on the fender that seems to be inspired by the Land Rover SUVs. The chrome elements at rear have been painted to match the body colour, besides, the model gets a new bumper with air vents. Inside the cabin, it gets a new colour scheme and wood trims on the panel.