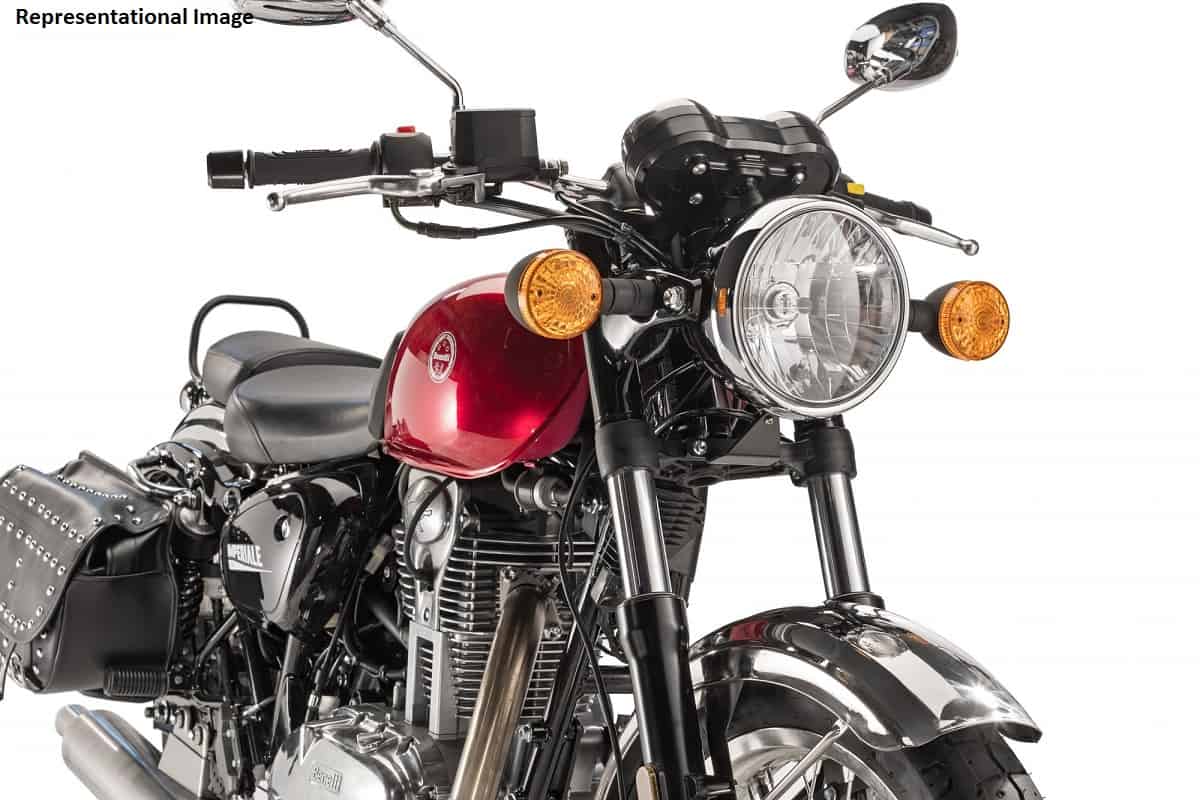 In October 2019, the Italian bikemaker introduced the Benelli Imperial 400 retro-styled motorcycle in the Indian market. The model has been made available at Rs 1.69 lakh, thus making it direct rival of the Royal Enfield Classic 350. The bikemaker has already confirmed that it will bring a couple of new variants of the Imperial 400. The new models will come with different capacity of engines.

Recently, the patent image of the Benelli Imperial 530 has been leaked online. Similar to its smaller capacity sibling, the Imperial 530 carries retro design bits including a round headlamp, classic tear drop shaped fuel tank, flat wide handlebar and twin clock instrument console. What makes it look different is the single-piece, dual-tone seat. It’s also devoid of the passenger grab rail.

For power, the Benelli Imperial 530 will use a 530cc engine that’s likely to deliver power around 30bhp. The Imperial 400 comes with a 374cc, single-cylinder, air-cooled engine hooked to a 5-speed gearbox. The motor pushes out a peak power of 21bhp at 5500rpm and 29Nm of torque at 4500rpm. The 530cc motor will meet the BS6 emission norms and Euro5 standards.

The bigger capacity Imperial retro-bike is likely to make its global debut in July, 2020. Though, it could be postponed due to the ongoing COVID-19 crisis. More details about the bike are likely to be revealed in near future.