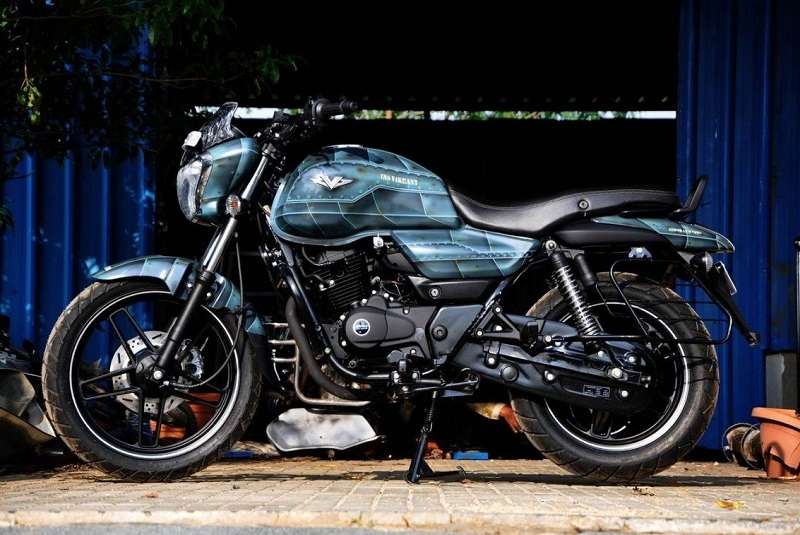 The Bajaj V15 custom bike by EIMOR customs has a bespoke Battleship Gray theme instead of the regular dual-tone colour scheme.

Made of INS Vikrant’s metal, the Bajaj V15 not only dignifies the glory of the warrior ship but signifies its attributes and solidity as well. Now, a Hyderabad based custom bike company – EIMOR – has come up with a customized version of the V15 that looks even better. With rust sports and surface textures, the EIMOR customized Bajaj V15 appears more robust and sporty than the stock model.

What instantly grabs your attention is the fuel tank that receives an airbrush painting of the ship with ‘INS Vikrant’ moniker. Ditching the standard dual-tone colour scheme, EIMOR customs used a bespoke Battleship Gray theme harmonizing with its legendary inspiration. The front mudguard is embossed with real ship number i.e. ‘R11’ – positioned beside the Indian flag sticker. 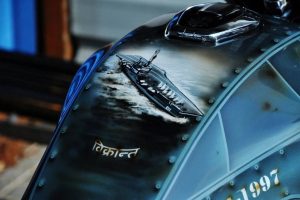 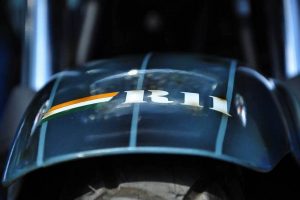 Towards the sides, one can notice the ship name and its service possession in the Navy. While the ‘V’ badge on either side of the tank remain unchanged. The tail section features a bold lettering “The Invincible”, while the black-painted engine and chassis appear like underbelly of the ship. 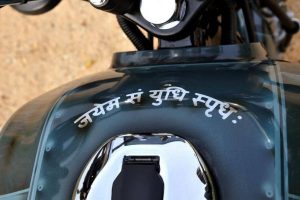 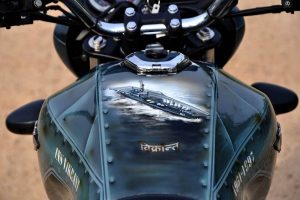 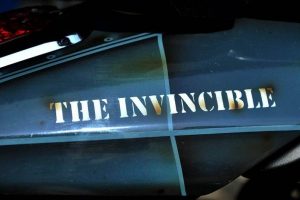 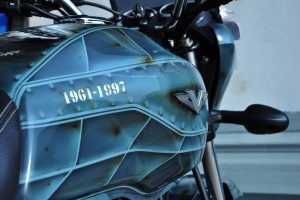 No mechanical changes have been made to the bike. The EIMOR customized Bajaj V15 is powered by the same 150cc, single-cylinder DTS-I engine that is good for 12bhp and 13Nm of torque.  Power is delivered to the wheels via a 5-speed constant mesh gearbox.  The bike has telescopic forks upfront and twin-spring loaded hydraulic type rear suspension for shock absorption.

Launched in February 2016, the Bajaj V15 has been receiving tremendous response from buyers across the country. The proof of its popularity is the fact that the bike grabbed a spot among top 10 selling bikes in India in April 2016. With an aim to further enhance its sales, Bajaj Auto recently introduced the V15 in a new Cocktail Wine Red shade. 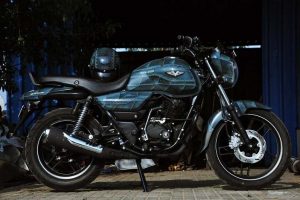 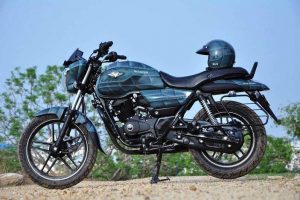 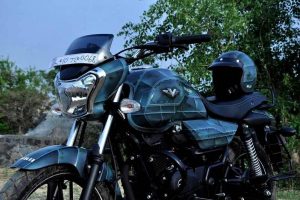