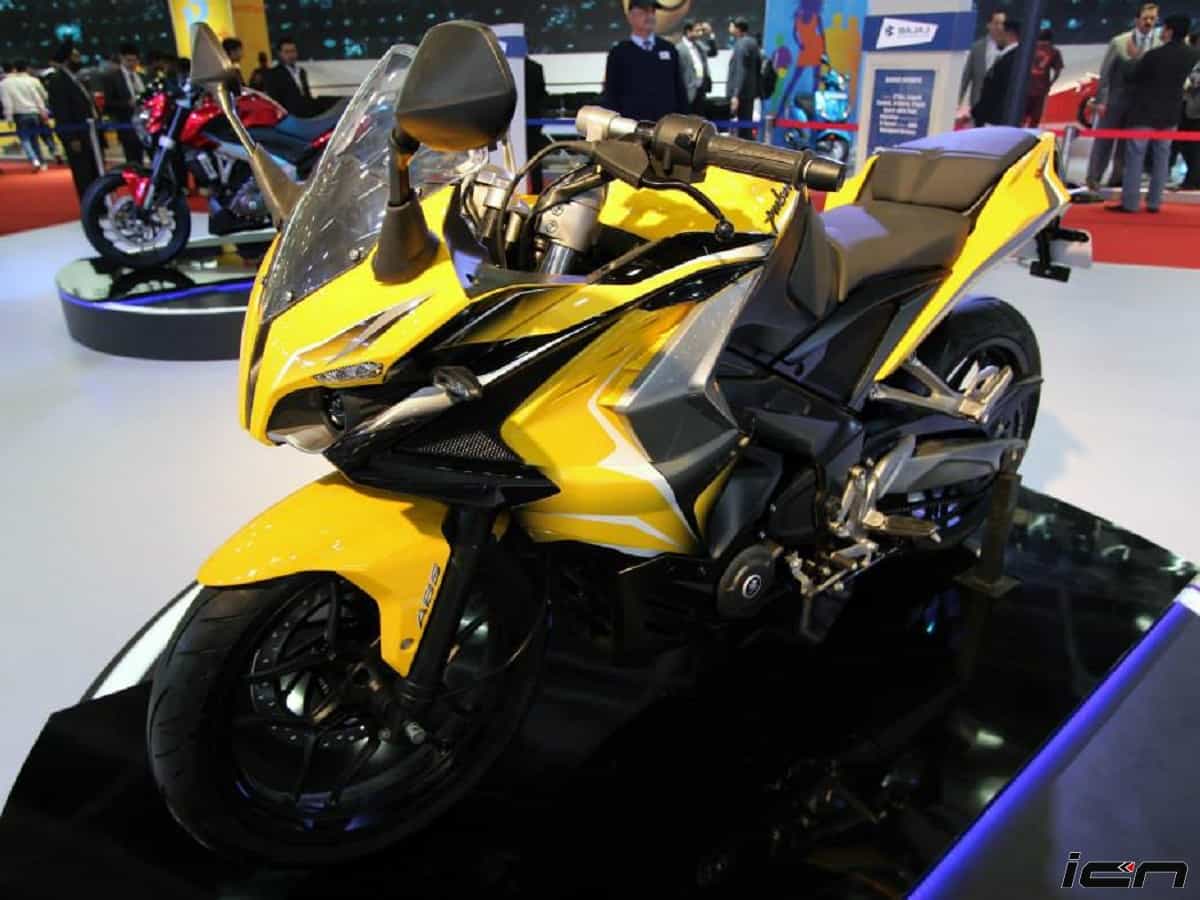 Bajaj Auto showcased the fully-faired Pulsar RS400 (400 SS) performance bike concept at the 2014 Delhi Auto Expo. Now, the bikemaker is planning to launch its production model in the Indonesian market in coming August. As of now, India isn’t even on the launch radar.

The Bajaj Pulsar RS400 is likely to have lower saddle height and comfortable riding ergonomics that will make it compatible for short riders. Upfront of the bike will have aggressive appeal with features such as bulky fairing, twin projector headlamps with LED pilot lamps and a big windscreen.

While the clip-on handle bars and split seat are likely to be carried over from the Pulsar RS200, the fully digital instrument cluster might be borrowed from the Dominar 400. The performance bike might also come with crystal LED taillamps.

It would be quite early to comment on its engine. If reports are to be believed, the Bajaj Pulsar RS400 will derive its power from a BS6-compliant 373.2cc, single-cylinder engine that does duty in the Bajaj Dominar 400. The motor makes a peak power of 40PS and a peak torque of 35Nm. Though, the power figure for the Pulsar RS400 could be different.

Similar to the concept, the production-ready Pulsar RS400 will have a 6-speed claw shifted gearbox. For performing suspension duties, the bike will have telescopic and a monoshock unit at the front and rear axle respectively. The stopping power will come from front and rear disc brakes. The performance bike will get ABS (anti-lock braking system) as standard fitment.