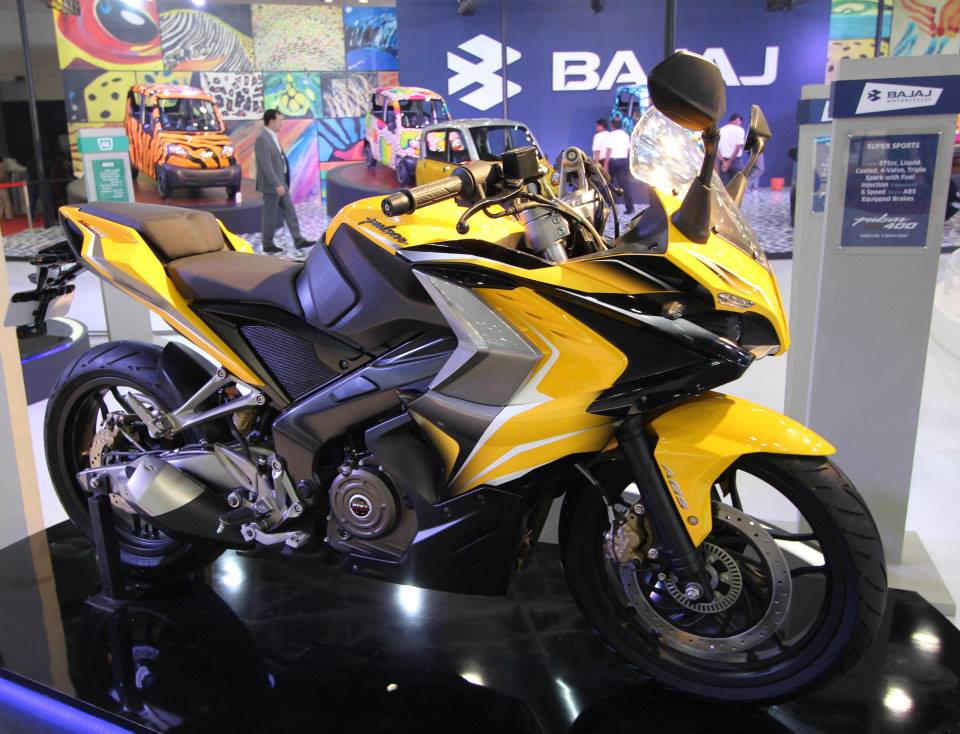 Bajaj Auto that launched three new Pulsar models (RS200, AS200 and AS150) previous year, is now contemplating the launch of two 400cc bikes under the Pulsar nameplate – CS400 and RS400 (SS400). For people not in the know, the company had showcased concepts of both the bikes at the 2014 Delhi Auto Expo. While the CS400 (Cruise Sport) will be the company’s new flagship product, the Bajaj Pulsar RS400 will become the most powerful Pulsar upon its launch. The former will come towards the end of this year, and the latter one is expected to be rolled out by next year.

Though there is no clarity about the exact launch date of the Pulsar RS400, we expect it to hit showrooms sometime in 2017.

The Bajaj Pulsar RS400 will be powered by a 375cc liquid-cooled fuel-injected engine that also does duty in the KTM RC390. The company hasn’t revealed the exact power figures, but it is expected to deliver power equal to the KTM 390 Duke i.e. around 40bhp. This engine will get the company’s patented triple spark technology, and power will be transferred to wheels via a six-speed gearbox. It is likely to offer a top speed around 175kmph. The Bajaj Pulsar RS400 will be sold under Bajaj Auto‘s new ‘race sport’ category that the company had introduced with the new RS200.  Talking about styling, the bike looks largely identical to the RS200. It will continue to be based on the perimeter frame chassis with features like huge fairing, large and bold fuel tank and new tail-lamps. The bike also gets an analogue tachometer, digital speedometer, and a new small screen that displays rest of the details. It will be equipped with on telescopic forks up front and monoshck rear suspension.  The 400cc sportbike will get ABS (Anti-Lock Braking System) as a standard feature.