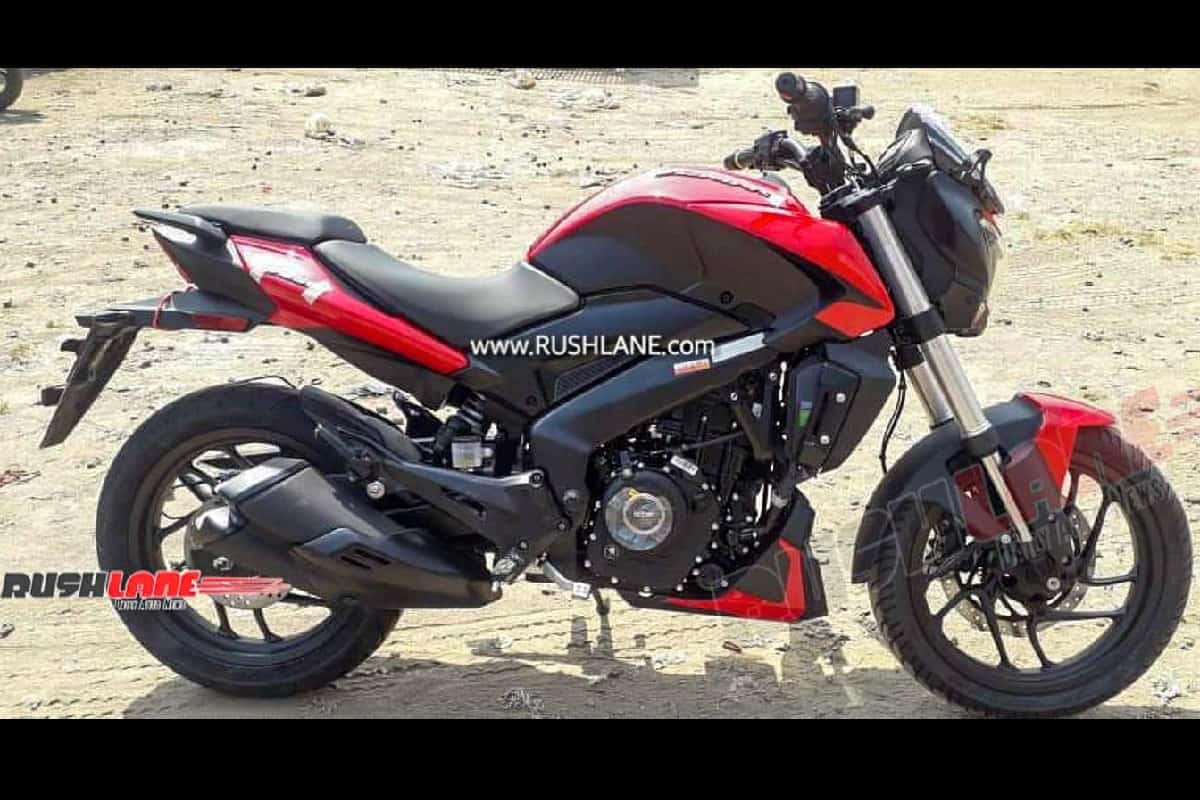 Bajaj Auto will soon receive a more affordable, smaller capacity version of the Dominar 400 motorcycle. Called the Bajaj Dominar 250, the model is slated to hit showrooms in March 2020. Ahead of it official launch, the smaller capacity Dominar has started arriving at dealerships. Recently, the first picture of motorcycle surfaced on the web.

Painted in new Red shade, the Bajaj Dominar 250 carries D250 badge along with differently designed alloy wheels. It gets new low-cost swing-arm instead of the box-section swingram. The platform and several design bits are taken from its elder sibling. The 250cc motorcycle could also be equipped with upside down suspension unit instead of telescopic forks.

The smaller capacity Dominar will ride on thinner tyres and feature a small disc brake. The chain cover will also be different than its donor sibling. Though, the bits including dual instrument console, rear tyre and LED headlamp will be taken from the Dominar 400. Read – BS6 Bajaj Avenger Street 220 Power Figure Out

Compared to the Dominar 400, the new 250cc bike will be more affordable. While the former costs Rs 1.90 lakh, the latter is estimated to be priced around Rs 1.60 lakh. If launched at this price point, it will lock horns with bikes like Yamaha FZ25, Honda CBR250R and Suzuki Gixxer SF 250.