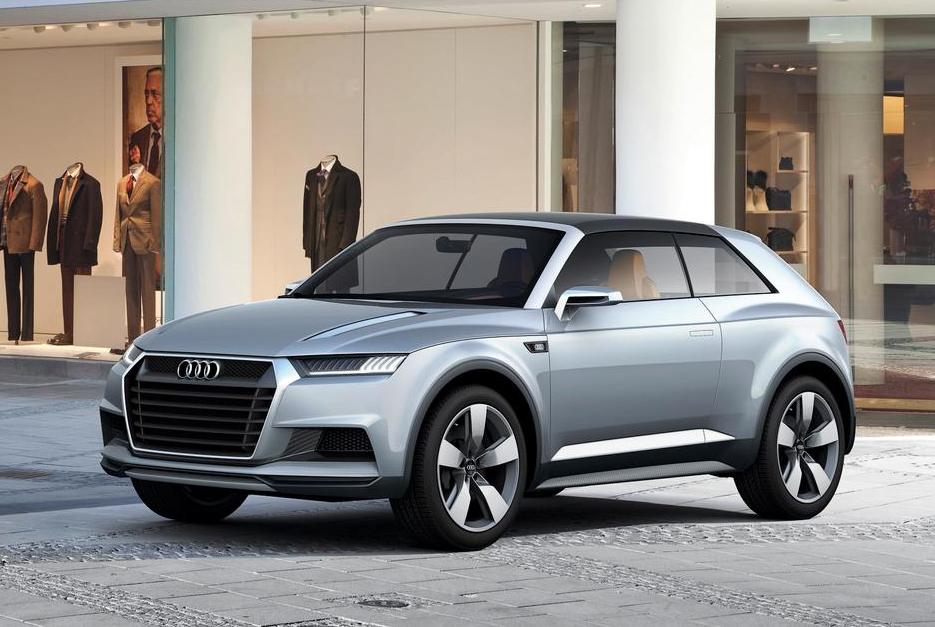 German luxury car manufacturer Audi is working on a small SUV, Q1, which will go into production by 2015-16. The Q1 will directly rival the Nissan Juke buyers and will sit at the bottom of Audi’s Q series. Likes its A-Series, Audi is aiming to fill its Q SUV range (Q1-Q8).

The Audi Q1 SUV features a coupe-like body style with sloping roofline and carved out rear. There will be a body cladding all around the car to offer a more aggressive look. The interior of the SUV are likely to be sourced from other Audi’s and is expected to feature the MMI system and a touchscreen interface.

The new Small SUV will be based on the VW Group’s popular MQB architecture, the smallest version, which will also underpin the all-new Polo hatchback (2015) and next gen A1 (2016). If media reports to believe, the company might also introduce the Quattro 4×4 version alongside the front-wheel drive models.

The new baby crossover is expected to share its engine configuration with the A1. The vehicle comes with a series of petrol and diesel motors, and all the models will get Stop/Start function. It is expected that the entry level model will get the 1.0-litre 3-pot mill that also powers the VW Up!. The oil burners are likely to feature a new 1.4-litre TDI and a 1.6-litre TDI. All the engines will be paired to a six-speed manual gearbox as standard, while media reports suggest that the company might also include VW’s new 10-speed DSG. The Plug-in hybrid model is also likely to make its way to the market.