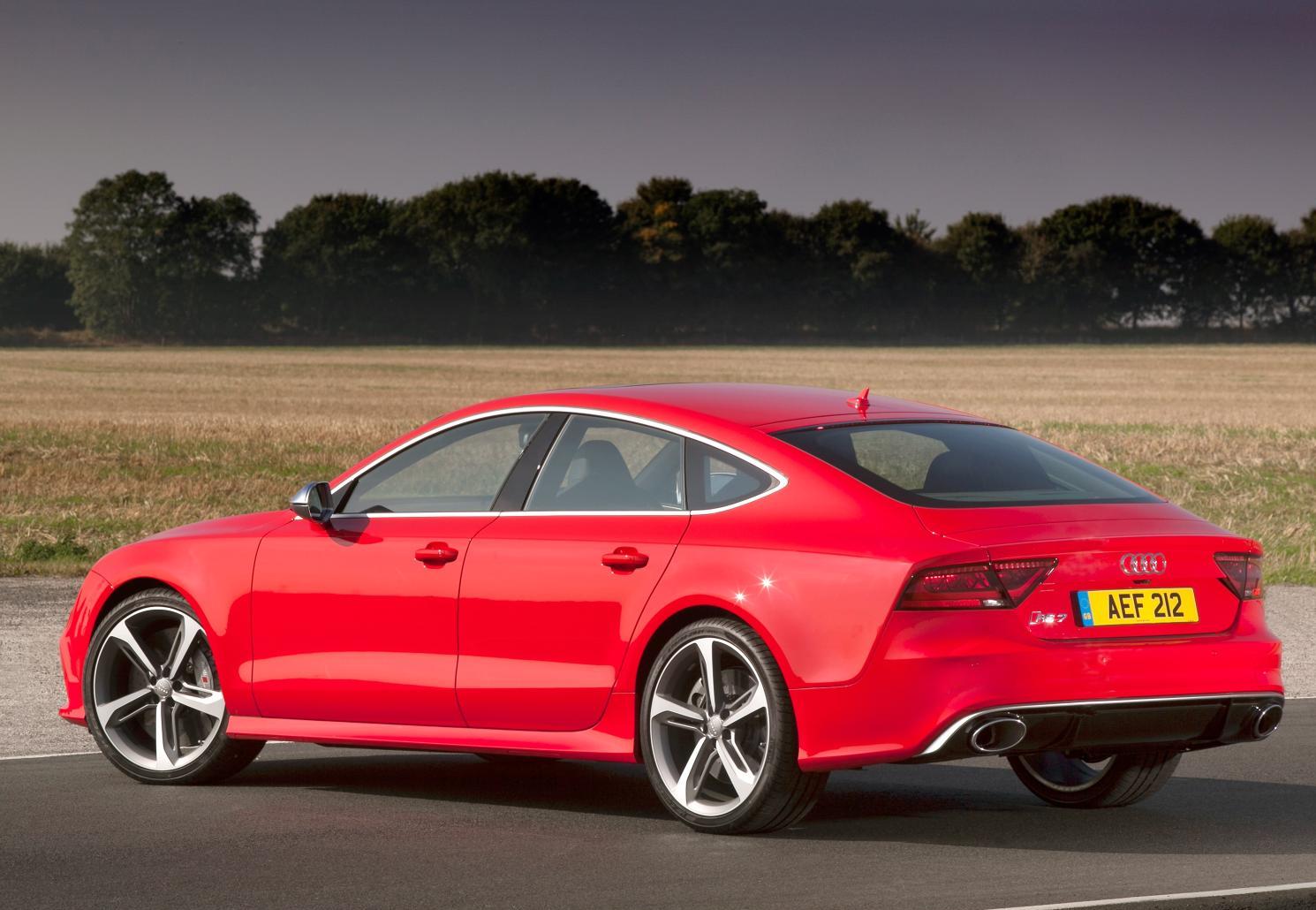 Next week is going to be an exciting one for the car fanatics across the nation. While Honda will launch its much anticipated fourth generation Honda City with diesel powertrain, Mercedes-Benz will take this excitement to the next level by introducing the luxurious 2014 S-Class on January 8, 2014. This is not the end of the story, Yes!!! Audi India surprisingly announced the launch of fastest Audi in its class in India, the RS7 Sportback on January 6th.

The new RS7 is the fastest and most powerful Audi, which is also stated as the performance oriented version of the A7 Sportback. Despite based on the A7 Sportback, the new sporty sedan gets several exterior updates to make it look different and aggressive than the current model. The engine is what turns this beautiful sedan into an aggressive looking, powerful sporty beast.

Under the hood, the new RS7 gets the 4.0-litre twin-turbocharged TFSI V8 engine that churns out a massive power of 552bhp and 700Nm of top torque. The car comes Mated to a 8-speed Tiptronic automatic gearbox, which transmits power to all wheels via the Audi’s Quattro all-wheel drive system. It takes just 3.9 seconds to reach 100kmph from zero and attains an electronically limited top speed of 250kmph. However, in International markets it has a top speed of over 300kmph.

Moreover, the Audi RS7 gets the Start Stop function and cylinder deactivation feature, which is claimed to increase the fuel efficiency of the vehicle by 20 percent. With this technology, four cylinders of the engine shut down automatically under low engine load. For exact pricing, you have to wait for tomorrow, but we expect it to be priced around Rs. 1.3-1.5 crore.