We informed you earlier that Mahindra will introduce the popular Jawa brand in India. Previous reports claim that Jawa motorcycles would start producing vehicles in India from Mahindra’s Pithampur facility in India in July. Now Anand Mahindra has hinted towards an imminent launch of Jawa motorcycles in India via a tweet. He tweeted a picture of a motorcyclist in the rain with a quote “Life isn’t about waiting for the storm to pass, it’s about learning to ride in the rain”. While sharing this picture, Anand Mahindra stated that “We all know about the advice to ‘Dance in the rain…’ But with Jawa’s imminent resurrection you can’t blame me for pushing this avatar of the quote”. Also See – 2018 Jawa 350 Special Retro-Styled Motorcycle Revealed

We all know about the advice to ‘Dance in the rain..’ But with Jawa’s imminent resurrection you can’t blame me for pushing this avatar of the quote… https://t.co/JUGcprTLfE pic.twitter.com/lCBtX6fEQN

This is possibly the biggest hint that the iconic Jawa is all set to hit Indian roads soon. Mahindra two-wheelers own Jawa and BSA bikes, and the production of the bike will commence by July 2018. The new motorcycles will be designed around iconic Jawa 250s and will have retro-modern styling. These motorcycles will directly rival the Royal Enfields in India. 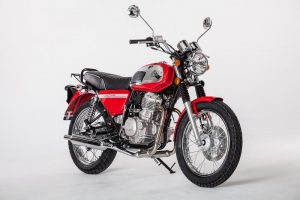 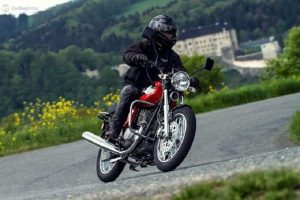 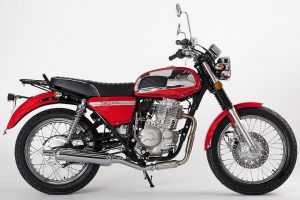 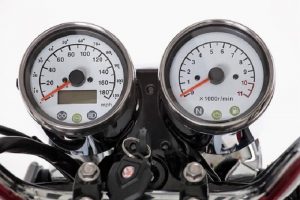 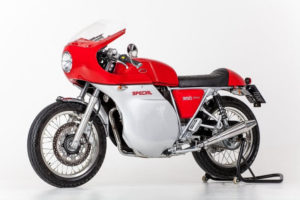 It is speculated that the Jawa 350 could be brand’s first model in India, which was launched last year in international markets. The global-spec model is powered by a 350cc, air-cooled, single-cylinder engine that is capable of producing 26bhp of power and 32Nm of torque. Power is transmitted to the rear wheel via a 4-speed gearbox.

New reports suggest that Jawa bikes for India could use Mahindra Mojo’s engine. The Mojo is powered by a 292cc single-cylinder, liquid-cooled engine that is capable of producing 27bhp of power at 8,000rpm and a peak torque of 30Nm at 5,500rpm.