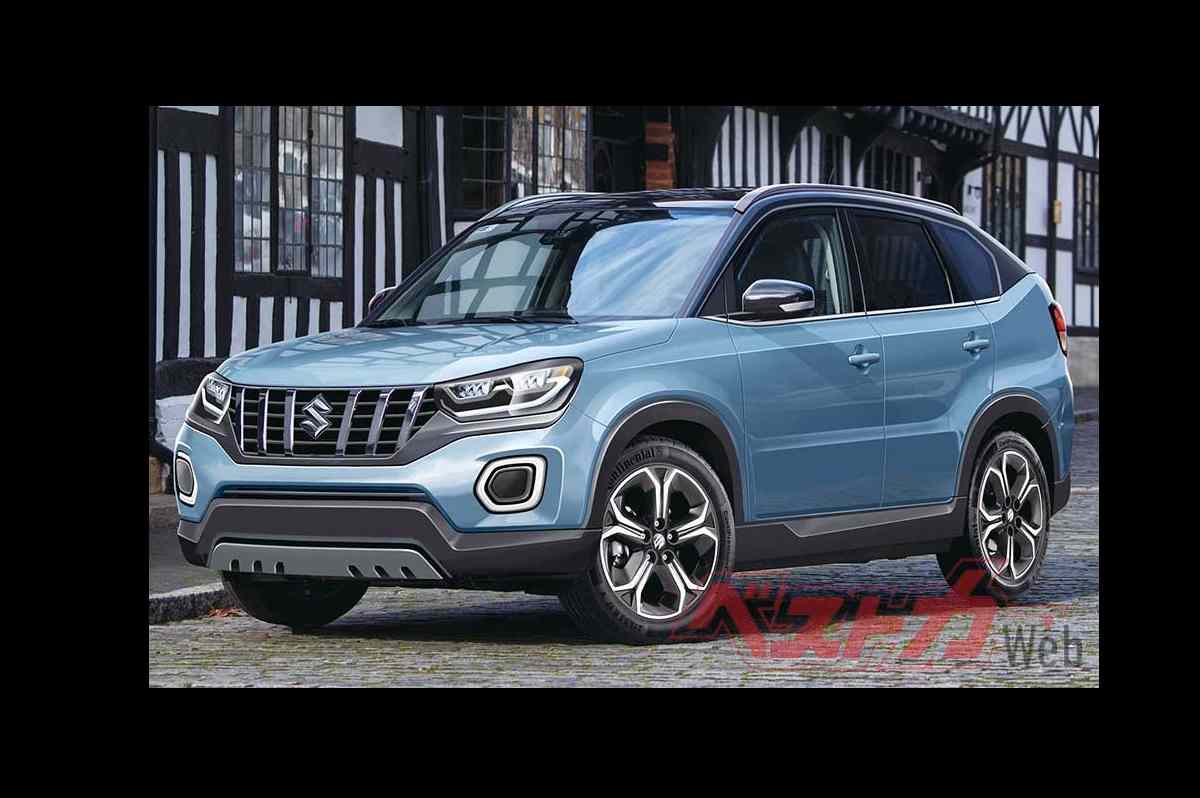 We reported earlier that Maruti Suzuki is readying an all-new mid-sized SUV to rival the likes of Hyundai Creta, Kia Seltos and the Nissan Kicks. A new media report from Japan claims that the next-gen Suzuki Vitara SUV in October, 2020. Adding to it, the publication has also released a new rendering of the upcoming SUV.

We believe that the next-gen Suzuki Vitara could be a good challenger to the popular Hyundai Creta mid-sized SUV. The reason is that the current Vitara is based on the C platform that also underpins the Vitara Brezza. In fact, the next-gen Vitara will be developed on the revised version of the same platform. In fact, Maruti Suzuki’s upcoming mid-sized SUV will also be based on the same platform. The India-spec model will be produced at Toyota’s Bidadi plant, which means Toyota will also introduce the new mid-sized SUV on the Suzuki’s global C platform.

In terms of styling, the next-gen Suzuki Vitara SUV will receive tougher and sportier design. The render suggests that the 2021 Vitara SUV features larger radiator grille and headlamps, prominent fenders, srong creases and prominent beltline. The headlamp and LED fog lamps are all-new.

The interior of the new-gen Suzuki Vitara is expected to receive significant design changes. It will come with all-new interior and premium features. The new model will receive an all-new K14D Boosterjet engine with 48V mild-hybrid system. It is powered by a 1.4-litre turbocharged four-cylinder petrol engine producing 129PS at 5,500rpm and 235Nm of torque between 2,000-3,000rpm. The mild-hybrid system features an 8Ah battery, which adds 13.6PS of power and 10Nm of torque.