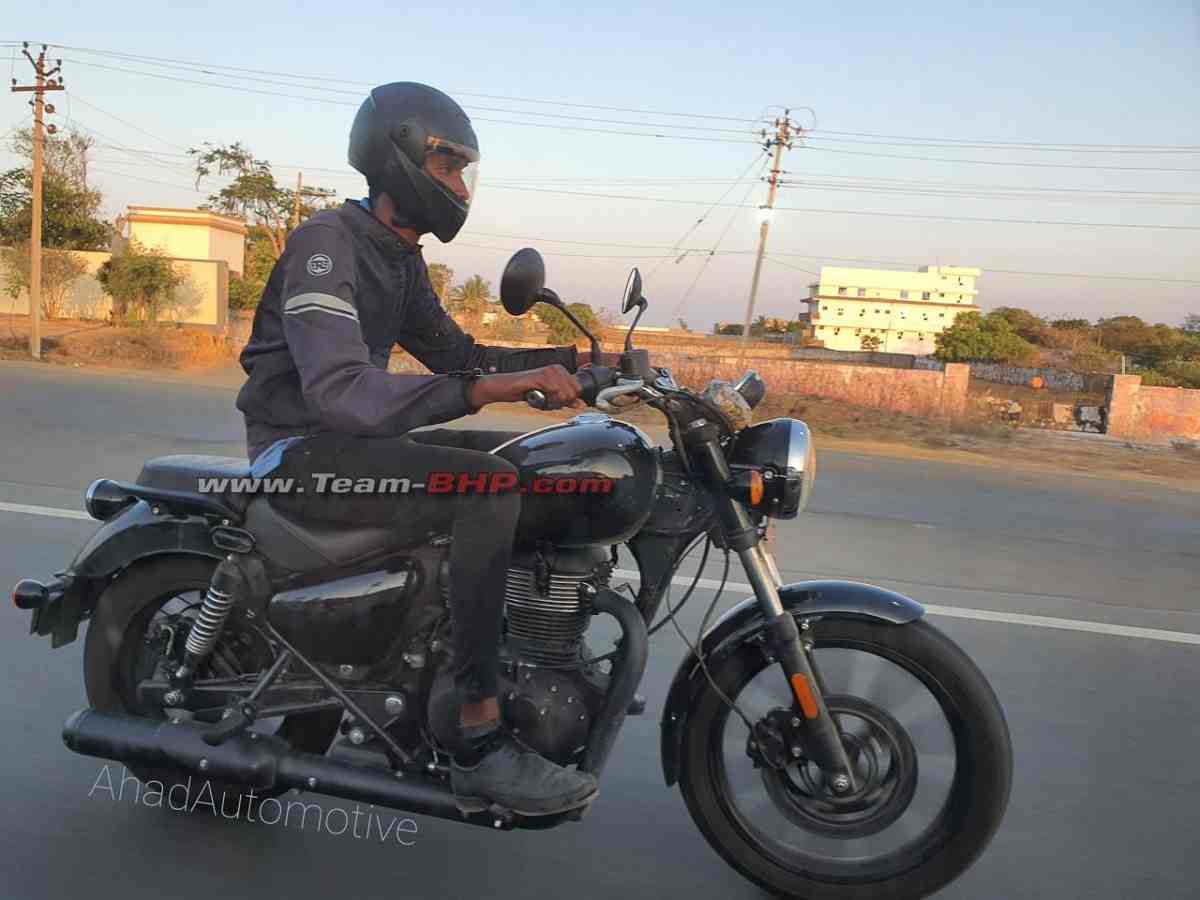 We reported earlier that Royal Enfield is testing the next-gen Thunderbird. If media reports are to be believed, the new model could be called the RE Meteor. A new set of spy images have hit the internet, revealing key details about the styling of the Royal Enfield Meteor.

Going by the images, it is visible that the next-gen Royal Enfield Thunderbird or Meteor gets round headlamp with a chrome bezel and a circular instrument console with a digital readout in the centre. The motorcycle comes fitted with a teardrop shaped fuel tank and a stepped seat. The Meteor features V-shaped alloy wheels and a blacked-out engine case. Other changes include new indicators, revised footpegs and a wider seat. Also See – New RE Meteor – 5 Things to Know

At the back, the new-generation Royal Enfield Meteor features a circular tail lamp that has a chrome bezel. The turn indicators are positioned next to the number plate, which is placed on the lower side. The new motorcycle will be based on an all-new J1C0 platform that will also underpin the next-gen Classic and the Bullet series motorcycles. This platform will be used to develop entry-level RE motorcycles.

The spotted model was equipped with telescopic front forks and twin shock absorbers at the rear. It also has a black exhaust. The RE Metor will be equipped with a BSVI compliant engine. It is expected to be based on the 649cc parallel-twin engine that powers the RE 650 Twins; however, it will be a smaller version and could be a single-cylinder unit ranging between 350cc and 500cc.