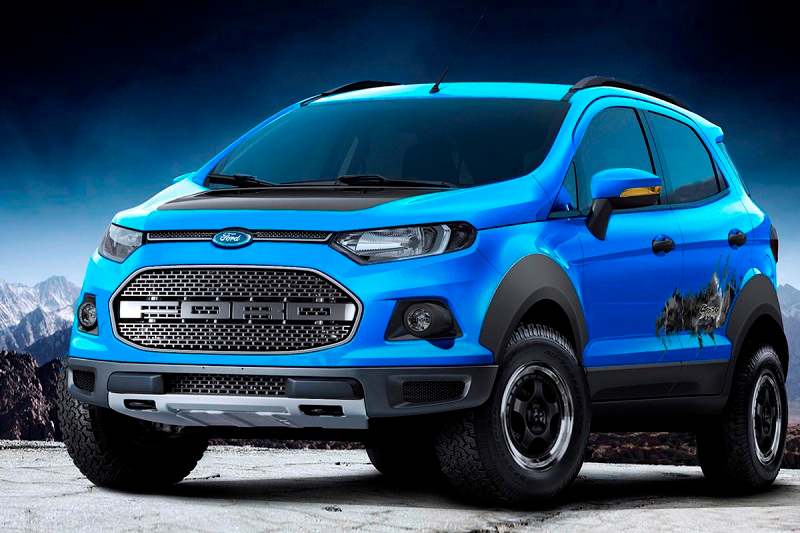 It is no secret that Ford is readying the next generation EcoSport SUV for the global as well as Indian market. A new media report claims that the company has started the development work of the next gen model. Called the ‘Project BX775’, the new Ford EcoSport’s development work is underway at Ford’s Camacari plant in Brazil. For people not in the know, the first EcoSport was rolled out from the same plant in 2003.

It was reported that the next-gen Ford EcoSport will be produced by either Mahindra-Ford partnership or Chagan (Ford’s partner in China). The new report claims that the new model is being developed on very unique lines and will be vastly different from the outgoing model.

The next-gen Ford EcoSport will ride on a longer wheelbase, which will allow the company to free more space inside the cabin. Adding to it, the SUV will come with hidden spare wheel. The removal of tailgate mounted spare wheel will allow Ford designers to work on the exterior styling of the SUV. Inside the cabin, the next EcoSport will receive a fully-digital instrument console similar to that of the European-spec Ford Puma.

It was speculated that the next-gen Ford EcoSport will be based on the Mahindra’s sourced X100 platform, which also underpin the XUV300 and the SsangYong Tivoli. It is now reported that the new model will be developed on the Fiesta’s B-platform. While the base will remain the same, the design of the SUV will see drastic changes. The next-gen Ford EcoSport is expected to be launched around 2021.