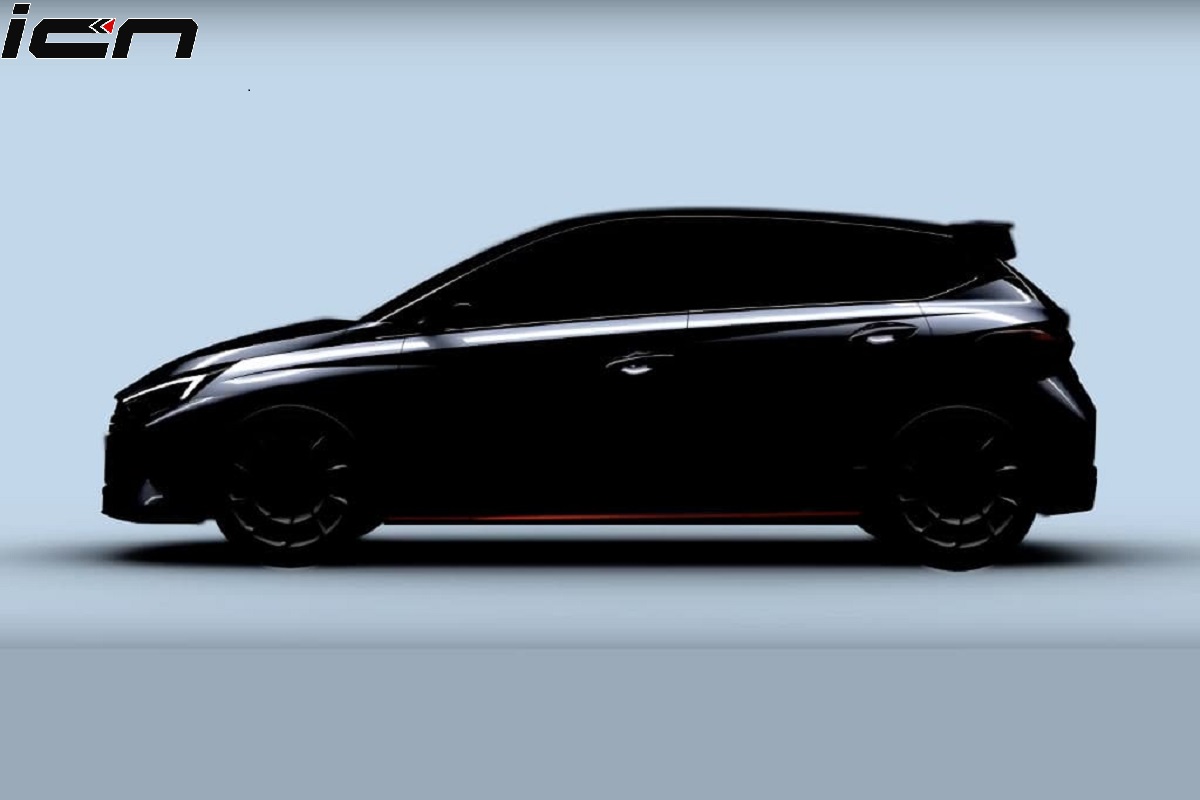 Korean automaker, Hyundai has recently revealed the pictures and details of the new-gen i20 hatchback. The company has also teased a sportier N derivative of the all-new Hyundai i20 premium hatchback, which is expected to debut later this year. The hot hatchback Hyundai i20 N made a small appearance in a video of the regular model with a tagline ‘to be continued’.

The teaser of the new Hyundai i20 N variant reveals that the sportier model gets larger alloy wheels. Other key features include a prominent roof-mounted spoiler and sporty side sills with red accents. It is also expected to receive different bumper design at the front and rear, which will give it a more aggressive profile.Also See – New Hyundai i20 Interior and Features Revealed

It is also expected that the interior of the new Hyundai i20 N variant will feature sporty elements. However, most of the features and other details will be shared with the standard hatchback. The new i20 N is likely to receive lower ground clearance, stiffer suspension set-up, upgraded brakes and tweaked steering for enhanced handling.

Powering the new i20 N is a larger, more powerful 1.6-litre direct-injection turbo-petrol engine that is likely to produce around 200bhp of power. It is expected that the engine is paired to a 6-speed manual gearbox.

In the Indian market, Hyundai has upgraded the outgoing Elite i20 with the BS6 emission norms. It is expected that the next-gen Hyundai i20 will be launched in the country by the festive season, before Diwali. The company is also considering introducing its N performance brand in India. In fact, the company had showcased the i30 Fastback N at the 2020 Auto Expo.