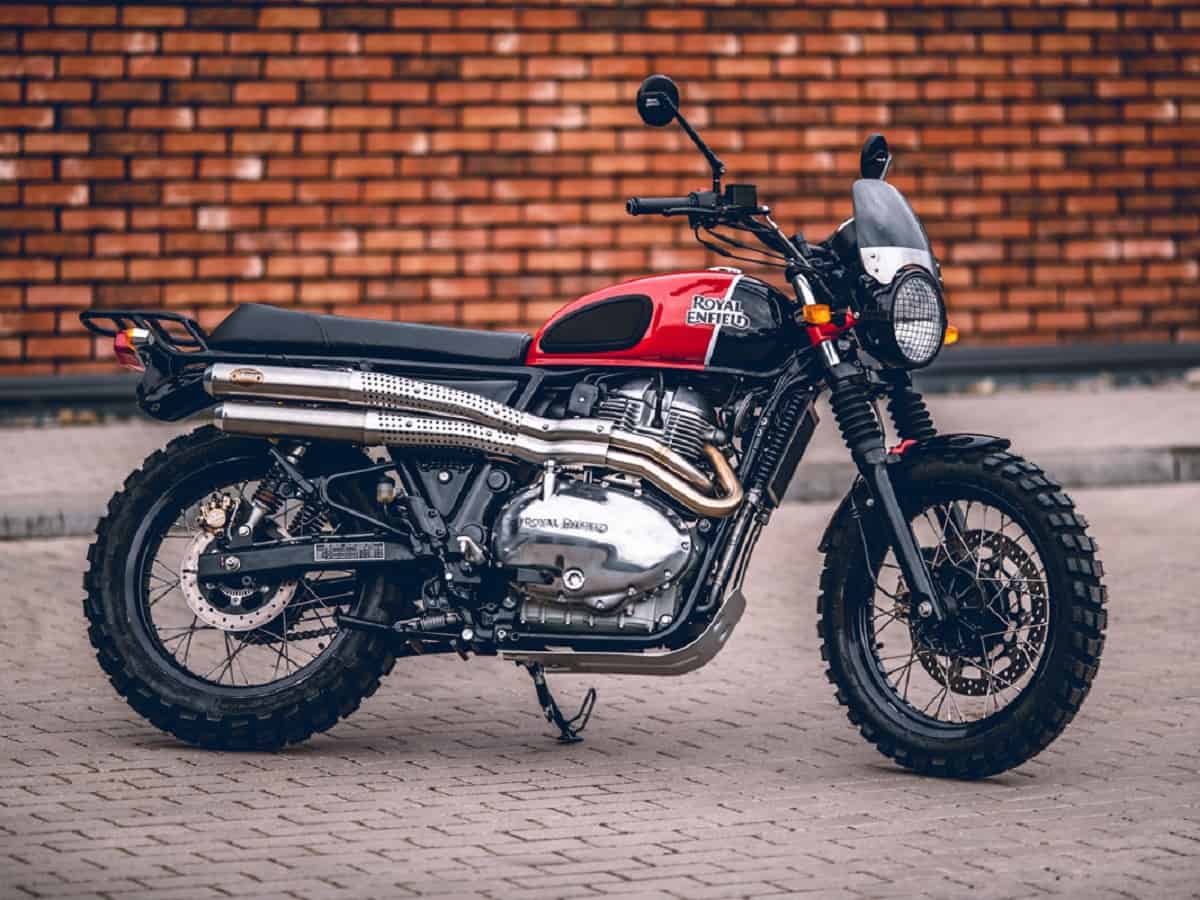 The RE Interceptor MCH Scrambler is a custom bike built by Moto Classic House (MCH) in Latvia. It has been priced at 9,380 Euros, which is around Rs 7.77 lakh (as per the current exchange rates).

Only 10 units of the custom RE scrambler will be designed and sold in Latvia. Each unit has been packed with genuine RE accessories along with some aftermarket components. Read – All Royal Enfield Bikes Get Rs 10,000 Benefits

Based on the RE Interceptor 650, the customized scrambler looks more distinctive with better on and off-road capabilities. One of the major attraction of the bike is the side mounted high Zard Scrambler exhaust that’s made it 12kg lighter than the RE Interceptor 650. The Royal Enfield Interceptor MCH Scrambler is also claimed to be more powerful, thanks to its engine ECU (engine control unit) booster.

The customized RE scrambler has motocross bike handle bar and a small flyscreen.  Features such as Michelin Anakee knobby tyres (110/80-18 up front and a fat 140/80-18 at the rear), suspension setup with fork gaiters, a small engine bash plate and a small luggage rack for hooking a tailbag make it more compatible for rough terrains. Read – BS6 Royal Enfield Classic 350, Bullet 350, Himalayan Prices Increased

Similar to the RE Interceptor, the Royal Enfield Interceptor MCH Scrambler derives its braking power from a single 320mm floating disc front and a 240mm rear disc brake. The latter one is further assisted by the standard dual-channel ABS (anti-lock braking system).

The length, height and wheelbase of the custom RE scrambler stand at 2122mm, 1165mm and 2122mm respectively. It has a ground clearance of 174mm and offers a fuel tank capacity of 12.5-litres.