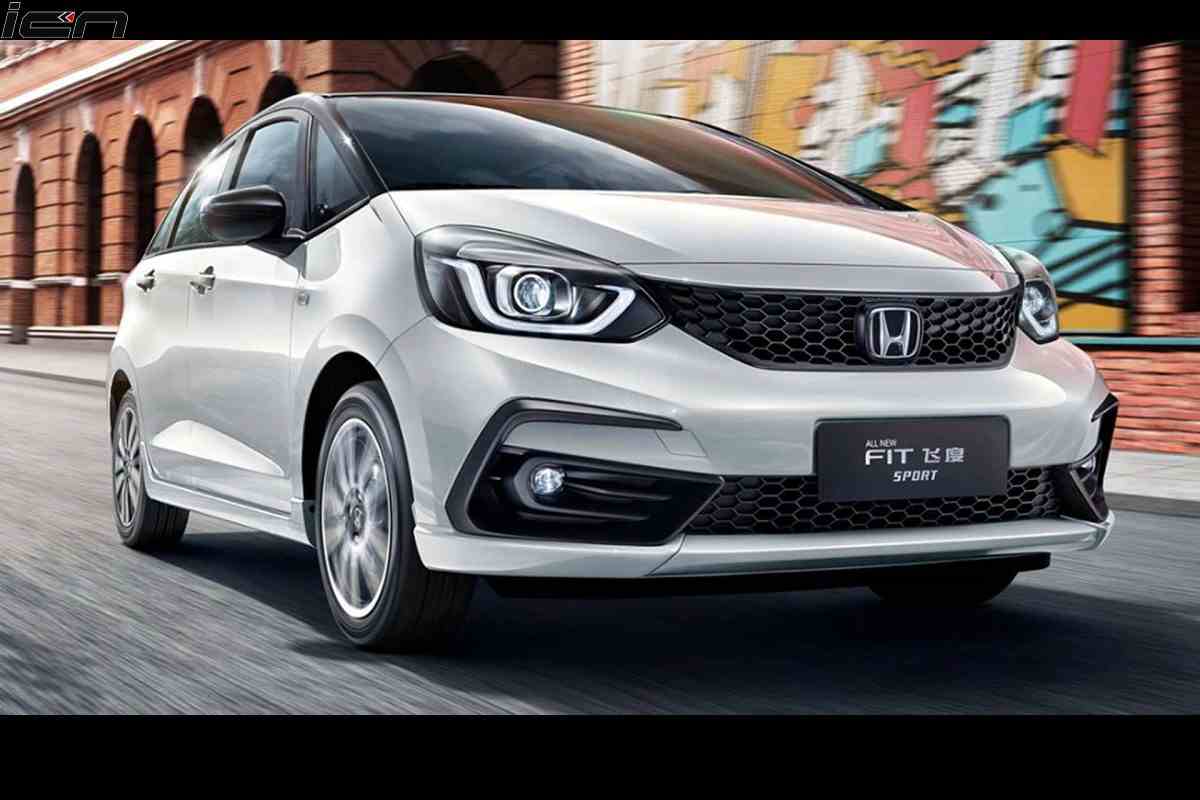 Japanese automaker, Honda had revealed the new-gen Jazz/Fit hatchback at the 2019 Tokyo Motor Show. The hatchback is already on sale in Japan as well as in Europe. Now, the fourth generation Honda Jazz aka Fit has made its debut in China. The hatchback is scheduled to be launched in August 2020.

The Chinese spec Honda Jazz will be offered in 2 variants – Sport and Crosstar. The new model will be powered by a 1.5-litre naturally-aspirated, 4-cylinder petrol engine that produces 129bhp. Power is transmitted to the front wheels via a CVT automatic.

The biggest change is that the Chinese-spec Honda Jazz Sport looks significantly different and less cute than the standard variants of the Jazz sold in Japan and other markets. It features a more striking front grille than the plain and covered one. Adding to it, the bumper design has also been updated for more aggressive front profile.

The new Chinese-spec Honda Jazz features honeycomb pattern mesh insert on the front grille, which makes it look way better and more acceptable to wider audience. At the back, the hatchback gets re-styled bumper that has protruding ends to house the repositioned reflectors. Besides these changes, the Chinese-spec Honda Jazz Sport looks similar to the regular Jazz.

The Crossstar variant of the Chinese-spec model is identical to the one available in Japan and Europe. It features raised ride height, wheel-arch cladding, integrated roof spoiler and newly styled front grille. This model rides on bigger 16-inch alloy wheels.

The Honda Jazz for China has regular handbrake instead of an electronic parking brake. It will have an upgraded touchscreen infotainment system, a digital instrument console, dual-tone interior scheme, automatic air conditioning, a two-spoke steering wheel and others.

The new-gen Honda Jazz is not likely to arrive in our market anytime soon. Honda is ready to launch the upgraded version of the existing Jazz, which will have slightly revised styling and better equipped interior. Moreover, the hatchback will receive BSVI compliant 1.2L petrol engine. Adding to it, Honda will also launch the fifth generation City sedan and the WR-V facelift in India in July 2020.