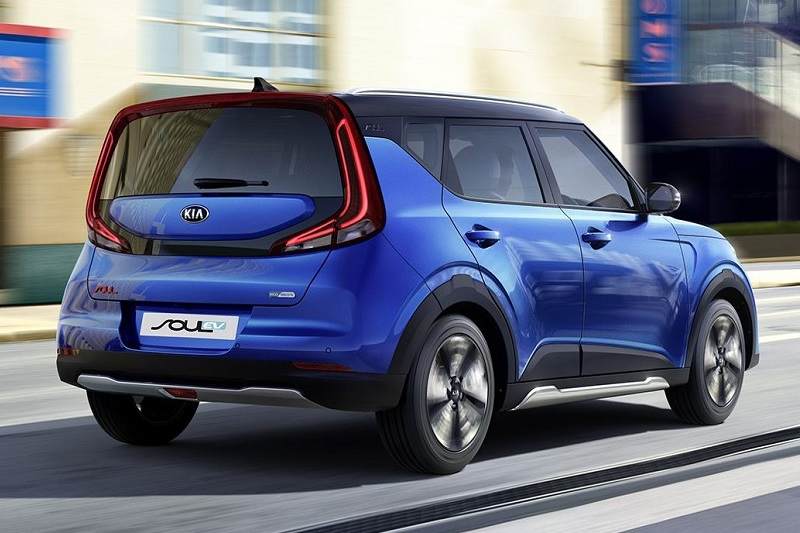 The 2020 Auto Expo has been scheduled to begin from 7th February. The next year’s biennial event will witness unveiling of some exciting product concepts and models. Alongside, there will be a range of electric vehicles that will debut at the motor show. Here, we have listed the top 8 new electric cars that will be showcased at the 2020 Auto Expo.

India’s largest passenger carmaker, Maruti Suzuki might showcase its first all-electric vehicle – Maruti WagonR EV. To be sold via Nexa dealerships, the electric iteration of the hatchback is reported to deliver a range of around 130km. It will support both standard AC charging and DC fast charging. One can charge its battery in 7 hours via AC charger and up to 80% in 1 hour via fast charger.

Tata Nexon EV will be the first electric vehicle from the home-grown carmaker that will be available for private buyers. It will also mark debut of the company’s latest Ziptron technology that’s claimed to deliver long range with fast charging capabilities. The Nexon EV will return an electric range of around 300km in a single charge.

Tata Altroz electric hatchback could also be showcased at the 2020 Auto Expo. First previewed at the 2019 Geneva Motor Show, the Altroz EV (India-spec) might also be equipped with the Ziptron electric engine featuring “the best-in-industry” bust and water proof battery system. More details about the vehicle are likely to be revealed at the event.

MG ZS electric SUV will be the second product from the British carmaker in India. The vehicle will debut on 5th December and then put up on display at the 2020 Auto Expo. Powering the ZS electric will be a 44.5kWH battery pack paired to a 150PS electric motor. It will deliver a range of over 400km and it can be charged up to 80% in just 40 minutes via a fast charger.

The production-ready version of the Mahindra KUV100 electric might debut at the 2020 Auto Expo. While the eKUV100 will be a replacement to the Mahindra e2o, it will source the engine from the eVerito. Though, the powertrain could be tuned for delivering better driving range. Its power and torque figures are likely to stand at 42PS and 91Nm respectively.

Mahindra & Mahindra has confirmed the electric iteration of the XUV300 subcompact SUV for the Indian market. The vehicle might make its first public appearance at the 2020 Auto Expo. The electric SUV will be made available with two battery packs, offering a range of 300km. Its long-range version will get a 40kWh battery pack with a 130bhp, electric motor.

Renault City K-ZE (Kwid electric) has already been launched in the Chinese market. The French carmaker will also bring in the electric version of the hatchback in India. For power, the vehicle gets a 26.8kWh lithium-ion battery pack with an electric motor that delivers power close to 44PS. It delivers a claimed NEDC range of 271km and a top speed of 105kmph.

Kia Motors India might unveil its globally successful Soul electric compact car at the 2020 Auto Expo. Its global-spec long range version comes with a 64kWh battery delivering power worth 204bhp with 395Nm of torque. The electric car returns a range of 452km.