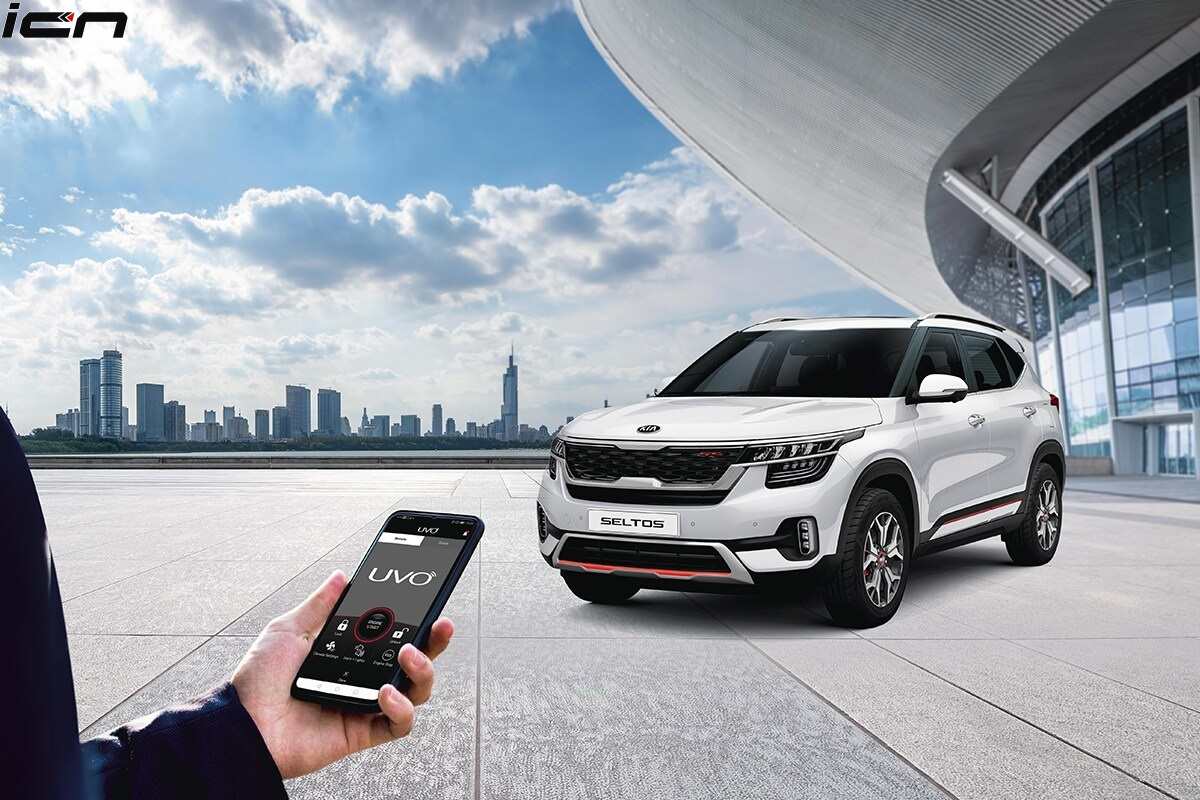 Furthermore, the carmaker offers the UVO Smart watch app connectivity that enables the user to operate connectivity features via a smart watch. The Smart watch should have iOS, Android or Tizen operating system. Kia has confirmed that the updated UVO system will also be made available on the upcoming Sonet subcompact SUV that will come in August – October period. The company showcased the model in its concept form at the 2020 Auto Expo.

The upcoming Kia Sonet will share its underpinnings and engines with the Hyundai Venue. Though, its design and interior will be completely different from its cousin. The new Kia compact SUV will be made available with diesel-automatic combination that misses out on the Venue. Hyundai recently announced that it will soon introduce iMT (Intelligent Manual Transmission) on the Venue 1.0L turbo-petrol model. The same clutchless manual gearbox will be offered on the Kia Sonet. Prices of the new Kia small SUV are estimated to fall in Rs 7 lakh – Rs 12 lakh band.