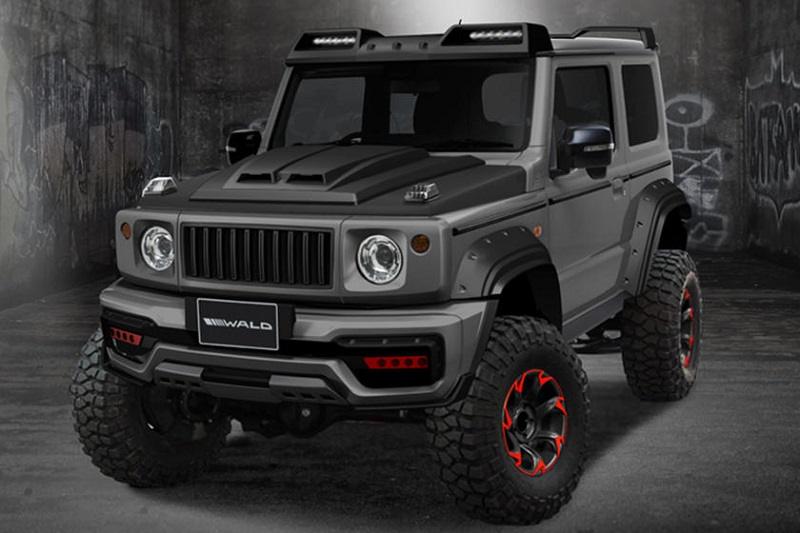 Indo-Japanese brand is reportedly planning to bring back the iconic Gypsy nameplate in the country. Japanese media reports that Maruti Suzuki will launch the new Jimny SUV as the next Gypsy in India in early 2020. The India-spec model will be a 5-seater SUV and is likely to come with 250mm longer wheelbase compared to the 3-door Jimny. The new model is expected to share the styling cues from the Jimny Sierra. Expected to be unveiled at the 2020 Delhi Auto Expo, the new model could receive the new 1.5-litre K15B petrol or a 1.2-litre petrol engine.

Maruti Suzuki is also readying a 5-seater preium SUV, which is expected to debut as concept at the 2020 Delhi Auto Expo. Previous media reports claim that the new SUV will preview the next-gen Vitara SUV. The new model is likely to arrive in 5 as well as 7-seat layouts. It will directly rival the Hyundai Creta, Nissan Kicks, Kia Seltos and others in the compact SUV category. The new model is expected to be powered by a 1.2-litre turbocharged petrol engine.

Tata Motors is readying an all-new mid-sized SUV, which will be slotted between the Nexon and the Harrier. The new model is reportedly to be based on the Chinese Chery Tiggo 5X. The new model will directly rival the likes of the Hyundai Creta, Nissan Kicks, Renault Duster and the Kia Seltos. Internally called the Tata Blackbird, the new mid-sized SUV could make its debut in concept form at the 2020 Delhi Auto Expo. The new SUV is expected to be powered by a BSVI compliant 1.5-litre turbocharged diesel engine.

French automaker, Renault is working on a sub-4 meter SUV for the Indian market. Codenamed HBC, the new SUV is reportedly to make debut at the 2020 Delhi Auto Expo. The new model will be based on the Triber’s platform, which is nothing but the modular CMF-A platform. The new model will challenge the likes of the Maruti Vitara Brezza and the Tata Nexon.

Tata had showcased the H2X micro SUV concept at the 2019 Geneva Motor Show. The production version of the small SUV will be launched in 2020 and is expected to make debut at the 2020 Delhi Auto Expo. Internally called Hornbill, the small SUV will take on the Mahindra KUV100 NXT and the upcoming Maruti S-Presso. It will be the second model to be based on the brand’s new ALFA modular platform, which also underpins the Altroz. The micro SUV will be powered by a 1.2-litre Revotron petrol engine, which will be compliant with BSVI emission norms.