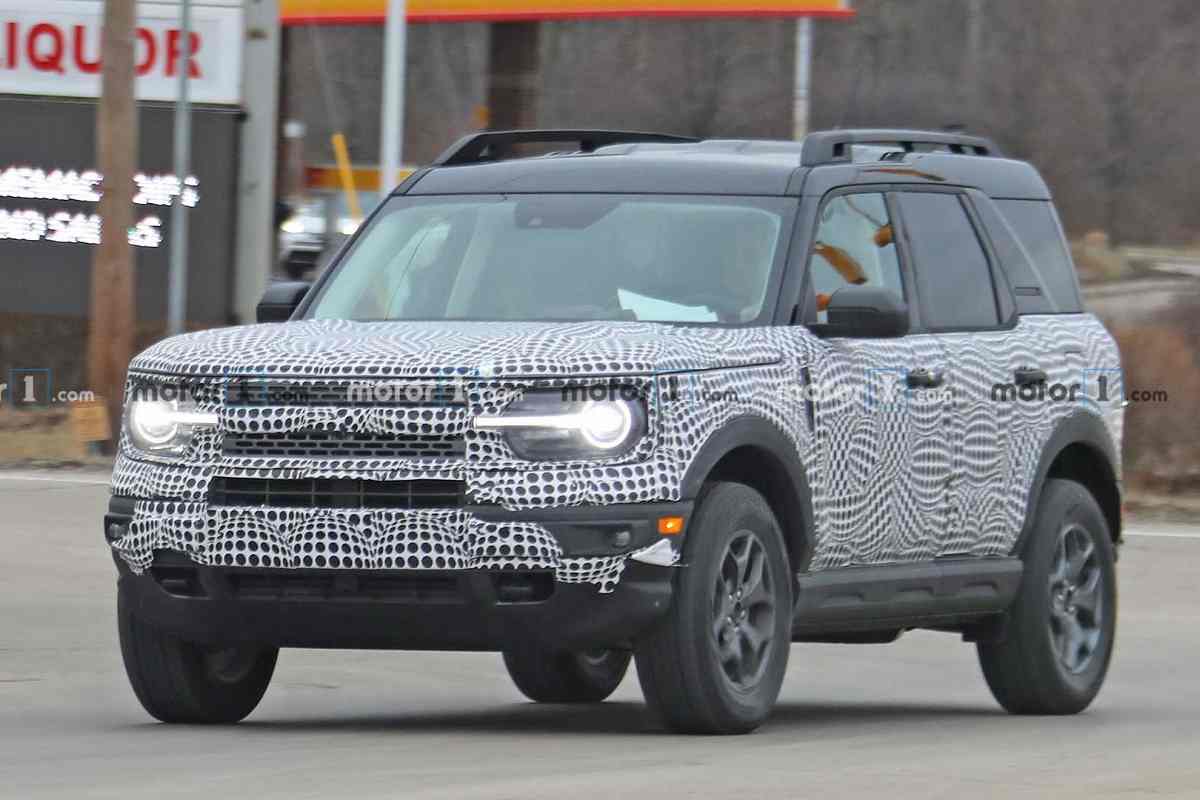 American automaker, Ford is currently testing the new-generation Bronco SUV, which is likely to be unveiled in April 2020. Images of the production Ford Bronco have already hit the web-world, but they were blurry. Here is a new set of spy images, which reveals much more about the design details of the upcoming Ford Bronco.

The latest-gen Ford Bronco Sport features the traditional design element at the front, while the head-lights are similar to the older model. The headlamps feature circular lamps with a horizontal strip of lights cutting into the center. Big Bronco logo will be placed in the center bar of the grille, and there will be black mesh treatment with thin strips of open area. The lower bumper design is simple, and the dark bumper accommodates driving lamps in the corner.

The Ford Bronco Sport features angular silhouette, front upright and chiseled lines. The angled C-pillar, sporty looking roof rail, black plastic cladding and squarish profile give it a tough, rugged appearance. It is based on the new Escape platform.

At the back, the SUV’s hinges are placed near the roof indicate that the glass can open separately from the rest of the hatchback. The spotted model has small-sized rear wiper; however, the production model could receive a bigger wiper. The new Bronco SUV will directly rival the Jeep Compass SUV.

It is likely to share the mechanics with the Escape, which includes 150bhp, 1.5-litre EcoBoost and a 250bhp, 2.5-litre EcoBoost. It is quite early to comment whether the new Bronco will make way to India. The company is readying an all-new C-segment SUV, which will be co-developed by Ford and Mahindra.