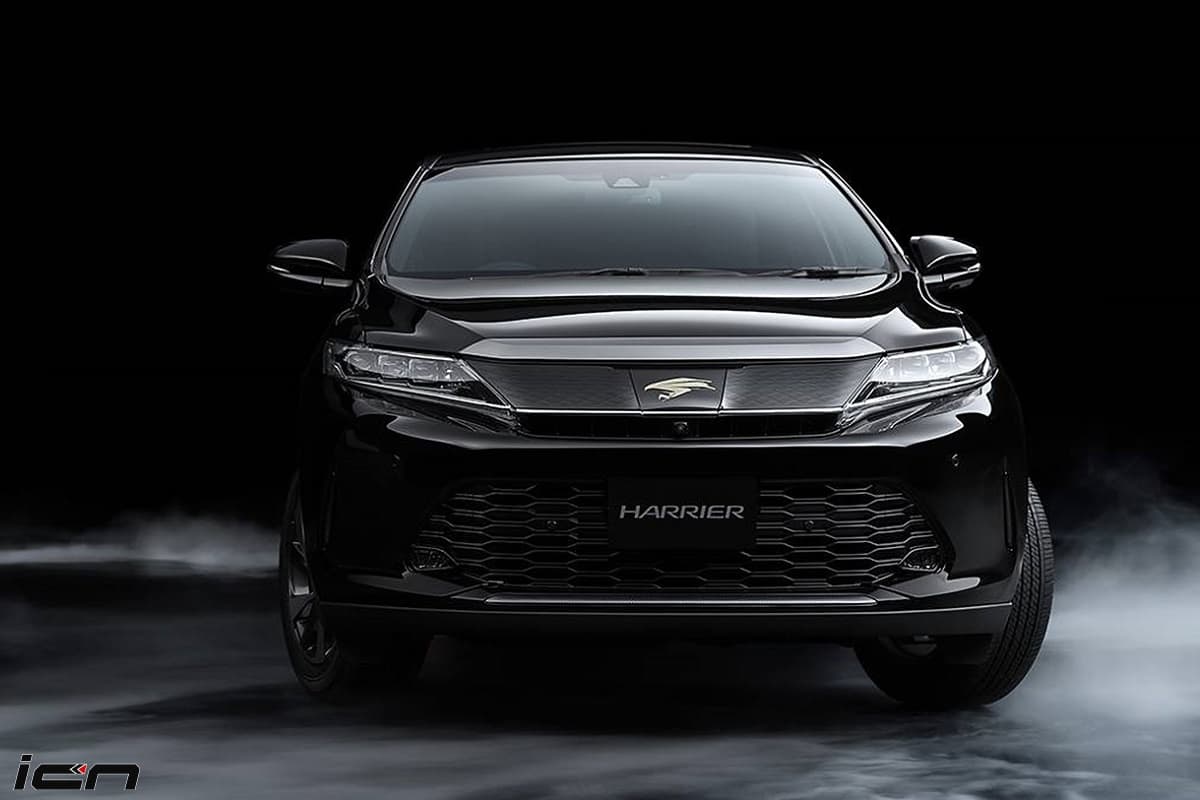 Clear pictures of the fourth-generation Toyota Harrier SUV have been leaked on the web. Design and styling of the new model has received significantly. Upfront, the SUV carries a sleeker chrome grille, sharply designed LED headlamps and new LED DRLs with dual branches that resemble to the new Avalon sedan. Bits such as elongated bonnet, sleek roofline and tapered rear window further enhance its appearance. Check Out – 2020 Toyota Fortuner Facelift Pictures Leaked

The full-width LED taillamps have also been revised. Inside, the 2020 Toyota Harrier gets a dash cam integrated in the rear view mirror along with an electrochromic sunroof. Features such as premium Nappa leather seats, memory seat with front seat ventilation, coloured MID with optitron meter, electrochromic rear view mirror with auto dimming, power adjustable tilt & telescopic steering and smart start and entry system are likely to be carried over from the current generation.

If reports are to be believed, the 2020 Toyota Harrier will be bigger than the current generation. This will help the carmaker accommodate an optional third row of seats. The SUV’s all-new model will be designed on the Toyota New Global Architecture (TNGA) platform. Read – Upcoming Toyota Cars In India

The SUV’s new-generation model might be offered with a 2.0L direct-injected Dynamic Force petrol engine sourced from the Toyota RAV4. The motor makes a top power of 172PS against a peak torque of 203Nm. Reports suggest that the new Harrier might also get a 2.5L petrol hybrid powertrain carried over from the Camry sedan. The hybrid system includes two electric motors delivering a combined power of 211PS.

Japan will be the first market to receive the 2020 Toyota Harrier SUV, followed by other Asian countries.