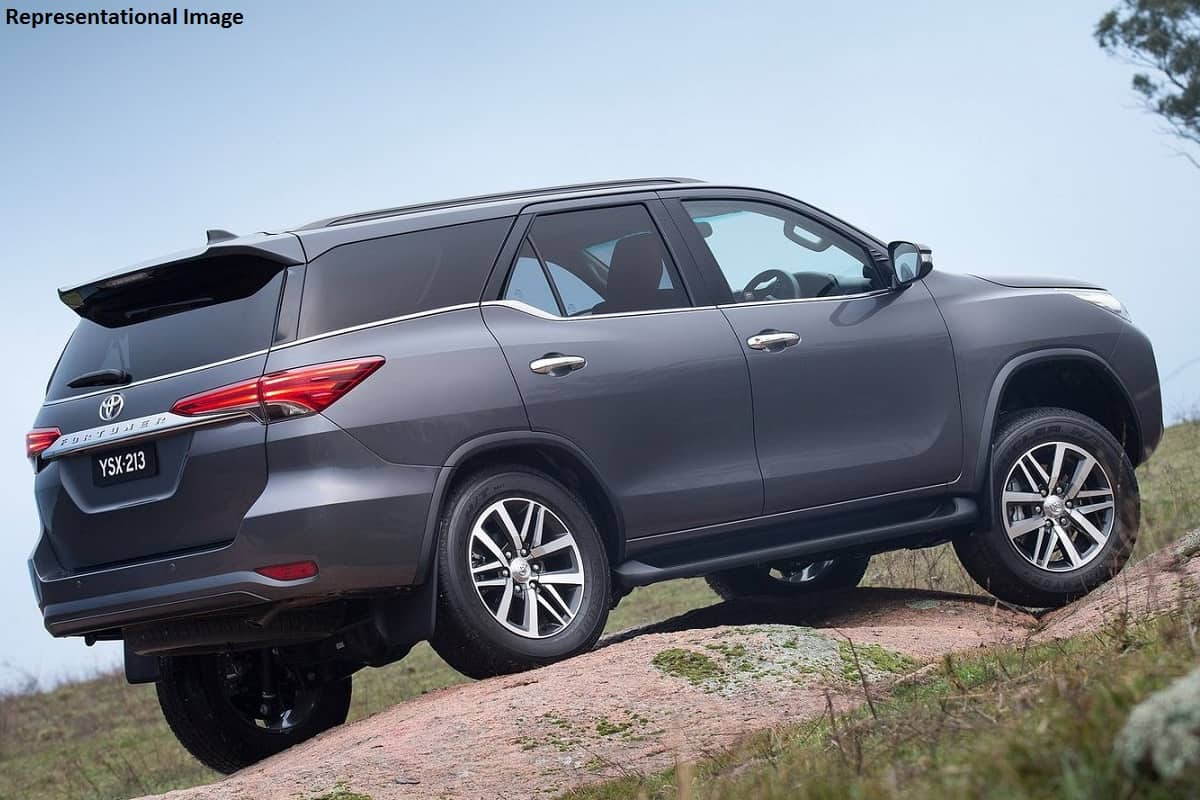 First spy pictures of the 2020 Toyota Fortuner facelift have been emerged on the web. The images confirm that SUV’s updated model will receive major cosmetic changes at the front end. Its front grille with glossy black inserts and multiple slats seems inspired by the Toyota RAV4 and Raize. The front bumper appears more prominent with triangular faux air intakes. The headlamps have also been revised with new inserts. The skid plate with gloss black finish add more to its new look.

At the back, the updated Fortuner is likely to gets a revised bumper and taillamp inserts. Interior details are still under the wraps. Though, it might get an updated infotainment system along with a few more features including new upholstery for seats, new steering wheel and new gear lever.

Engine setup of the Fortuner facelift (India-spec) is likely to include the BS6-compliant 2.7L petrol and 2.8L diesel. Globally, the SUV will be offered with a range of petrol and diesel engine options including 2.7L petrol, 4.0L petrol, 2.4L diesel, 2.8L diesel and 3.0L diesel. Read: 2020 Toyota Fortuner Epic Revealed- Key Features Explained

While India launch date of the updated Fortuner is yet to be announced, it’s likely to hit roads by the end of this year. Prior to that, the 2020 Toyota Fortuner facelift will make its debut in ASEAN markets in coming months.