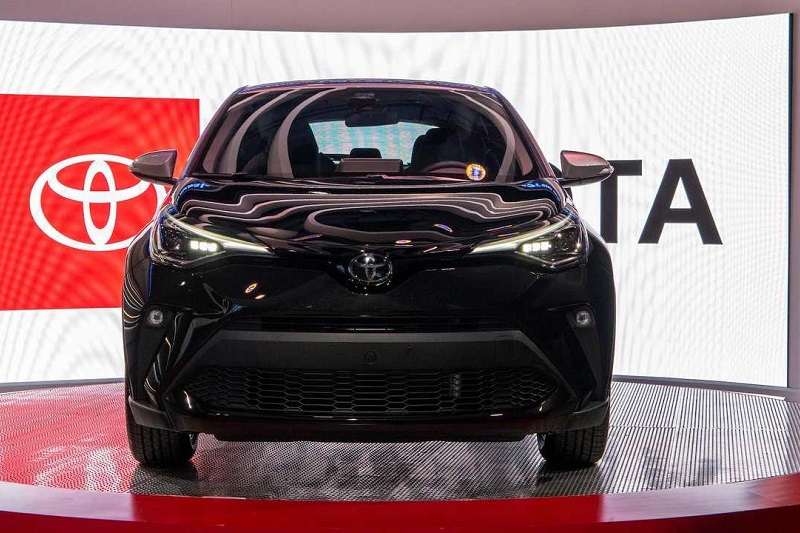 Japanese automaker, Toyota has introduced the updated version of the popular C-HR crossover. The crossover looks largely identical, though it receives significant changes to exterior design elements. It is equipped with new honeycomb grille, re-styled headlights, and new front bumper and spoiler. The fog lamps are now moved to the side vents.

The company is also offering new silver roof with the standard Black Sand Pearl paint. Toyota has discontinued the white roof, which was available in the pre-facelift model. Inside the cabin, the 2020 Toyota C-HR sports new standard gray headliner which is claimed to improve the airiness of the cabin. It also gets a black leather seating option. The top-spec XLE variant has all-new black sport fabric with blue accents and contrasting stitching. The SUV is equipped with an 8.0-inch touchscreen infotainment system with Android Auto and Apple CarPlay along with Amazon Alexa compatibility. Also See – Toyota Fortuner TRD Sportivo launched

Powering the SUV is a 2.0-litre 4-cylinder naturally aspirated petrol engine that is capable of producing 144bhp of power and 188Nm of torque. This engine is coupled to a CVT transmission with a simulated seven-speed sequential-shift feature.