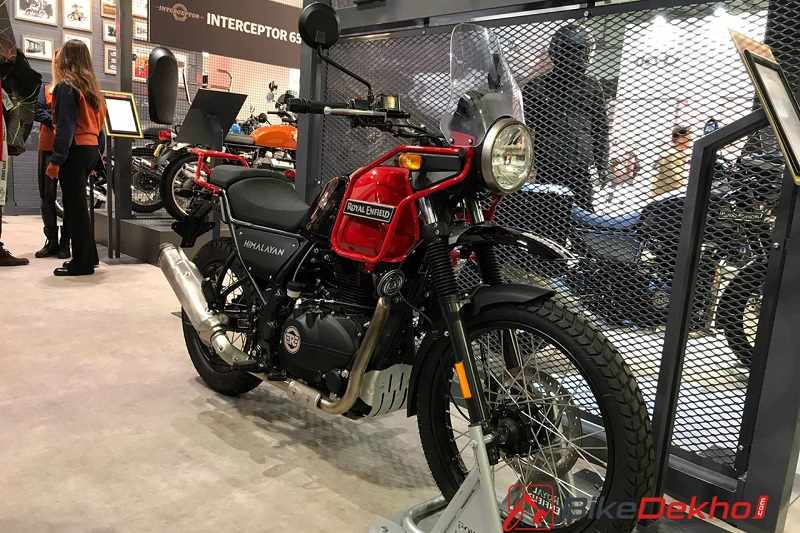 At the recently concluded 2019 EICMA motor show, Royal Enfield showcased three new colour variants of the Himalayan motorcycle. The new colour schemes are likely to be offered on the updated version of the bike. According to a latest media report, the 2020 Royal Enfield Himalayan will also receive a switchable ABS (anti-lock braking system) and hazard light feature.

The switchable ABS, which is usually offered on performance-oriented or ADVs bikes, allows the rider to lock up wheel and slide in the dirt by turning off the rear ABS. The hazard warning lights warn other motorists or road users that the vehicle could be a hazard for them and they exercise caution when driving around it. Read – Royal Enfield Electric Bike In The Works

Besides these two new features, the 2020 Royal Enfield Himalayan will receive BS6-compliant version of the existing 411cc, single-cylinder, air-oil cooled engine. In its BS4 form, the motor delivers power worth 24.5bhp with 32Nm of torque. Transmission on offer will be the same 5-speed unit. Read – Royal Enfield Regale Bobber 650 Showcased At Rider Mania 2019