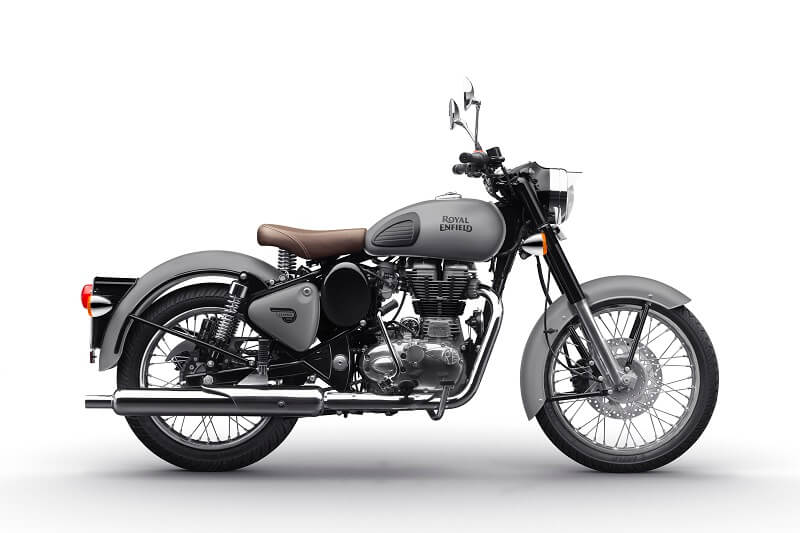 The 2020 Royal Enfield Classic 350 and 2020 Royal Thunderbird might make their global debut at the EICMA that’s scheduled to happen from 5th to 10th November, 2019. We have seen multiple spy pictures of the new-generation models of both motorcycles. The updated versions will come with improved styling along with a pack of new features and components. Check Out: Royal Enfield Classic 350 S – Price & Details

Major changes, however, will be made to their engine mechanism and chassis. The 2020 Royal Enfield Classic 350 and 2020 Royal Thunderbird will underpin an all-new double cradle chassis and feature new BS6-complaint engines. The power and torque figures will be more or less similar to the current powertrains.

The spy pictures revealed that the 2020 Royal Enfield Thunderbird will get a revised fuel tank, a new side panels, fuel tank and rear fender. The bike will feature a new, more compact exhaust.  Though, it will retain the telescopic suspension and dual shocks at the front and rear axles respectively. The front disc brake will be slightly repositioned and dual-channel ABS (anti-lock brake system) is likely to be offered as standard fitment.

Talking about the 2020 Royal Enfield Classic 350, the updated model will feature newly-designed gearbox casing similar to the RE Interceptor 650. Rumour has it that the bike’s new model might get a slick-shifting 6-speed transmission. Other changes will include new switchgear and a new part analogue-part digital speedometer console.